7 Religious Sites in Delhi You Must Visit 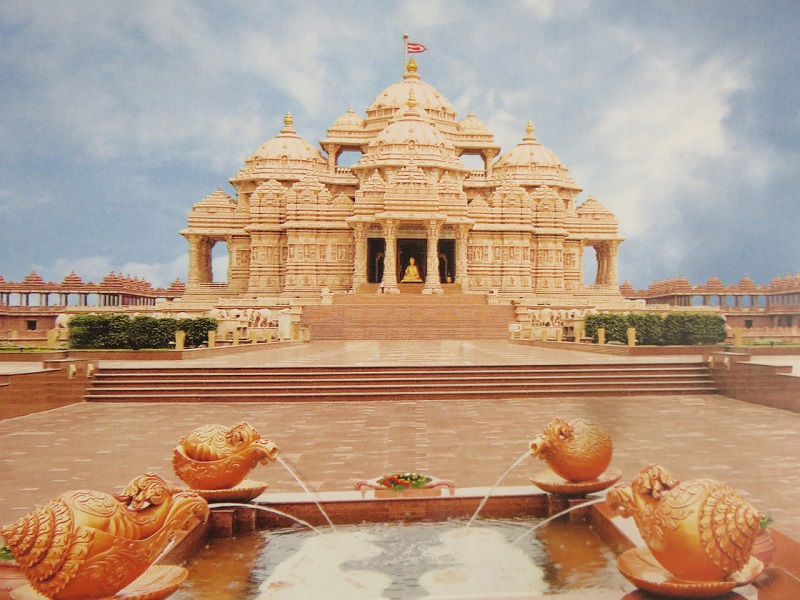 Delhi is an overpopulated, noisy and busy metropolitan city for many and it is much true when the focus is on its urban space full of extreme flow of vehicles and people. However, there is another side of the city equally serene, rooted and religious. We are talking about the religious sites in Delhi that will make you realize the worth of exploring the roots of spirituality and religion in the capital city of India. From temples to mosques to Sufi shrines to gurudwaras, Delhi has it all. Read on to know about the top religious sites in Delhi one must visit.

Hazrat Nizammudin is a sacred mausoleum or dargah built in name of a Sufi religious leader, Nizammudin Auliya in 13th century. Located in the busy end of Nizammudin West, it is one of the major pilgrimage places in Delhi not restricted to muslims but every faith co-existing in the country. The mausoleum is home to the tombs of the famous Amir Khusro (a Sufi poet of 13th century), the well-known Sufi musician of 19th century Inayat Khan (founder of Sufi in the West) and Jahanara Begum, the Mughal Princess who lived in 17th century. Pilgrims and visitors come to this sacred spot to seek blessings of Allah and soak in to the serene atmosphere around. Women are not allowed in the main shrine.

Next on the list is the famous Lotus Temple. Situated in the South of Delhi, the temple attracts visitors from all across the world for its splendid architecture – the shape of the lotus flower. The site belongs to Bahai faith which is a monotheistic form of religion promoting love for humanity. This temple welcomes people of every faith, every religion and every caste. The temple is built with 27 marble petals designed to form a shape of the lotus. You can relax i the beautiful lawn within the temple’s boundary. What stops you from exploring the religious side of the country’s capital? Book your last minute flight today and get your packing done!

Kalkaji Mandir is located in close proximity to the Lotus Temple. The religious site is dedicated to the Hindu Goddess Kali and represents a strong and alluring architecture. Built with red stone, the temple attracts pilgrims and devotees looking forward to learn about Hindu Mythology and Indian culture. You need to stand in the queue for ‘darshan’ and take the offerings to Maa Kali to seek her blessings. You will find both Indians and foreigners visiting one of the Hindu religious places in Delhi with great devotion.

Chattarpur emple is another famous religious site in Delhi situated at a distance of 4 kilometers from Qutub Minar. It si a temple dedicated to the Katyayani form of the Hindu Goddess Durga. Built in the year 1974 by Baba Sant Nagapalji, a self-proclaimed saint, the temples boasts the south-Indian style of architecture which is found uncommon in the areas of North India. Being the second largest temple across the world, Chattarpur Temple attracts millions of visitors and devotees throughout the year. The complex of the temple is extended to an area of 24 hectares and the best time to pay a visit at the temple is during Navaratri, a well-known Indian festival dedicated to Maa Durga.

You will be awe-struck looking at the high minarets of the world-famous monument Qutub Minar. Covering a large area of Mehrauli by its high-standing minarets, Qutub Minar is evident of the rule of the Delhi Sultanate during the 12th century and is one of the best places to visit in Delhi. Originally a historical monument, the place was converted into a sacred mosque. However today, it is declared as one of the World Heritage Sites of India by UNESCO and is not considered as a place of worship thereafter. No matter if you are in Delhi traveling on a business class flight for an important conference in the city, it is always a pleasure to spare some time for the amazing Qutub Minar.

When in Delhi, you will find several Gurudwaras, a religious place of worship for the Sikhs. Gurudwara Bangla Sahib is one of the famous gurudwaras in the capital city where you can spend the morning feeling relaxed and spiritual by the raagi tunes, the recitation of Guru Granth Sahib (holy book of Sikhs). It is located in the center of CP (Connaught Place), the gurudwara is encompassed by water on all its sides. It is called the sister temple of Golden Temple in Amritsar as it resembles the holy attraction a lot.

Akshardham Temple is known amongst the most religious places around Delhi for its representation of great religious stalwarts over a century. Swaminarayan Akshardham Temple is considered as an epitome of almost 10,000 years of Indian culture in its spellbinding beauty, grandeur, bliss and wisdom. It showcases the art of traditions, ancient architecture and eternal spiritual messages. When you visit the Akshardham Temple, you are sure to feel enlightened by the religious journey as you pass through the glorious Indian art, contributions and Indian values in terms of harmony, happiness and progress of mankind on whole.

If you are a culture enthusiast wishing to travel to India from USA, the first place we want you to consider is Delhi because a lot of tourists from USA to India visit the nation’s capital every year and the number in only increasing year by year. To save on your pockets, find the best deals on San Francisco to Delhi flights at Indian Eagle.

To truly experience Hyderabad, you must visit its vibrant and bustling streets. Most markets in Hyderabad have a long history, which makes them unique...
Travel

3 Beautiful Islands Near Seattle You Must Visit

The glimmer of Puget Sound. The lustrous Salish Sea. The glint of bluish water all around. This is what you get when you visit...
News

Tadoba-Andhari Tiger Reserve in the district of Chandrapur, Maharashtra is the state’s oldest and largest national park. It is located almost 873.2 km from...

Previous article
6 Best Places to Hike Near Austin You Didn’t Know About!
Next article
All About the French Cities in America – Explore France in America