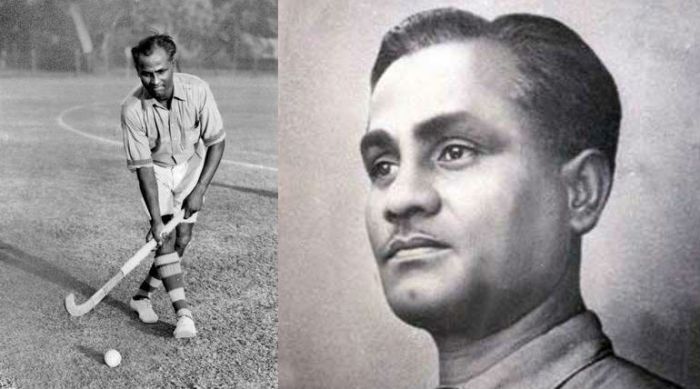 In the history of India, there have been some great sportsmen and one such personality is Dhyan Chand Singh, the famous Indian hockey player. He is a sportsman beyond comparison known for his skillful feats and exceptional hockey talents. He marks an important point in the record of Hockey in India, being a part of three gold-winning Indian hockey teams in the Olympics. It was during the 1936 Berlin Olympics that a rumor surfaced about Adolf Hitler proposing to give him German citizenship and make him the Colonel of the German Army impressed by his fantastic performance. There are many such incidents boasting the skills of Dhyan Chand and his abundant achievements. From joining the Indian Army as a teenager to shining as a successful Hockey player across the world, Dhyan Chand has made India proud at every turn. In this blog, we have thrown some light on the biography of Dhyan Chand Singh. Read on for a brief overview of his life and achievements.

His Early Life and Career

Born in Allahabad in the state of Uttar Pradesh, Dhyan Chand was the son of Sameshwar Dutt Singh who worked in the British Indian Army. Chand only went to school for 6 years because of his father’s regular transfers in job. They had to move places and studies took a back seat in Dhyan Chand’s life. As a youngster, he liked wrestling but didn’t have an inclination towards other sports.

When he was only 16, he joined the Indian Army where he started playing Hockey. He would practice after shifts and soon in the year 1922, he became a part of the team in the Army hockey tournaments. It was for his super skills that he was selected in the Indian Army Hockey team preparing for a tour to New Zealand in 1926. The team won 18 out of the 21 matches and the most successful player was Dhyan Chand, praised for his exceptional performance throughout the tournament. As soon as the team returned to India, Chand was promoted to Lance Naik.

His role in the Olympics

In the year 1928, Hockey was reintroduced in the Amsterdam Olympics and IHF (Indian Hockey Federation) wanted to have the best team flying to Amsterdam. Dhyan Chand also found a place in the team. India beat the German, Dutch and Belgian in the pre-Olympic matches leading by huge margins. In the debut match against Austria in the Amsterdam Olympics 1928, Dhyan scored 3 goals, winning by 6-0. This was just the beginning of Chand, he was unstoppable! India won back to back matches against teams like Denmark, Belgium and Switzerland, cutting their way to the finals. In the final match with Netherlands on 26th May, 1928, the chances of India seemed bleak as some of the top players have names on the sick list. Thanks to fate and Dhyan, India won the finals by 3-0 and took their first Olympics gold medal home.

Dhyan Chand Singh emerged as a hero in the 1928 Olympics with his 14 goals records in five matches. Then, there was no looking back for Dhyan Chand. He was the first player to be shortlisted for the 1932 Olympics. Others had to pass through the Inter-Provincial tournament to book their place in the team. Roop Singh, his brother also found a place in the team. The first match of the Olympics 1932 was against Japan which India won by 11-1. We triumphed over all the opponents and got our hands on the Gold, yet again. Post 1932 Olympics, it was the international tour that covered England, United States and many other countries. Out of the 37 matches played throughout the tour, India won 34 with Chand scoring 133 goals out of the total 338 goals scored. In the year 1934, Dhyan Chand Singh was made the Indian Hockey team’s captain and he led his team in the 1936 Berlin Olympics. His magic wand (the magical hockey stick) did wonders in Berlin too – It was India’s third successive gold medal in Hockey.

Chand continued playing till late 1940‘s and later in 1956, retired as a Major from the Indian Army. He turned into a coach after retirement.

His Achievements and Awards

Dhyan Chand Singh was honored with several awards in his sports career in Hockey. Some of the greatest achievements of Dhyan Chand are the three Olympic gold medals won successively in years 1928, 1932 and 1936. His record in scoring goals is remarkable – over 1000 goals & 400 of these were on international ground. He was acclaimed by the Padma Bhusan in 1956, the third highest Civilian Award of India, for his contribution to sports.

His legacy and personal life

Chand is still a legend of Hockey and he was worthy of all the titles given to him throughout his sports career – ‘The Wizard’, ‘The Magician of Hockey’ and some more. To honor his legendary role, the lifetime achievement award in sports, the highest Indian award in the field of sports has been named after him, the Dhyan Chand Award.

Talking about his personal life, Chand was married to Janaki Devi in 1936. They had seven sons. His last years were full of suffering and misery. He was short of money and had a disillusioned life. He died of liver cancer at the age of 74 in the year 1979.

Chand will always be remembered by the whole world, not just Indians. He has left his marks all across the world – Vienna built a statue of the legend with four hockey sticks in four hands. It is a depiction of his mastery in the sport. August 29, his birthday, is celebrated as National Sports Day in India.

Kochi, known for its natural and scenic beauty, is the ideal place to begin your travel journey with exciting and adventurous sports. For some,...
Sports

ENG vs IND Series: India to Take on England for the White-Ball Format

The on-going ENG vs IND series has been the talk of the town off late. The 5th test that could not be played last...
News

The online auction for the world’s richest cricket league began on Sunday, i.e, 12th June and continued on the second day on 13th June....
Events

It’s been eleven days since the start of the much-awaited Tokyo Olympic Games, India has 2 medals under its belt so far (with one...
News

India has seen many a great musicians and the latest name added to the list of prodigies is of the 13-year old piano master,...