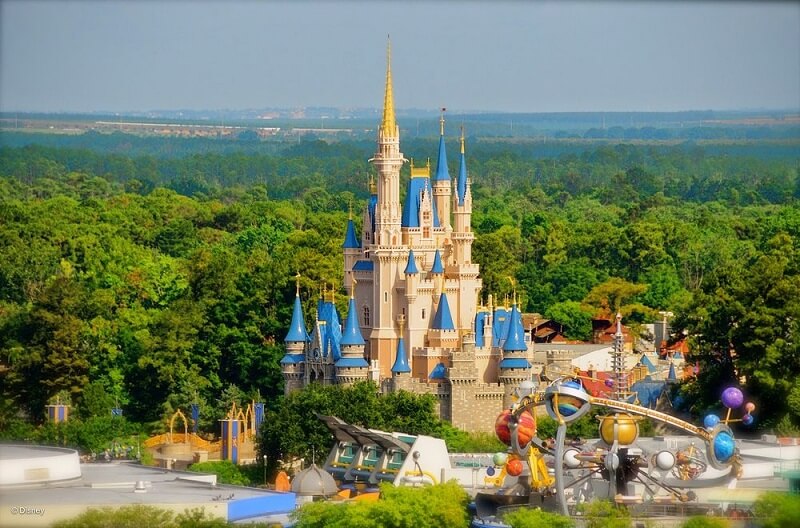 Spread over an area of 25,000 acres, the Disney resort has two water parks, several golf courses, a camping resort, 4 theme parks, 17 theme resort hotels, Disney Springs (outdoor shopping center) and almost 9 non-Disney hotels. If you are making plans for a family vacation to Walt Disney World Resort in 2019, read on to know everything about the fantastic place.

You can plan a trip to the paradise any time of the year as the place is always crowded. The real fun of visiting the theme park is when its crowded as watching others rejoice the thrills of the amusement park makes the experience all the more inviting and adventurous. If you still prefer visiting during off-season or when the place is less crowded, plan it when there are no public holidays or during winters when the weather is comparatively cooler.

Must Visit Places to Visit in the Walt Disney World Resort

Spanning over an area of 580 acres, this is one of the largest Disney parks in the world – The Disney Animal Kingdom. The zoological theme park embraces the concern about natural environment and animal conservation by Walt Disney. It is located in the western part of the resort and away from the other theme and amusement parks with an intention to preserve the natural habitat of the animals – no disturbance from the external disruptions.

EPCOT stands for ‘Experimental Prototype Community of Tomorrow’ – the second theme park of the Disney resort inaugurated on 2nd October, 1982 to celebrate human achievement, culture and technological progress. There are various amazing attractions of education and entertainment like the geodesic sphere. EPCOT is reported to be the 4th most visited and 7th most visited theme park in North America and world, respectively.

Things to Do in the Walt Disney World Resort

Blizzard Beach is a famous water theme park inaugurated on 1st April, 1995. Replete with unlimited number of pools and rides, it is one of the most entertaining things to do in the Disney resort. The park showcases a theme of a melting ski resort and one of the best attractions here is the Cross Country Creek and the ice cave where one can see melting snow. The rest of the park is well-heated and perfect for you to swim in the pools.

Located in the Hollywood Studios, the Tower of Terror was earlier settled in Disney California Adventure Park. What is this Twilight Zone Tower of Terror? A drop tower dark ride almost 60.7 meters long in height and one needs to be over 1.02 meters in height to ride. This is the original version established in the year 1994. The one in Florida is the second tallest dark ride tower, after Expedition Everest.

Pandora – The World of Avatar

Inspired by the movie Avatar by James Cameron, this theme park has got each of the details perfectly recreated that the views will leave you awe-struck even after coming out of it. The theme park was inaugurated in the year 2017 and is one of the most popular attractions of the Disney World today. You will love the alien wildlife, floating mountains, bioluminescent plants and everything else. To explore the theme park completely, even a day won’t be enough. Like Magic Kingdom tickets, you must also book the tickets to Pandora in advance to avoid long queues at the entrance.

To reach Walt Disney World Resort, you can book flight tickets to Orlando Sanford International Airport which is situated at a distance of 45 miles from the theme resort. From the airport, hire a private car to cover the one hour drive to the park. You can also take the easiest way to reach Walt Disney World, which is by driving your own vehicle. Depending on the place you are traveling from, you can also get buses to the Disney resort.