Want to be a Child Again? Hit the Best Amusement Parks in Florida 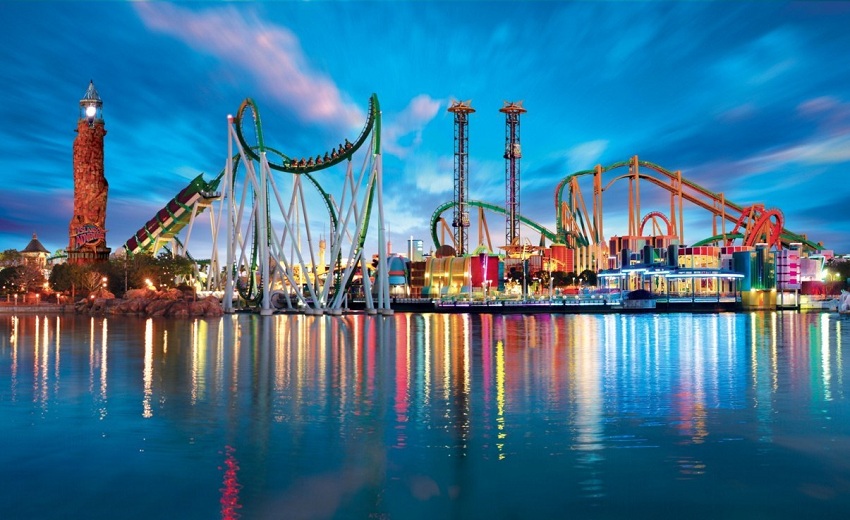 Thinking about amusement parks reminds of only one name in the mind – Florida. One can’t even think of amusement and theme parks without giving a thought to the amazing Florida. If you are someone who loves thrilling rides on a roller coaster, splashing down terrific water slides and want to see the world of your favorite TV shows and movies, this is it.

The Sunshine State has the best theme parks – 6 are in Walt Disney World Resort and 3 at Universal Orlando Resort. Categorized for toddlers, teens and adults, the amusement parks will bring you immense fun and enjoyment. Out of the best amusement parks in Florida, we have picked the top 5 for you. Here’s the list!

It is the name that started the arrays of amusement parks in the state of Florida. Walt Disney’s Magic Kingdom is a favorite of young kids and sometime of teens and adults who love the feeling of nostalgia. It was in 1971 when the Magic Kingdom opened its castle doors for the first time and ever since it has been on the top ranking of the best theme parks in Florida.

The Mickey Mouse, amazing Dumbo flights and the glorious fireworks displays will take you to another world – full of fun and magic. There isn’t much thrill to experience in this kingdom but going on a ride through dark on Space Mountain can bring you surprises. If you are parents to young kids or you still aren’t over your Disney love since childhood, head here and feel the magic of Walt Disney.

To all the movie fans and wannabe wizards reading this post, Florida has one of the top amusement parks, Universal’s Island of Adventure for you. It is here that the Wizardly World of Harry Potter came to life for the first time. Visitors wear robes and wands heading towards Hogwarts. When you are at Hogwarts, get the experience of traveling by broom, take a walk through Hogsmeade Village holding butter beer and do not forget the Forbidden Journey.

Islands of Adventure is not just about wizards and spells, you have the chance of seeing the fantasized world of Marvel Superheroes, the Jurassic Kingdom and plenty of water rides to stay cool in the Orlando heat. To sum up in a line, this one is the most fantastic theme park in Orlando.

Have you always wondered if there could be a real world as beautiful as shown in Avatar? Well, most of us do and to your surprise, there is a similar world at the Disney’s Animal Kingdom. The Pandora area in the park is designed with the theme of the fantasy world in Avatar. This fantasy Avatar world attracts visitors from all across the globe.

If you want the real Avatar feel, visit the park at night when the Pandora area glows in bioluminescent light. Also have the experience of 3D ride on the back of the banshee, named Flight of Passage – get the Fastpass at the entrance.

If you are an animal lover, go on a Kilimanjaro Safari ride and take a stroll through the park trails and spot wild animals from tigers to gorillas. Keep an eye on baby giraffes and elephants – you are lucky if you spot one! What stops you now? Plan a trip to Florida and explore the Disney’s Animal Kingdom with your family. To your surprise, you can even book last minute flights at affordable rates in case of last moment planning.

So, you love swimming and water sports? Your search for the latest amusement park comes to an end at Universal’s Volcano Bay. It is one of the latest water parks in Orlando waterpark scene, offering thrilling experiences for water enthusiasts. You can nowhere find the same experience – not even at other splash areas. Its TapuTapu technology tells you when to ride and alerts you with important updates throughout. The Fearless River, TeAwa offers the adventurous inner tube ride that will leave you amazed yet thrilled.

It is one of the highlighted points of amusement parks on the Florida map. Spread over an area of 23 acres with 19 attractions all around, it is impossible to cover them all in a day. It is better you plan an overnight stay at a nearby hotel and wake up next day to surprising facts about a volcano. You are going to have super fun here!

For the Star Wars fanatic and movie buff reading this, Disney’s Hollywood Studios must be on your list while exploring the theme parks in Florida. The theme park has recently inaugurated a Toy Story Land – imaginative area developed to make visitors look toy-sized. It is one of the best amusement parks in Florida with roller coasters. The two new ones are the Alien Swirling Saucers and Slinky Dog Dash roller coaster. Do not skip the best food items such as Totchos and S’more French Toast Sandwich.

The latest buzz all around about Disney’s Hollywood Studios is the opening of Star Wars – Galaxy’s Edge in 2019. The new attractions like Millennium Falcon will make you fly and you can also board the Star Destroyer. If you are with the kids, let them play at the Jedi Training and also go on a Family ride to the Star Wars Galaxy. Take pictures with the iconic characters like Chewbacca, Kylo Ren and many others.

See, if you have a meeting in Florida and you are planning to book business class flights, take your kids along with you. It can be a good idea to explore the Disney World with your kids. They will be more than happy by this surprise.

Previous article
Gawk at 8 Most Beautiful and Best Waterfalls in Uttar Pradesh This Vacation!
Next article
Visit 8 Rocking and Best Party Destinations in India to Let Your Hair Down!