Did You Know these Interesting Facts about North East India? 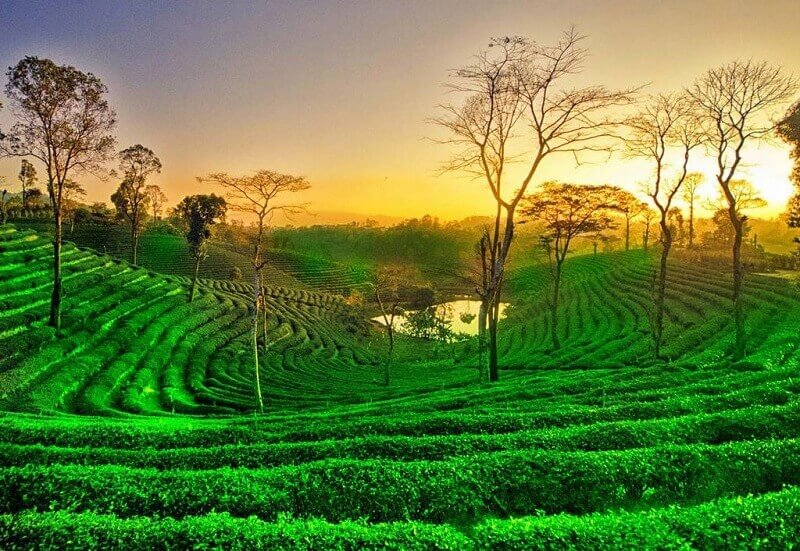 Northeast India is one of the most traveled places in India and for all good reasons. The hills, the terrains, the valleys, the passes and the landscape all has something to say to the visitors. As a wanderer, you will be never bored of visiting this spectacular part of the country and each time, you will come across a new surprise hidden in its beauty. Each part has an interesting story to unveil and here are some of the most interesting facts about North East India. Read on to know what you need to look for on your next trip to the northeastern states.

In India, sunrise is first seen in Arunachal Pradesh

This is what makes Arunachal Pradesh, the land of rising sun. You must have read this in school and if the memory faded away, you remember it now. Arunachal Pradesh is the eastern most state of India that witnesses the first light of the sun in the country. Trek to Dong village in Anjaw district for the mesmerizing view.

Majuli Island and Umananda Island are the smallest and largest river islands of the world respectively, both of which are located in the state of Assam.

Assam is home to the largest weaving village of India

One of the unknown facts about Northeast India is that, it is home to the largest weaving village of the world. Sualkuchi, in Assam is said to be the producer of the Muga Silk in India.

The only mother-run market of the world is in Manipur

Also called Ima Keithel, Mother’s Market is the only market in the world led and run by women. This is a place you must visit for shopping in Manipur. From daily grocery items to local handicrafts, you will find everything here.

Meghalaya is the place with only matriarchal society of India

Meghalaya follows a matriarchal society where women are considered to be the decision makers and head of households.  The Khasi tribe practices the trend of women as bread winners. The birth of a girl child is celebrated grandly and if it’s a boy, it is accepted by equal love as a gift of God. The Khasis believe that respecting both the genders is important and role-reversal is no shame.

As per belief, the Pukzing Cave in Mizoram is carved by a hairpin

Pukzing Cave, the largest cave in the state of Mizoram is believed to be carved by Mualzavata, a man who did the job only using a hairpin. Doesn’t it seem to be an incredible fact of North east India? Now, this is something you need to see to believe!

Longwa is a village in the Mon district, Nagaland that lies on the area where the border of Indian and Myanmar passes. So, being in Longwa means you are at two places together – India and Myanmar. Now, you know how to claim being at two places at once.

Until 1975, Sikkim was not even a part of India

We know this is hard to believe, but it is true. Sikkim was not always a part of Indian Republic. The state was founded in the 17th century by Namgyal Dynasty and it was announced as one of the princely Indian states in 1890. However, it was not until 1975 that Sikkim was included in the Republic of India.

A soldier’s spirit guards the border in Sikkim

One of the mysteries of North East India is the story of Harbhajan Singh. A soldier who sacrificed his life while patrolling on the borders in the year 1946. His battalion suspected he absconded but until the night when a soldier dreamt of Harbhajan Singh telling about his body under the snow. His body was discovered and the last rituals were performed. He again appeared in one of the soldier’s dream and promised to complete his watch and serve the nation even after his death. It is still believed that he guards the border on a white horse – you can listen to the true stories of sights by the villagers of Nathu La. They have even built a shrine in his name and the Indian Army sends away salary in name of Harbhajan Singh.

On your next trip to the northeastern states of India, make sure you visit some of these places and experience the thrill and excitement for real.