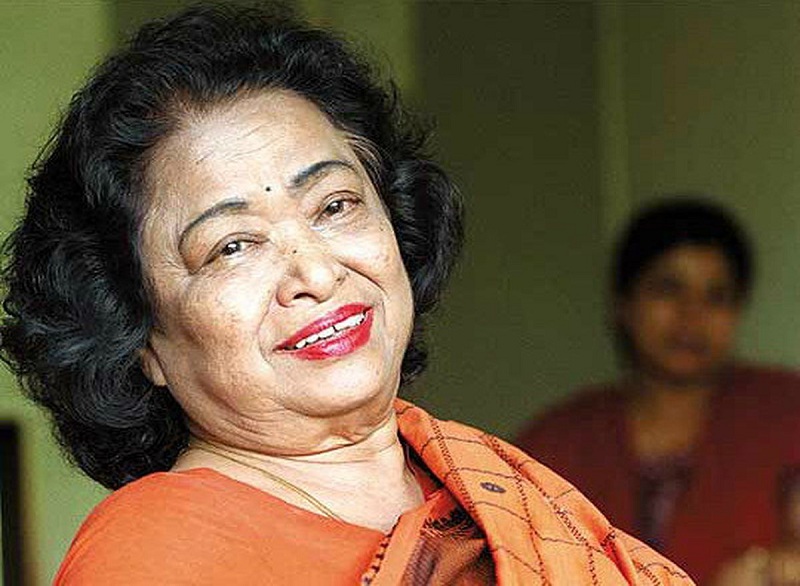 Born into a well-known albeit orthodox Kannada Brahmin family in Bengaluru, Karnataka on November 4th, 1929, Shakuntala Devi was a child prodigy who shook the world with her mental calculation abilities. Human computer Shakuntala Devi became famous across the world for her ability to perform complicated mental arithmetic in a matter of a few seconds without any assistance. Making global headlines for surpassing even the most sophisticated and best computers in the world, Shakuntala Devi’s life has been nothing short of awe-inspiring. An iconic genius, a brilliant writer, and a world-famous mathematician among many other things, Shakuntala Devi’s feats have been recorded in the acclaimed Guinness Book of World Records.

Shakuntala Devi’s death on April 21st, 2013 left an incredible void that cannot be filled. For those unfamiliar with this iconic personality, here’s a brief look at the fascinating life story of the Indian math wizard the world couldn’t get enough of.

The math genius and human computer Shakuntala Devi was born into a well-known but orthodox Brahmin family in Bengaluru. She grew up in the orthodox atmosphere until her father ran away to work in a circus instead of becoming a temple priest. He worked as a trapeze artist, lion tamer, magician, and tightrope walker.

How her ability was discovered

Shakuntala Devi’s father was the one who discovered her knack for computing while teaching her a card trick one day. He found that his three-year-old child was able to memorize and correctly calculate the next sequence of cards. Her ability left him stunned as she was able to do this without ever having received a formal education. One of the most interesting facts about Shakuntala Devi is that despite her natural ability, she craved the typical classroom learning experience.

After discovering her unbelievable, abilities, Shakuntala Devi’s father began to conduct street shows with her. The Human Calculator of India would show off her mental computing skills by solving complex mathematical problems within a matter of a few seconds. Soon, news of her abilities began to spread and people began to take note of this child prodigy.

At six years old, Shakuntala Devi showcased her mental computing skills at the renowned University of Mysore. Not long after that, the Human Calculator of India went on to showcase her arithmetic abilities in other reputed academic institutions which include the Osmania University and others in Hyderabad, Annamalai University, and several varsities in Visakhapatnam.

Shakuntala Devi moved to London with her father in the year 1944. It was here that she was made world-famous by the British media after she demonstrated her unique mental computing skills at several universities. She then toured the world performing for various Academicians, Presidents, Prime Ministers, Politicians, and other eminent personalities.

Figuring: The Joy of Numbers is among the most famous books of Shakuntala Devi wherein she explained many of the techniques she used while computing. There are several others she wrote in the hope of making math easy for kids and helping them get over the phobia of the subject. She believed that children were most receptive during infancy and the following years. As such, she stresses that the right guidance and teaching methods must be set in place during this time.

However, math-related books weren’t the only ones she wrote. She also wrote novels and cookbooks among other things. Besides these, she came out with a book on homosexuality in India after a detailed study on the subject. She said her interest in the matter was piqued by her marriage to a homosexual man.

Mathematics wasn’t her only forte

Math was not the only thing human computer Shakuntala Devi was good at. She also has an alternative career as an astrologer. Her daughter claims she was able to shockingly predict whether a marriage would last, the gender of an unborn baby, and several other things. She would travel to various places to speak on the subject and also offered consultations.

Human Calculator of India Shakuntala Devi’s achievements have been innumerable. She has given invaluable lessons to people around the world. She has proven that genius comes in all forms and can conquer the world even with humble beginnings. Solving complicated arithmetic in her head, she has proved that education is not always a prerequisite for greatness. She was a deep thinker who stupefied the world with her sheer brilliance. By going beyond mathematics, Shakuntala Devi showed us how to hone our talent but not to simply stop there. Her life and legacy will continue to inspire countless generations to come.