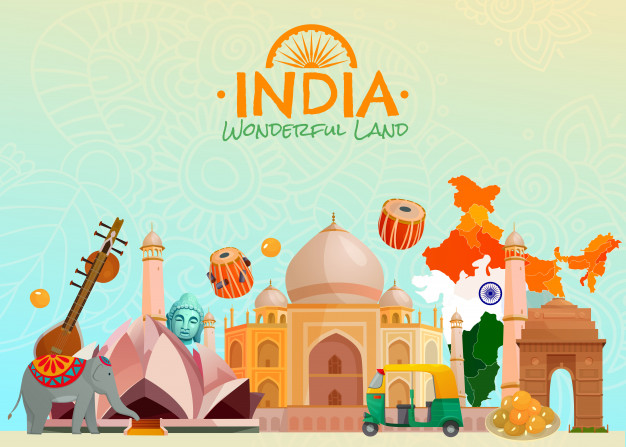 We all know that the English language has many dialects.  The linguistics of the English language reveals that English is a conglomeration of Anglicized words from different languages. It is interesting to know that certain words in English bear roots in the regional words of India. For e.g., Bungalow is derived from Gujarati ‘bangalo.’ Likewise, a few words and phrases are used only in India as an extension of Indian English which we call Indianisms. From using ‘xerox’ instead of ‘photocopy’, ‘rubber’ replacing ‘eraser’, ‘passed out’ to mean ‘graduated’ to inventing colloquial words like ‘batchmates’, ‘timepass’, ‘rowdy sheeter’,  ‘monkey cap’, English is Indianised by the locals. Let’s look at a few conventional things only the Indians say.

The direct translation of Hindi usage “Shubh naam”, ‘good name’ is one of those common things only the Indians say. Though nothing as a good name or a bad name is intended or judged, Indians often add the word ‘good’ before ‘name’ in the questions like “What’s your name” or ” May I know your name” in order to sound polite and gentle while conversing with a stranger or to avoid embarrassment in that awkward situation when you have to address the other person by name but it doesn’t strike your mind!

2. Prepone to mean ‘rescheduling ahead of planned time’:

Do you know that the Indian colloquialism ‘prepone’ was added to the Oxford English Dictionary in 2010, but is hardly adopted outside South Asia? One of the proudest inventions in Indian English, prepone is a word used to simply intend that something is going to happen before the scheduled time and functions as the antonym of “postpone”.  Do you wish to prepone your travel plans to India? Start searching for some best deals before booking cheap flights to India.

The peculiar way of using ‘only’ as an intensifier in a sentence is unique to India. Like in the phrases “Rs.500 only” or “You only promised me”, the word ‘only’ is used to emphasize the amount in the former and the Subject in the latter. Another interesting thing only the Indians say when they are at their casual best is ‘like that only’ to mean ‘just like that’ or ‘similar’. The typical exchange goes as “Do you know he bunked the college?”  “No wonder, he is like that only!”

Suggested Read: 8 Cities with Best Weather in India for a Pleasant Holiday

4. Auntie/ Uncle to address someone:

If you are holidaying in India and socializing with the people here, it is natural that a kid might call you ‘Auntie’ or ‘Uncle’.  Addressing someone as ‘Auntie’ or ‘Uncle’ is one of the common things only the Indians say,especially when the person whom they interact with is elderly. Be it familiar neighbors, parents of your friends or unknown passer-by, ‘Auntie’ or ‘Uncle’ is thought to be a more comfortable, warm and endearing way of addressing than as Mr or Mrs XYZ.

Ever heard any youngster from India saying, “God Promise, I didn’t have the slightest idea about the mishap!”?  It just means “I swear I didn’t…”  This word has a nostalgic effect on most Indians and it instantly refreshes their childhood memories. In order to prove innocence against childish accusations, the person goes on to naively swear to God to emphasize that whatever they said is true.  And all of this is meant in this phrase only the Indians say.

The phrase ‘Do one thing’ coined by literally translating the Hindi words “Ek kaam kar” is used as a preliminary statement before proposing a suggestion or advice to others. This is one of the regularly heard things only the Indians say. Don’t go with the semantics of this Indianism, because you might get more than one advice because we Indians are really concerned. “Are you looking for last minute flights to India? Do one thing, check out on Indian Eagle. ”

7 Types of Shopaholics: Which One Are You?

Shopping is a necessity for some and an addiction for others. Do you tend to go shopping in your free time? Do you always...
News

Alnwick Poison Garden may just be the World’s Deadliest Garden

Have you paid a visit to the Alnwick Poison Garden? If not then read on to find out more about it. There is a very strange...

Previous article
The happiest reasons to go surfing with your family this holiday season!
Next article
Biodiversity Hotspots in India – It Needs Immediate Attention