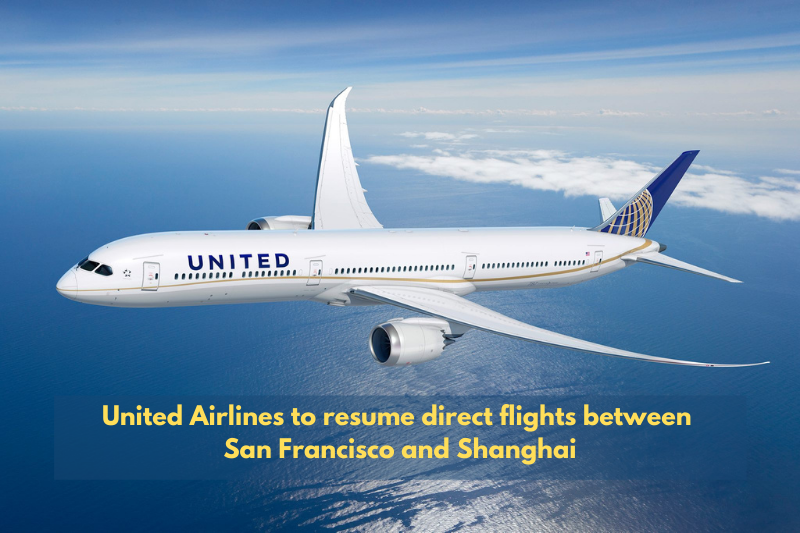 United Airlines will resume its non-stop services between San Francisco and Shanghai, starting 21 October 2020. In the announcement made on October 5, the airlines said that it would operate these non-stop flights from San Francisco to Shanghai with a Boeing 777-300ER aircraft four times a week — on Wednesday, Friday, Saturday, and Sunday. Travelers flying back to the US from Shanghai will return on Monday, Tuesday, Friday, and Sunday. Boeing 777-300ER has the capacity to seat up to 350 passengers in a three-class arrangement.

In a statement, United Airlines’ Vice President of International Networks and Alliances Patrick Quayle is quoted as saying, “We look forward to resuming nonstop service and offering our customers greater convenience and shorter flight times between San Francisco and Shanghai.” He further asserted his faith in the airlines’ crucial role “in keeping people and global supply chains connected to Shanghai and to cities around the world.”

The United’s flights from San Francisco to Shanghai are available at present, with a stopover in Seoul, South Korea. With the non-stop service between these two cities becoming operational from 21 October, these international flights will be flying direct to Shanghai’s Pudong International Airport.

The Chicago-based carrier is one of the first US airlines to have implemented rigorous safety and cleaning procedures and also to have mandated the use of face masks during the flight. United Airlines has recently said that it is using the Zoono Microbe Shield (an EPA-registered antimicrobial coating) on the seats, tray tables, armrests, overhead bins, lavatories, and crew stations for more than 30 aircrafts and has plans to employ this measure to its entire mainline and express fleet before the end of the year.

Previous article
Shanghai Disneyland Trip Planning Guide
Next article
Here are the top five things to do in Shenyang, China!