5 Most Crowded Places in India! 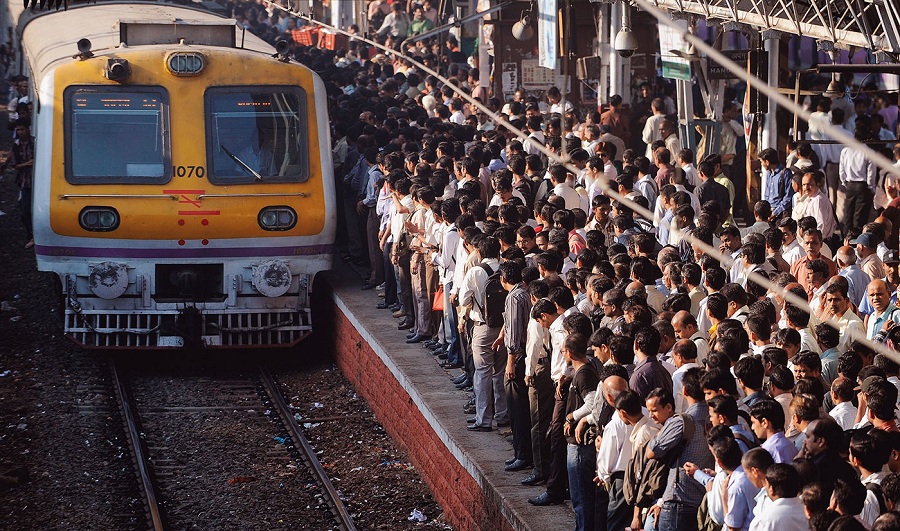 Jama Masjid is one of the largest mosques in India and is renowned for its stunning architectural beauty. During Ramadan, the mosque turns into one of the most crowded place in Delhi when it is flooded by thousands of devotees who come to offer prayers. Afterwards, they flock to the surrounded areas and are joined by foodies who indulge in the special dishes made during this month. Although it may seem daunting at first, to experience the fervor of Muslim devotees during their holy month is epic to behold.

Well, technically they aren’t a region, but they are still among the most crowded places in India. To manage a ride on a Mumbai local train is an achievement in itself. Chhatrapati Shivaji Terminus is arguably among the most crowded places in India with thousands of people boarding trains which aren’t meant to carry these many people. You will be amazed at the sight of Mumbaikars in a hurry rushing to catch an already full train, managing to get on, and then off to work by simply hanging on the footboard!

Famous for being the largest religious gathering in the world, the ancient Kumbh Mela turns Allahabad into one of the most crowded places in India. Book cheap business class flights and come visit this massive, mesmerizing gathering of devotees who flock to wash away their sins by taking a dip in the holy river. A temporary tent-like massive city is built to accommodate as many devout visitors as possible. This is the best place you can visit to see the raw, spiritual side of India at its best. Thousands thronging with the hope of gaining eternal acceptance all at one place make Allahabad one of the most crowded places in India during the epic Maha Kumbh Mela.