8 Common Airport Mistakes to Avoid Making at All Costs! 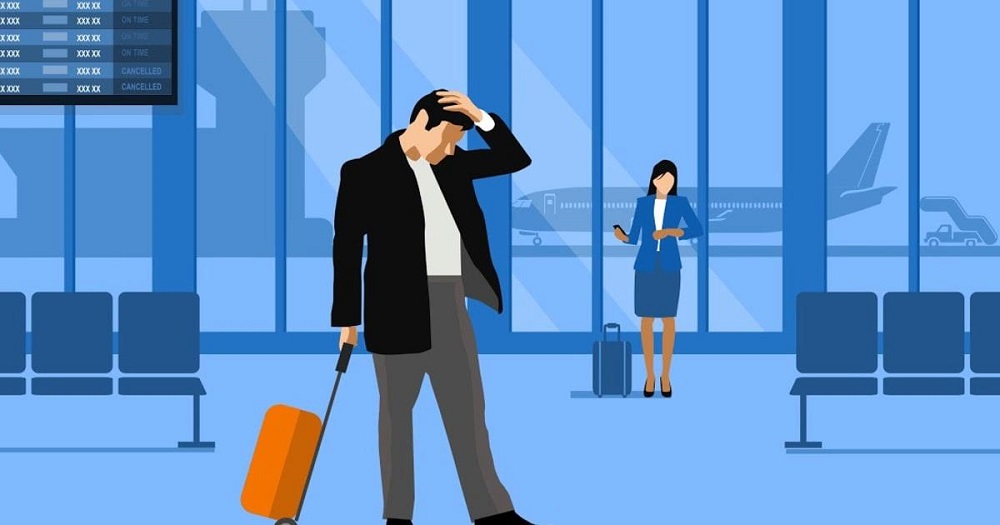 Even seasoned travelers sometimes don’t know about certain airport mistakes to avoid making. These seemingly small gaffes could land us in deep trouble sometimes. For those wondering ‘how far can you accompany someone in the airport,’ this is a bit more different than that. You can find out what to carry to airport and the check-in procedure as well. However, there are some airport mistakes to avoid making in the process. Keep reading to know about the most common ones and why it is important to avoid them.

Whether we’re about to go somewhere on a planned vacation or making an unannounced trip on last minute flights, there are a few common airport mistakes to avoid making. For instance, maybe you forgot to check your flight status online and now the flight stands canceled. Take a look at some other such airport mistakes to avoid the next time you fly.

This is among the worst airport mistakes to avoid at all costs. When you don’t give yourself enough time to get to the airport, you may well end up missing your flight. You may or may not be able to board another flight since airport assistance can only get you so far. Thereby, it’s best you be prepared to reach ahead of time if you don’t want your trip to the airport to end badly and/or in tears.

Not checking baggage policies thoroughly is one of the most common airport mistakes to avoid making. You should make sure your luggage doesn’t contain any of the items restricted by the airline. It’ll be unpleasant, to say the least, when you’re not allowed to take on board some of your carry-on items. Also, it’s a good idea to check your baggage weigh as well. If the weight exceeds the permitted limit, your baggage won’t be allowed through.

Many travelers forget to check nearby airport options when booking economy or business class flights for a trip. When the city you want to visit has two airports (or more), it pays to find out which one is cheaper to fly into. Save yourself from making a costly airport mistake the next time you book flights. This will save you a considerable amount of money and you will have a bit extra on hand to spend at your destination.

This is one of the most common and costly airport mistakes to avoid making. Most major airports will charge you a bomb for parking. Very often, business travelers are too busy trying to catch a flight instead of wondering about the high parking cost they are incurring. Do your finances a favor and leave your car at home. Instead, arrange for an airport transfer that will cost you much less.

Airports are dotted with duty-free shops that tempt travelers looking to kill time between flights. But are airport bargains really genuine? Well, maybe not all of them. Always make sure to check if what you’re buying is really worth the money. Also, don’t buy something just because it’s there. You’ll have to shove it in your bags and we all know what a hassle last-minute airport packing can be.

It may be okay to down a drink or two at the airport bar. However, emptying bottles like there’s no tomorrow ain’t done! This is among the worst airport mistakes to avoid making. You’ll end up boarding the plane drunk – provided you’re allowed to board – and have a very unpleasant flight. It’ll be a lot worse when turbulence gets involved. Not to mention the splitting hangover you’ll suffer later on.

Do you really need to tell everyone you meet that new terrorist joke you heard? No, and much less at the airport! This is among the top airport mistakes to avoid at all costs! You should be very careful about things you say at the airport. Even casually throwing around jokes about terror attacks, drugs, bombs, serious ailments and other such things will land you in BIG trouble. Not only will you be disallowed to board, you will also have to go through a round (or rounds) or grueling questioning by the authorities.

We all make a fuss when booking international flights. But when flying domestic, we forget simply yet crucial details such as carrying enough ID. This is among the top airport mistakes to avoid making. Yes, you can travel domestically without a passport in most countries but you still need valid government ID to make the flight. Make sure to carry your driver’s license, voter card, and any such equivalent so that you aren’t turned away at the gate.

To truly experience Hyderabad, you must visit its vibrant and bustling streets. Most markets in Hyderabad have a long history, which makes them unique...
Travel

3 Beautiful Islands Near Seattle You Must Visit

The glimmer of Puget Sound. The lustrous Salish Sea. The glint of bluish water all around. This is what you get when you visit...
News

Tadoba-Andhari Tiger Reserve in the district of Chandrapur, Maharashtra is the state’s oldest and largest national park. It is located almost 873.2 km from...

Previous article
7 Fabulous Food Tours in Miami Foodies Need to Check Out Right Now!
Next article
6 Best Places to Hike Near Austin You Didn’t Know About!