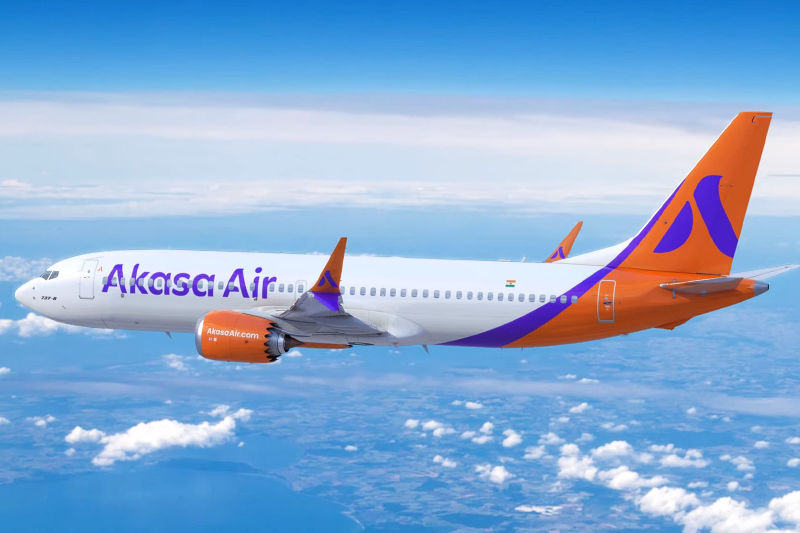 Akasa Air is right on schedule when it comes to introducing its flight routes. As planned; the newest airline in India is unveiling its flight plans week by week; month by month. Now, Chennai also finds a place in its roster. It is the fifth city to be included in the updated Akasa Air flight schedule.

Akasa Air launched the Chennai-Bengaluru route on 10th September, 2022. This direct flight route will connect two major cities in India twice daily. There are around 5292 seats allocated for this route on a weekly basis. As of now, morning and afternoon services are available. But from 26th September, an additional daily flight service (most likely for the night) on this route will also commence. This will also increase the weekly capacity for the Chennai-Bengaluru flights to 7938 approximately.

On the same day, an additional route will be added to Akasa Air flight schedule. Once-daily flights for the Chennai-Kochi route will commence from 26th September. Kochi is again another popular route in India and for international flights as well. So, it makes sense for the airline to offer flights on this route without delay. As of now, some 2646 seats will be available for this route on a weekly basis.

The Chennai-Mumbai route will also be launched on 15th September. As of now, this will be a once-daily flight; offering around 2646 seats on a weekly basis. So, now you can take Akasa Air flights to many cities from the Chennai International Airport.

As per the latest updates on the Akasa Air flight schedule, it is likely that the airline will soon connect other major cities also with at least once-daily flights. A boost to air connectivity is good news for both domestic and international passengers. New domestic routes will offer more options for traveling around the country and can be rather convenient for visitors. So, if you are taking flights to India, you can travel even more easily to major cities after your arrival in the country. Domestic passengers can enjoy services of different airlines and also benefit from competitive airfare deals on offer.