Black Hornet Nano – One of the Smallest Unmanned Aerial Vehicles 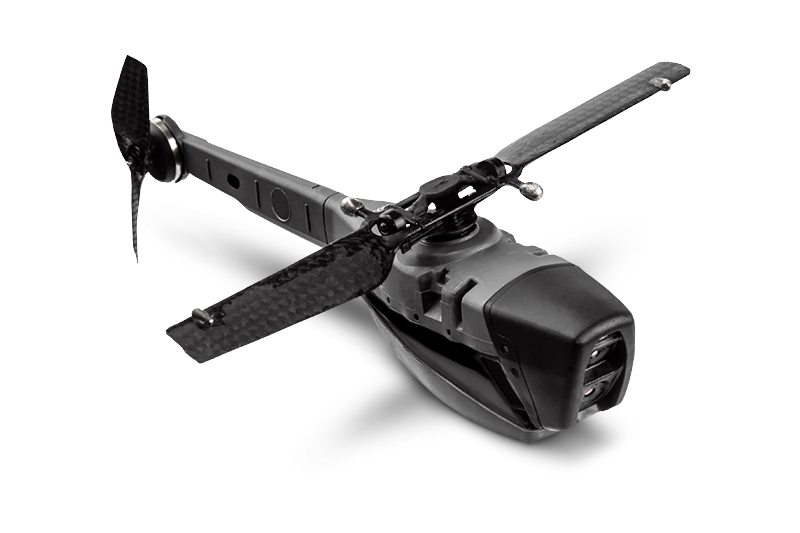 More about the Black Hornet Nano

As one of the smallest unmanned aerial vehicles in the world, it is not surprising that the size of the Black Hornet Nano is just 6 inch by 1 inch. Its weight, along with the battery, is just about 18 gm. Its top speed (for the 1st version) is 21 km/h (10 m/s). This UAV is so small that it can easily fit into a pocket; quite crafty for soldiers.

These small drones are mostly used to offer ground or dismounted troops a view of the local surroundings. Its support helps soldiers with situational awareness and it is mostly used by non-specialist personnel on the ground. The Black Hornet Nano is quite useful for covert operations. Its aerodynamic design is ideal to withstand storms and high winds. It can takeoff in less than 60 seconds and can be used instantly in situations requiring surveillance. It can cover a line-of-sight of 1000 m with the help of data links.

Its camera is used for videos as well as high-def still images. One of the three cameras points forward, another down, and the third one offers views at 45-degree angles. It comes with two helicopters for charging purposes.

It was developed by Norway’s Prox Dynamics AS (acquired by FLIR Systems in 2016), which the drone’s designer Petter Murren (an inventor from Norway) founded in 2007. Its development was planned in 2008 and Black Hornet Nano entered the initial production phase in 2012 after countless tests. Since the first model (which is a nano); the drone has undergone several upgrades. Subsequent upgrades came with more speed, size changes, and enhanced features such as night vision cameras. The nano version is also referred to as PD-100.

The first order for the Black Hornet Nano (160 units) was from Marlborough Communications for Ministry of Defense, UK. It was used by the country’s military in Afghanistan. In the subsequent years, other countries also began to use it in their military operations. Some of these are India (for the National Security Guard), Germany, Australia, USA, Norway, Netherlands, New Zealand, South Africa, France, Turkey, Spain, and others.

In a recent news update (as on 24th August, 2022): Both UK and Norway are donating Black Hornet Nano (with night vision capabilities) to Ukraine. This is in line with the west’s support to Ukraine against its war with Russia.

Indeed; the Black Hornet Nano is so small and endearing that anyone can be mistaken by its design and assume it is just a ‘cute’ toy. But it packs a punch and still is one of the most popular smallest unmanned aerial vehicles in the world despite many more UAVs (even in smaller sizes) now available for both military and commercial uses.