New Collaboration Between Ministry of Culture and IIT Bombay 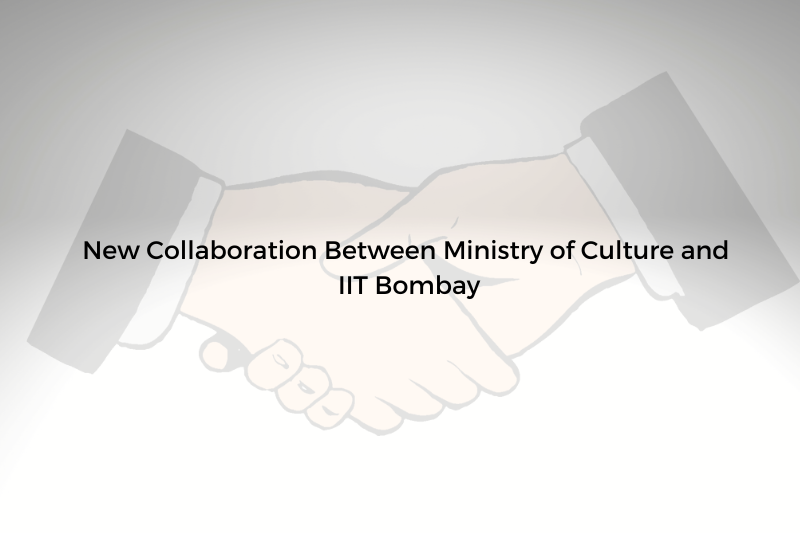 The Ministry of Culture, part of the Indian Government, launched a
portal on Indian Culture. Currently, it is in two languages – Hindi and
English – but it will soon be launched in other major languages of India as
well. It was originally launched in December 2019, but now, it will be
receiving some help from real-time experts from IIT Bombay.

The website has a range of topics on different areas of Indian history and
culture, including, forts of India, cuisines, musical instruments of India,
textiles and fabrics of India, manuscripts, and origin stories. It also hosts
external links of the Ministry of Culture—Gandhi Heritage Portal, National
Museum for Manuscripts, Vedic Heritage, Gandhi 150, Abhilekh Patal,
Museums of India, Netaji Subhas Chandra Bose Papers, and Jewelry of the
Nizams.

Students, researchers, and other history and culture enthusiasts will be able
to access rare information from the Indian Culture portal. It is now also
available in phone app format on Andriod and iOS.

If you have booked tickets to India or want to know more about the
country; this portal contains useful information for tourists, students, and
others.

India is a country recognized for its traditional art forms, which speak volumes about the cultural diversity of the country. Folk motifs are common...
News

Authorities at the Bengaluru International Airport Limited (BIAL) made an announcement on Wednesday, i.e, 22nd June that Bangalore Airport is all set to start...
News

Domestic Air Traffic Picked Up This Year by 99%

According to the data shared by the Directorate General of Civil Aviation (DGCA), in May 2022, domestic air traffic saw a rise in demand...
News

This Forgotten Stepwell in Telangana Belongs to the 18th Century

When ancient Indians built stepwells for water harvesting, they constructed them as stunning pieces of architecture, with ornately crafted cultural and religious embellishments. These...