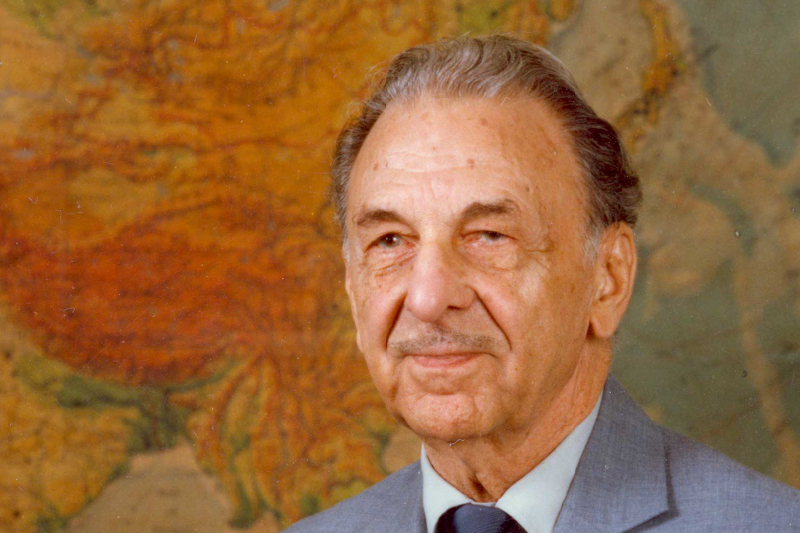 This day in history, i.e., 29th July, is the birth anniversary of the prominent visionary and the pioneer JRD Tata.

Yes, Jehangir Ratanji Dadabhoy Tata, was born on this day in history in 1905 in the dreamy city of Paris and he indeed was a man who dreamt big and flew high; and fly high he did! He had a dream to fly an aircraft since he was a young boy. And he achieved this in 1929 when he became a certified commercial pilot. He was also the first pilot of Air India.

He flew the first Air India flight on 15th October, 1932. The flight was from Karachi to Mumbai. That first flight made space for the birth of Indian Aviation Industry. Air India became a household name in the coming decades. And it was the trusted airline of choice for many generations.

He was at the helm of the Tata Sons for some 50 years and founded many companies under it. Some notable ones are Tata Motors, Tata Consultancy Services, Voltas, Tata Salt, Titan Industries, and of course Air India (then Tata Air Services).

The First Pilot of Air India and an achiever in so many other ways; JRD Tata’s legacy lives on – not only in the form of one of India’s largest and most-reputed conglomerates – but in aviation and industries – in everyday lives of so many Indians.

This Day in History: 29th July

International Tiger Day – This day was established in 2010 during the tiger summit at Saint Petersburg, Russia; to highlight the crisis that was the almost-diminished tiger population in the world.

The Birth of NASA – On this day in history, The National Aeronautics and Space Administration (NASA), was established. It was actually a retaliatory response to Russia for launching Sputnik; its first satellite.

Death anniversary of Aruna Asaf Ali – On this day in 1996, well-known freedom fighter and Delhi’s first mayor, breathed her last. She bravely raised India’s flag in Mumbai’s famous Gowalia Tank Maidan. The government awarded her with the Bharat Ratna in 1997 posthumously.

Rain Day – 29th July has also been recognized as Rain Day (a global event). Interestingly, it is the monsoon season in India in July and almost every part of the country is drenched in rains. Apparently, this day has a very interesting history. It all started when a Pennsylvania native observed that it rained there on this day every year. He kept meticulous records of it and soon the day became famous as the media picked the story.

Visit City Village News for articles on history and other categories.

As India celebrated the 75th Independence Day this 15th August; another important piece of history completed its 50 years. Yes, there was another significant development...