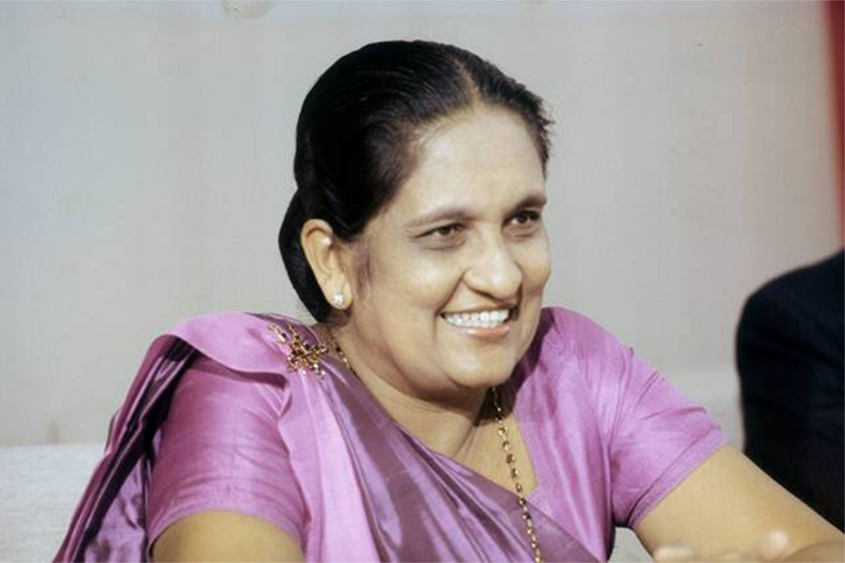 Today, as Ranil Wickremesinghe took oath as the new Sri Lankan President amidst great turmoil in the country; it will be part of its history.

This day in history is also significant to Sri Lanka and the world for another reason: Sirimavo Bandaranaike; the first elected female prime minister in the world. She served Sri Lanka as prime minister for three terms: 1960-65, 1970-77, and 1994-2000.

Born in 1916 to wealthy parents and into an aristocratic family, she was named as Sirima Ratwatte. She received the best education in prestigious convent schools. A Buddhist by religion, she also actively worked for social causes. In 1940, she married S. W. R. D. Bandaranaike, who was the founder of Sri Lanka Freedom Party in the year 1951. He became Sri Lanka’s prime minister some five years later in 1956 and was assassinated in 1959. Sirimavo Bandaranaike accepted the request of her late husband’s political party to succeed him as the leader. She also won the election for the party and became the first female prime minister in the world.

Sirimavo Bandaranaike served as the prime minister of Sri Lanka till 1965 when she was defeated by the opposition. But she was back in power after the 1970 elections. True to her party’s socialist nature, she transformed Sri Lanka into a strong socialist nation and tried to revive it from being a mere former British Colony. She also changed the official language to Sinhala from English. She nationalized sectors such as education, banking, and media. Her nationalist policies increased the country’s dependence on food imports and also led to higher inflation. Unemployment rate began to rise. It also widened the rift between Tamil and Sinhalese people in the country.

She survived a coup in 1962 and in 1972 had a new constitution drafted; by which Sri Lanka was able to become a republic and remove itself from the clutches of the British Empire. She also extended the parliamentary period for two more years; making her rule for the current term last till 1977.

One of her major milestones, which was very positive in nature, was the creation of a ministry for women and child welfare (it was later named as Ministry of Women and Child Affairs). After her defeat in the 1977 elections, she suffered several political blows. She was accused of political power abuse during her two terms and her civil rights were stripped in 1980. She was barred from fighting in the elections for the next seven years. She eventually became the prime minister of Sri Lanka for the third time when her daughter Chandrika Kumaratunga was the president (the first female president of Sri Lanka and second female prime minister) and served till 2000. This was also the year of her demise.

July interesting fact: July is also the month when Pratibha Patil was elected as president of India and became the first woman in the country to hold this office.

This Day in History: 21st July

1947: Indian Constitution Assembly declared the Tricolor Flag as the National Flag of India.

2007: Harry Potter and the Deathly Hallows; the 7th installment in the Harry Potter books by J.K. Rowling was released.