Things to Know When Booking Flights From San Francisco to Delhi 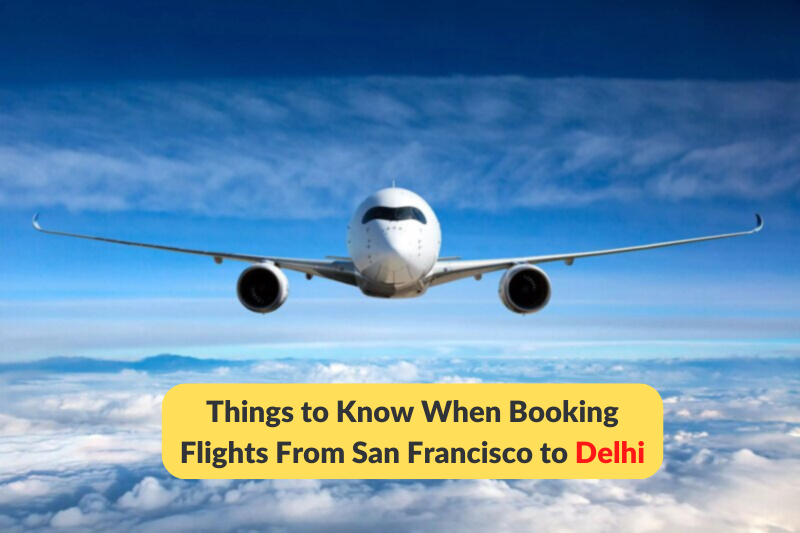 The San Francisco Bay Area, one of the most ethnically diverse regions in the United States, is the home away from the homeland for many Indians living in the US. When returning to India from San Francisco for a holiday or business trip or any other reason, chances are that travelers either enter the northern part of the country via Delhi Airport (the primary gateway to India for international passengers) or arrive in South India by booking flights to Bengaluru from San Francisco (the only other available nonstop route from SFO to India).

Delhi Airport is connected to a number of international and domestic airports located in various cities across the country. Airlines such as Indigo, Air India, Vistara, Air Asia, Jet Airways, GoAir, and SpiceJet operate domestic flights to various Indian cities from Delhi Airport. This makes it clear that the flights from San Francisco to Delhi are the most sought-after ones not only for Delhi-bound international travelers but also for those who take a connecting flight to their destination city from here.

The aerial distance between San Francisco and Delhi is 7681 miles or 12361 km, which can be covered in less than 16 hours if you take a nonstop flight. At present, Air India is the only airline that operates nonstop flights from San Francisco to Delhi. United Airlines might launch its direct service between these two cities in the last quarter of this year.

Being one of the popular flight routes from the USA to India, the San Francisco to Delhi route is served by several airlines such as Cathay Pacific, Air France, American Airlines, Turkish Airlines, Emirates, Qatar, Singapore Airlines, and Virgin Atlantic among others. You will have to go through at least one layover (at the operating airline’s hub) when you fly with these airlines from San Francisco to New Delhi.

Also Read: How To Get the Best Deals on Flights from Philadelphia to New Delhi

Where Can You Get the Cheapest Flights from San Francisco to Delhi?

Several online travel agencies offer San Francisco to Delhi flights at competitive prices. Indian Eagle, for example, is one of the best online flight booking portals that promises good deals on US-India flights as well as excellent customer service. It offers a variety of deals, including Eagle Deal (the lowest airfare available on San Francisco to Delhi flights at the time of search) and Secret Deal (in which your itinerary will be booked with one of the best airlines offering cheap airfare and this deal is later disclosed to you), etc. Indian Eagle also offers its customers the option of paying for the airfare in monthly installments. Apart from these deals and benefits, you can earn reward points too for each of your bookings, which you can redeem during future bookings. Visit the Indian Eagle website now and learn more about their offers!