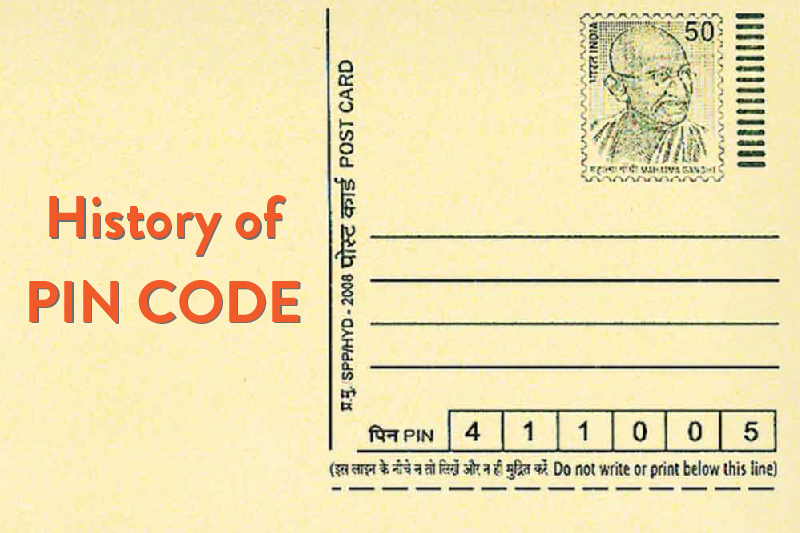 As India celebrated the 75th Independence Day this 15th August; another important piece of history completed its 50 years.

Yes, there was another significant development in the country 50 years ago on the same date. On 15th August, 1972, the PIN code system in the country was established. Quite a momentous day to celebrate India’s PIN code history.

There is a lot more to PIN codes than random numbers. Were you ever asked to write the complete PIN code on the envelop that you were trying to post from the GPO or your local post office and perhaps you wondered why you couldn’t just write the last two numbers instead of the entire six digits? Well; if you ever faced such a scenario and didn’t really try to find out the reason for the same then perhaps the following information will finally clarify it.

The day was 15th August, the year was 1972; when the PIN code system in India was established. It was formulated and introduced to simplify the post delivery system in a country as vast as India. At the time of independence, there were more than 23000 post offices in the country. This figure was set to increase as the country set on the path of development and progress post the independence from the British Rule. Another reason was that it was extremely difficult to sort names mentioned on Indian post where addresses could be in any number of local languages and names of places could be similar too.

The task of introducing the PIN code system was achieved by Shriram Bhikaji; who at that time worked in the Ministry of Communication as an additional secretary.

The PIN (Postal Index Number) consists of 6 digits; each signifying a different feature of the code. The first number indicates the zone; as in north (1,2), south (5,6), east (7.8), and west (3,4); the fifth one being the army zone (9). For instance, 5 is for Andhra Pradesh, Telangana, and Karnataka. And 6 is for Kerala, Tamil Nadu, Lakshadweep, and Puducherry.

The second number is for the sub-region, the third for the sorting district, and the rest of the numbers classify it into the post office and other areas to narrow it down to a specified location. For instance, the fourth number denotes the route of the delivery office. The last two numbers indicate the delivery office.

Posts are sent to one post office as per the PIN code and from then it is sent to specific delivery locations called the sub-offices. These sub-offices are under the jurisdiction of the main post office.

Rather a simple system if decoded. But to come up with the PIN codes 50 years ago and to uncomplicate a problem some visionaries could foresee is rather impressive. India’s PIN code history is rather interesting.

India is dotted with such interesting history, facts, and places related to them. Take flights to India if you are a visitor or travel far and wide if you are a resident to explore this vast and beautiful country with a rich history.