Rajasthan’s Techno Music Festival, Locals District is Back for its 4th Edition at Alwar 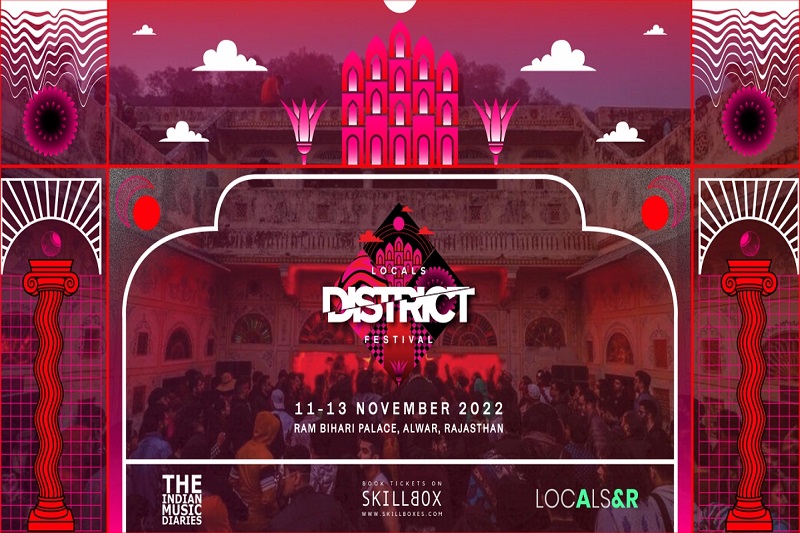 Locals District Festival – the ‘none-of-its-kind’ open-air techno music festival in India – is returning for its fourth edition (after a hiatus of two years due to COVID-19), much to music lovers’ delight. This unique festival celebrates the evolving global techno music scene against the royal backdrop of Rajasthan’s heritage sites.

The three-day musical extravaganza featuring over 40 talented techno music artists from across the country as well as the world will begin on November 11 and continue through November 13. The lineup consists of many popular names in the techno music scenario including Armen Miran, Justine Perry, Rico Casazza, Catz N’ Dogz, DJuma Soundsystem, juSt b, Jitter, Berlin Man, Reverse Osmosis, Mashter, Mister K, Vasvi, Technaari, etc. Most of these international music artists are gearing up for their debut performance in India with this techno music festival.

The organizers of the Locals District Festival planned its fourth edition at the opulent Ram Bihari Palace in Alwar, keeping up with the tradition of hosting each edition of this music festival at a different palace in Rajasthan. Ram Bihari Palace sits at the foothills of the lush Aravalli Ranges overlooking the pleasant Siliserh Lake. The sprawling forests of the Sariska Tiger Reserve are just a stone’s throw away from here.

Gather up in the open space at the Ram Bihari Palace on November 11 and just as you bask in the warmth of the midday sun on a winter afternoon, the Locals District Festival unravels its spectacular performances one after the other, immersing you in an unforgettable audio-visual experience that lasts for 72 hours until the crack of the dawn on November 14. Apart from nonstop techno music, the Locals District Festival also has a boutique flea market and selective food experiences on offer for visitors. The price of the three-day festival pass ranges from INR 5000 to INR 9000. Early bird and Phase I tickets are all sold out, hurry up for the last few Phase II tickets left!

Ram Bihari Palace is located only three hours from Delhi. If you are hopping onto a last-minute flight to Delhi this week, consider attending this unique techno music festival to make the most of your weekend.

Previous article
Longwood Gardens: One of the Finest Attractions near Philadelphia
Next article
7 Top Go Karting in Hyderabad to Encounter a Massive Thrill