Five Best Things to do in Delhi 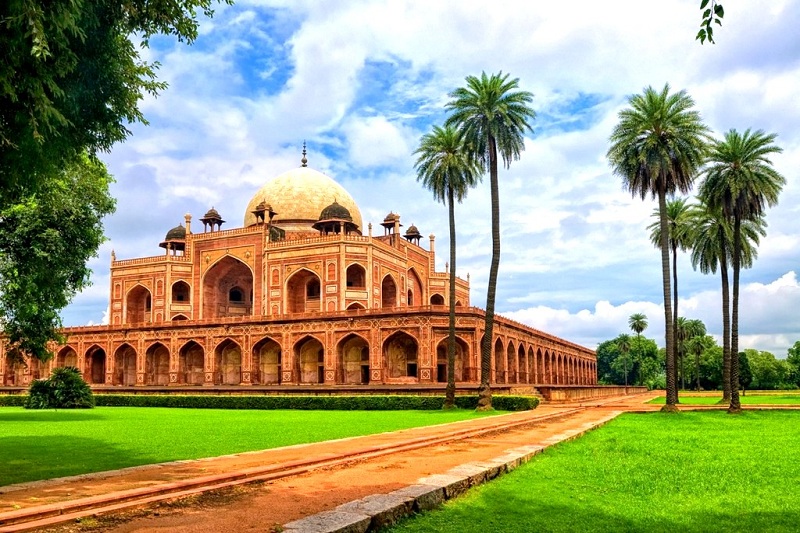 Officially called the National Capital Territory of Delhi (NCT), Delhi is a multi-faceted city, to say the least.  While the historic Old Delhi displays the grandeur of the Delhi Sultanate and Mughal era; New Delhi, the national capital, is the seat of government and boasts British colonial architecture and cosmopolitan culture. The present-day advanced city whose history is as old as the epic Mahabharata best-represents the development of India over centuries. There’s something for everyone in this mesmerizing city. So, come, book cheap flights to India, and experience Delhi! Take the help of our guide of the best things to do in Delhi!

Walk near the India Gate:

In the heart of the city stands a 42-meter-high archway called the India Gate or The All India War Memorial, which commemorates the lives of 80,000 soldiers of the British Indian Army who fought for the country during World War -I. Designed by Sir Edwin Lutyens, it is often compared to the Arch of Constantine in Rome, Arc de Triomphe in Paris, and the Gateway of India in Mumbai. Another memorial housing Amar Jawan Jyoti (a flame that burns perpetually in remembrance of the soldiers) can also be found nearby. The area where this monument is situated came to be known as India Gate and is a popular picnic spot for the locals. The glowing archway looks majestic at night, and the colorfully lit fountains add more glory to the place!

A spiritual experience at Akshardham Temple:

If you have a keen interest in the deep Hindu culture and its spiritual beliefs and if you adore the intricacy of ancient Indian architecture, the best thing to do in Delhi is visiting the Akshardham Temple. You’ll just stand in awe of the temple’s brilliant architecture once you set your eyes on it. The temple, also known as Swaminarayan Akshardham Complex holds a Guinness world record for being the World’s Largest Comprehensive Hindu Temple. From the neatly manicured lush gardens to the beautiful water shows and cultural boat rides, everything about this place is so captivating, and hence it is one of the most visited places in Delhi.

Also Read: Take a Historic Tour of the Eight Cities of Delhi

Marvel at the imposing Qutub Minar:

Qutub Minar is one of the three UNESCO World Heritage Sites within the borders of Delhi (the other two are Red Fort complex and Humayun’s Tomb). This century-old monument built of red sandstone and marble is the tallest minaret in India standing 73 meters high. The five-storied Qutub Minar with a diameter of 15 m at the base tapers to 2.5 m towards the top end. Though tourists are not allowed to climb the spiral stairs, the sight of the towering minaret with an impressive and elaborate architecture is worth your visit to this most popular tourist attraction in Delhi.  Quwwat-ul-Islam Mosque and Iron Pillar located in the Qutub complex also draw the attraction of the visitors.

Also Read: 9 Top Neighborhoods to Explore in Delhi for First-Time Visitors to the City

If you are a shopaholic, then you’ll surely love the chaos, colors, and odors of Chandni Chowk, one of the oldest shopping bazaars in Delhi’s Old City. It is where the heart of Old Delhi pulsates! From apparels, jewelry, perfumes, electronic items, household or lifestyle goods to spices and fruits, you’ll find everything that you are looking for, in the labyrinthine lanes of this wholesale market. It is equally famous as a place to visit in Delhi to taste the best street food, snacks, and sweets of India.

Admire the beauty of Red Fort:

The iconic palace Red Fort, originally called Lal Qila, is the pride of Delhi!  Located at a distance of 20 km from Indira Gandhi International airport, this mammoth fortification constructed by Shah Jahan showcases the opulence of the Mughal architecture. Visiting this magnificent fort constructed from red sandstone is one of the most recommended things to do in Delhi. Not just the outer walls and the beautiful gardens, but the inner palaces, halls, and museums are awe-inspiring too!  The spectacular light and sound show organized at dusk against the backdrop of the sprawling fort proudly displays the rich history of the city! Red Fort also hosts the celebrations of national festivals like Independence Day and Republic Day every year!

Previous article
India’s Customized Visa Policy for Foreigners to Depend on How Indian Tourists Are Treated Abroad
Next article
All You Need to Know about Rann Utsav, India’s Favorite White Desert Festival