Top Tourists Places in Delhi You Don’t Want To Miss 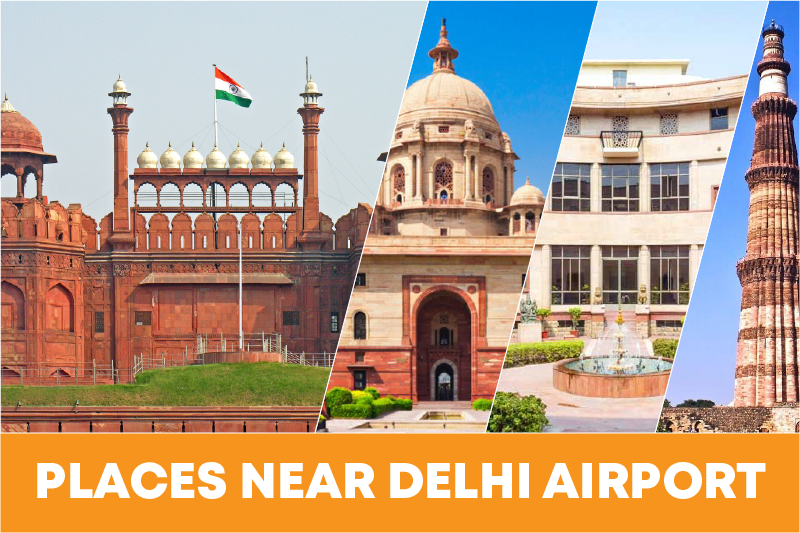 Delhi has a rich history and was ruled by Mughal emperor kingdoms. The national capital of India is well-known among tourists for a variety of reasons, and there are several places in the city that should not be missed. Tourists from all over the world come to explore Delhi’s ancient monuments.

Delhi is a vibrant part of India in terms of history, culture, and sociology. In Delhi, there are numerous historic and modern tourist attractions. Qutub Minar, Red Fort, and Humayun’s Tomb are all UNESCO World Heritage Sites. There are numerous famous tourist attractions that you will visit during our trip to Delhi. However, there are a few more such attractions that you may be unaware of and that you can visit if you are near Delhi Airport. Let’s look into some of the best tourist places near Delhi Airport. 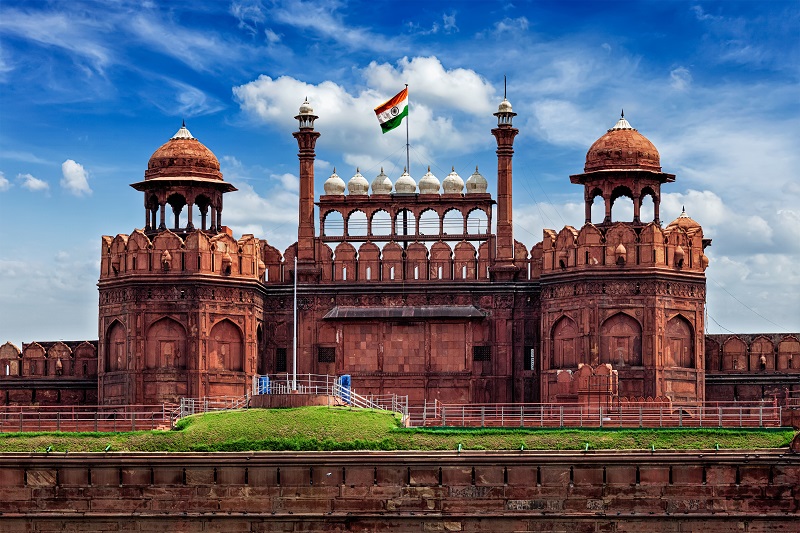 Locals call it Lal Qila, and it was built by Mughal rulers in the 17th century. The monument is one of the most popular tourist places near Delhi Airport. It is made of red sandstone, which gives the majestic structure its name. The Red Fort complex contains several historically significant structures, including a museum dedicated to Mughal war weapons. A light and sound show in English and Hindi is also performed daily in the evening. 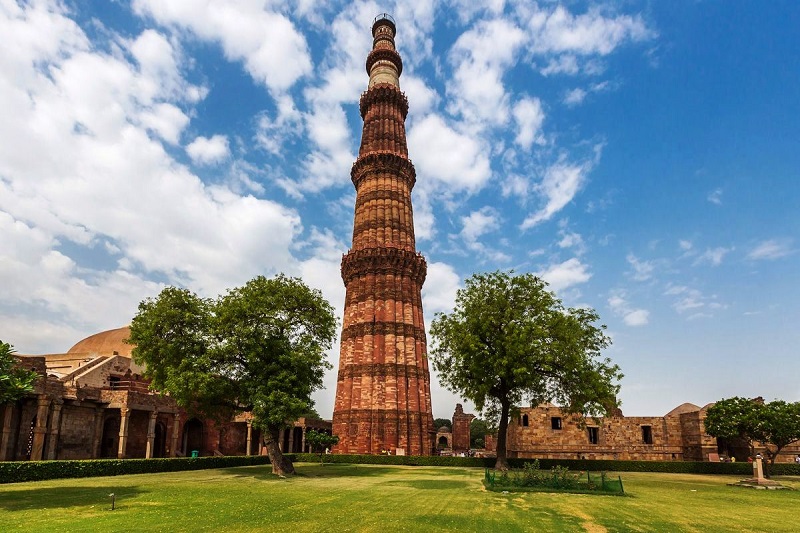 The world-renowned structure is one of the Seven Wonders of the World. It is the world’s tallest brick tower, and the structure is a standing fusion of Hindu and Islamic architecture. Other than the magnificent Minar, the Qutub Complex contains numerous monuments such as the Iron Pillar, Iltutmish’s tomb, and many more. Unfortunately, visitors are no longer permitted to enter the Qutub Minar, but they can still admire the structure and appreciate its uniqueness. 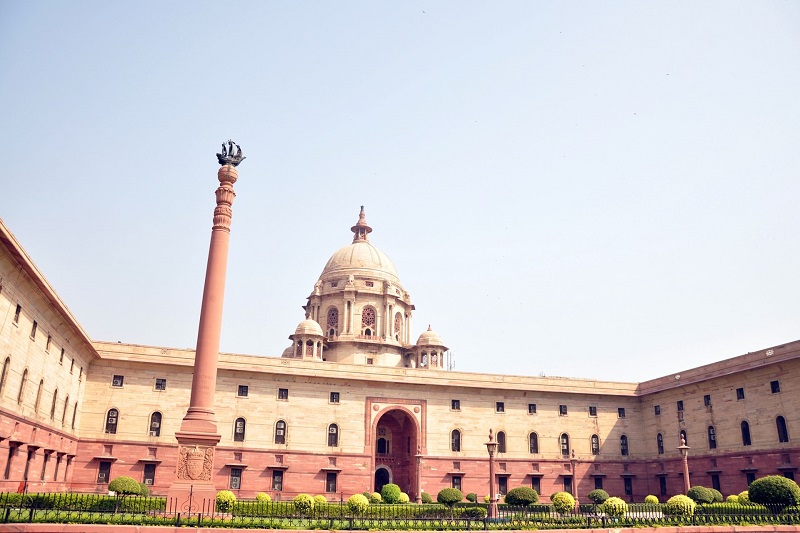 During a visit to Delhi, one should not miss seeing the President’s residence. It is the best place to visit near Delhi Airport and plan a trip here in advance because the President’s official residence is not open to tourists seven days a week. The construction of this massive structure, which now processes 300 rooms, took nearly 17 years. Every inch of Bhawan is extraordinary and worth seeing, with the Gift Museum, Banquet Hall, and Marble Hall being the most breathtaking. 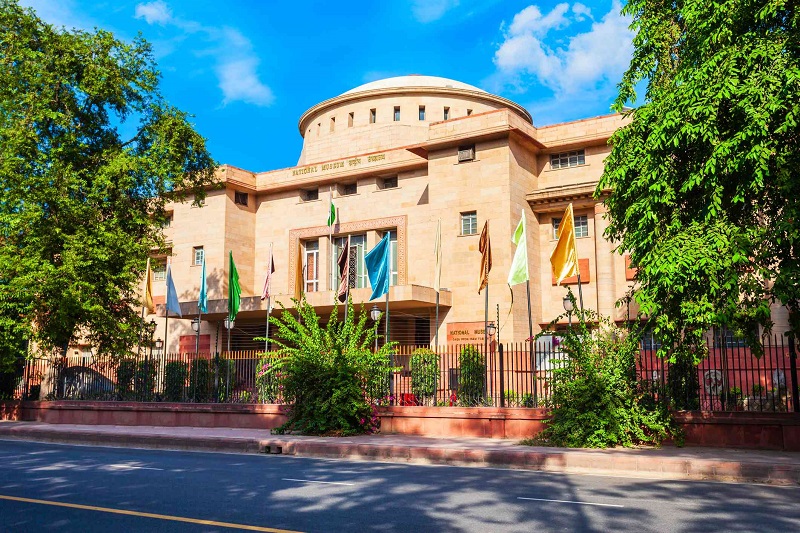 The National Museum of India in New Delhi is one of the country’s largest museums. The museum houses antiques dating back 5000 years and remain from various historical periods from all over the country. The Museum is not only historically significant, but it is also culturally significant, with a special exhibition on jewelry from across the country. A visit to the museum is essential not only for history buffs but also for the curious and inquisitive. 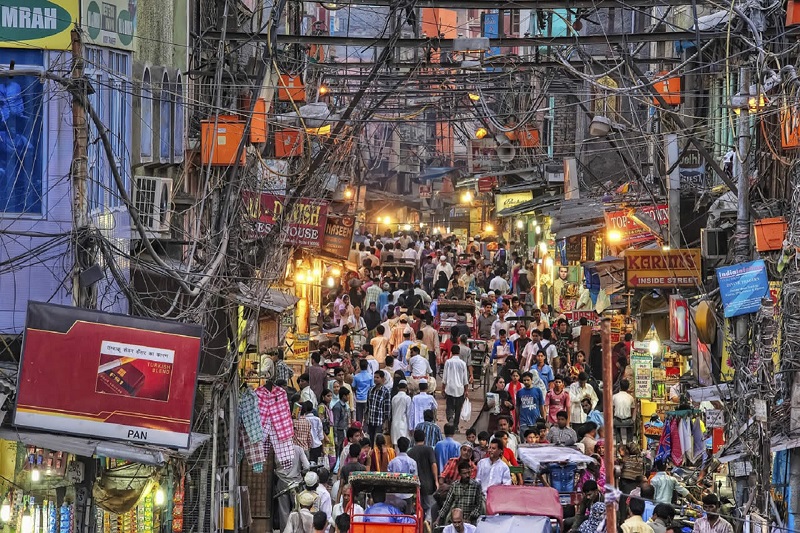 Chandini Chowk is one of India’s oldest bazaars, built during the reign of Emperor Shaha Jahan in the 17th century. This market is Heaven on Earth for any shopaholic or food lover, with an endless variety of food and materials to choose from, all at the lowest prices. The market is well-known among locals for its high-quality products at low prices, as well as the wide range of variety that the endless shops provide. It is one of the popular places to visit in Delhi near Airport widely assumed that nothing can’t be bought or sold at Chandni Chowk. 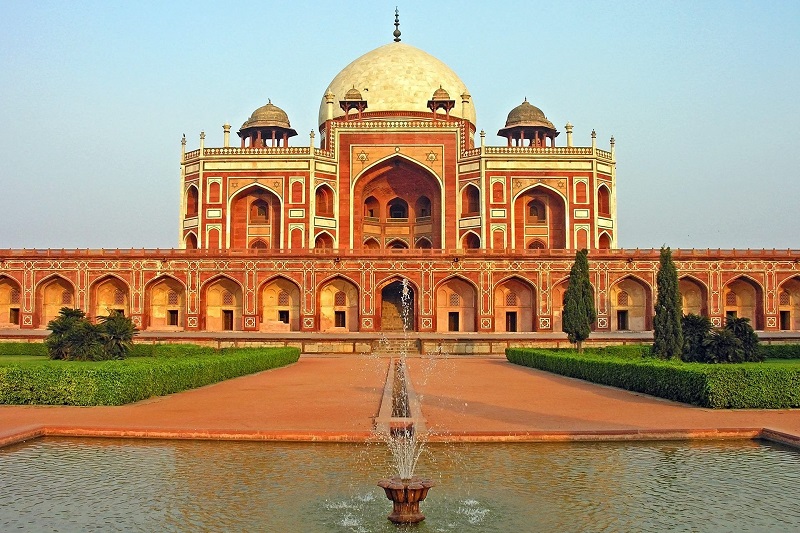 The tomb, now a UNESCO World Heritage Site, was built in 1570 and was the first garden-tomb construction seen in the Indian subcontinent. One of the city’s magnificent structures, many believe it was the inspiration for the world-famous Taj Mahal. Humayun’s Tomb is a stunning piece of Islamic architecture built with red sandstone and white marble. 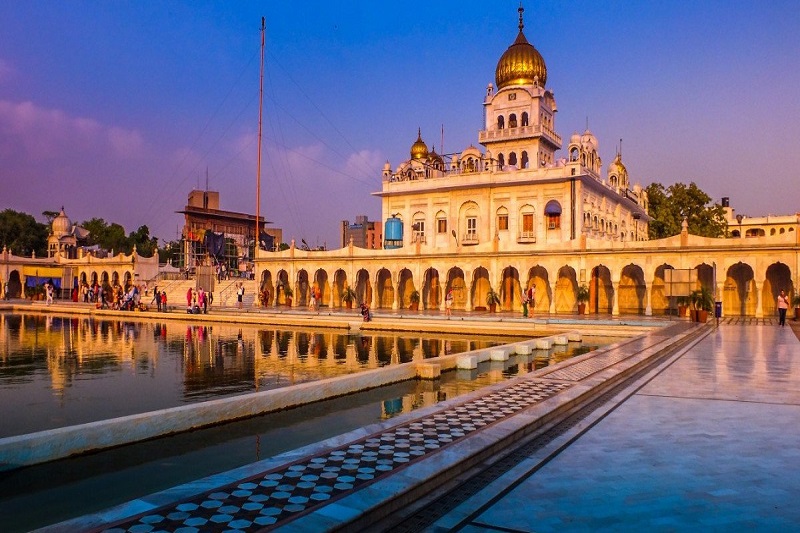 Gurudwara Bangla Sahib, placed on Ashok Road, is one of the top places to visit near Delhi airport and a popular Sikh pilgrimage site in Delhi. Guru Har Krishnan Sahib Ji is said to have once visited King Raja Jai Singh and cured people suffering from smallpox and cholera by distributing water from tanks. That water tank is still present within the Gurudwara and is thought to have medicinal properties. The main prayer hall, a library, a museum, a hospital, a school, and an art gallery are also on the Gurudwara grounds. Langer is served in Bangla Sahib, as in any other Gurudwara, regardless of caste, creed, or religion. 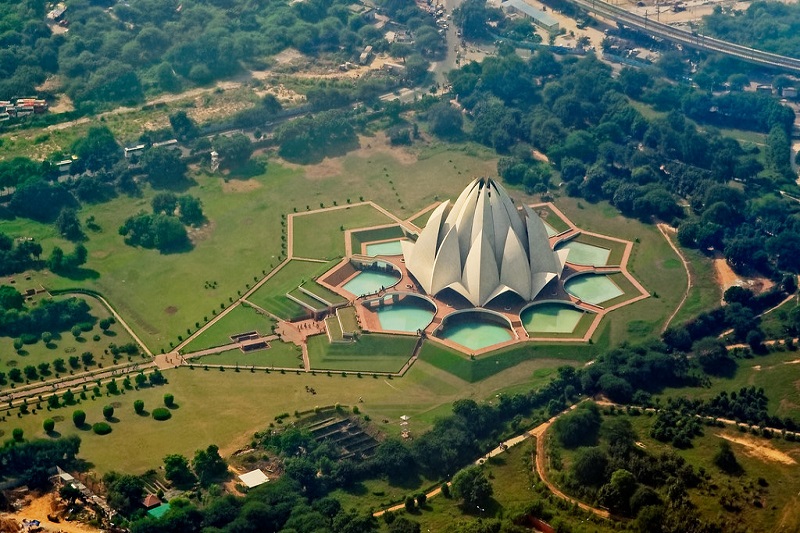 The Lotus Temple, as it is popularly known, is a Baha’i house of worship. It welcomes people of all faiths and religions. The temple’s distinctive shape draws worshipers and tourists from all over the world. The Lotus Temple is one of the busiest tourist attractions in Delhi, with a large crowd always present during the permitted visiting hours.

These are a few of the outstanding tourist attractions that can be explored if one is passing through or near Delhi Airport. Immerse yourself in India’s majestic history, rich cultural diversity, and diverse flora and fauna by visiting these tourist places near Delhi airport.

If you want to visit Delhi from Atlanta, book low-cost ATL to DEL flights with Indian Eagle. So, book your international flight tickets wisely and make your trip unforgettable.

Previous article
Lollapalooza to Make its Asia Debut in India this Jan 2023! Dates and Lineup Announced
Next article
A Cap on Tourists Visiting Valley of Flowers Likely in Future