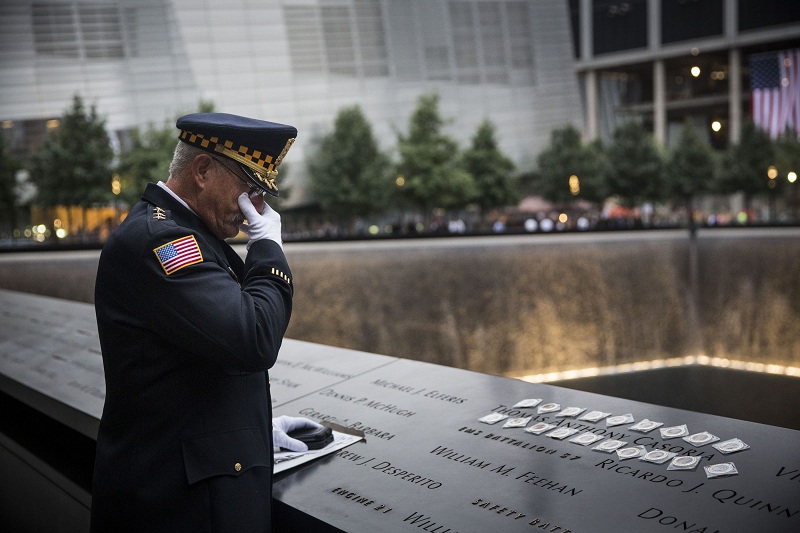 This September 11 marks 2 decades since the callous terrorist attacks that claimed nearly 3000 innocent lives and shook the nation to the core. What happened 20 years ago on this date changed America forever, and the tragic day — 9/11 — remained etched as one of the darkest days in the annals of US history.

The entire nation hosts remembrance events in honor of the lives lost in the wicked attacks plotted by Islamic extremist group Al Qaeda. Commemorating nearly 3,000 Americans killed on 11 September 2001, the 9/11 Memorial and Museum traditionally organizes reading of the victims’ names by family members, observes six moments of silence (at the exact time when each of the World Trade Center towers fell) and hosts Tribute in Light event, in which two beams of light, symbolic of the fallen Twin Towers of the World Trade Center, illuminate the night sky. Community events to be held across the US this Saturday include solemn observances, remembrance ceremonies, prayer vigils, erection of flags, etc.

On the 20th anniversary of the September 11 attacks, President Joe Biden will visit all the three 9/11 memorial sites and pay his respects to those who lost their lives on that fateful day.

19 Al Qaeda terrorists hijacked 4 commercial planes and flew them into New York’s World Trade Center, the Pentagon, and a Pennsylvania field on 11 September in 2001. Two planes — American Airlines Flight 11 and United Airlines Flight 175 — crashed into the Twin Towers (the North and South Towers of the World Trade Center) minutes apart, and the world’s tallest buildings (at that time) collapsed like a pack of cards and turned to a pile of debris in no time. Smoke billowed from the site, bodies lay covered in soot, and the future of thousands of families turned upside down as their hopes burnt to ashes. Many of them who survived the tragic 9/11 attacks, unfortunately, died of the illnesses resulting from breathing the toxic air. Sadly, there are people who are still suffering from a host of ‘9/11-related ailments’.

A third hijacked plane, American Airlines Flight 77 that took off from Washington’s Dulles International Airport toward Los Angeles, struck the western side of the Pentagon just outside Washington DC, and the fourth one, United Airlines Flight 93, plowed into a field in Shanksville, Pennsylvania after the passengers on board the Newark-San Francisco fought back.

Authorities at the Bengaluru International Airport Limited (BIAL) made an announcement on Wednesday, i.e, 22nd June that Bangalore Airport is all set to start...
News

Domestic Air Traffic Picked Up This Year by 99%

According to the data shared by the Directorate General of Civil Aviation (DGCA), in May 2022, domestic air traffic saw a rise in demand...
News

This Forgotten Stepwell in Telangana Belongs to the 18th Century

When ancient Indians built stepwells for water harvesting, they constructed them as stunning pieces of architecture, with ornately crafted cultural and religious embellishments. These...
News

Antara Luxury River Cruises is planning to go on a longest river voyage in December 2022. The journey will take nearly 51 days and...

Previous articleGoa No Longer Mandates RT-PCR Report for Fully Vaccinated Travelers
Next articleKolkata Travel Guide: What to See, Do, Eat, Where to Shop & More!