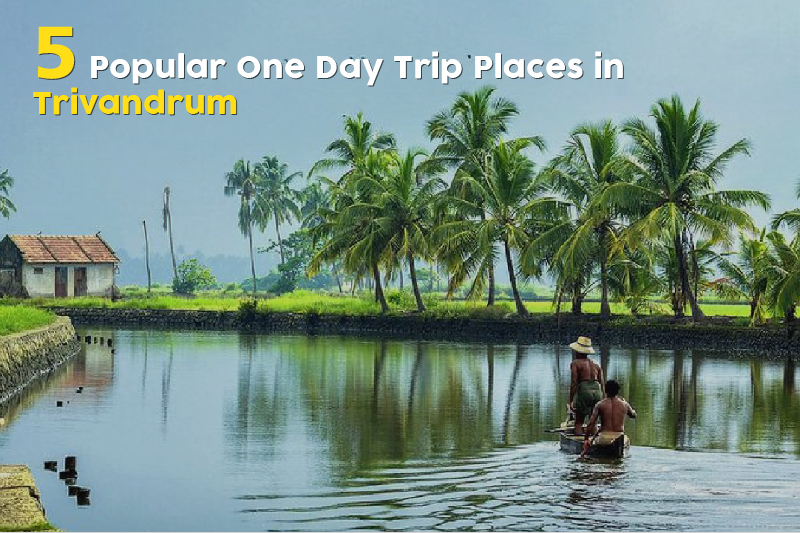 Trivandrum – short for Thiruvananthapuram – is the capital city of the state of Kerala. It has some of the most famous tourist spots in India. It is also the most literate and well-developed city in the country, and the largest city in its state. Trivandrum is located in the coastal region in western India, along the Arabian Sea. You can consider visiting the city. Catch flights from Seattle to Thiruvananthapuram only with India Eagle!

If you ever visit southern India, you should try some of these popular one day trip places in Trivandrum.

One of the oldest zoos in India, it was established in the year 1857 by the then Maharaja of Travancore, Swathi Thirunal Rama Varma. 138 years later, in 1995, this zoo underwent the process of modernization. During this, its old enclosures were closed and these were replaced by spacious, absolutely natural-looking enclosures.

The Thiruvananthapuram Zoo has, since its inception, been housing a wide variety of plant and animal species; today, the number of animal species is roughly about 82. This includes the lion-tailed macabre, the Nilgiri langur, the Indian rhinoceros, the Asiatic lion, the white tiger, the royal Bengal tiger, the leopard, the Asian elephant, the giraffe, the hippo, the Cape buffalo, and the zebra. You will also find on its premises a snake farm and reptile house! Here, you will find exhibits of both poisonous as well as non-poisonous snakes that include seven anacondas!

Priyadarshini Planetarium in Thiruvananthapuram was opened to the public in the year 1994. Its top-notch technology, the main GM-11 star field projector, can project almost all the elements of the universe as we know it. Ah, some useful tech, eh? You can also see the projection of a starry night sky of any place in the world, of any day up to 12,500 years in the past or the future!

If you’re a Science or Astronomy buff, this place should be at the top of your list of places to see in India!

Priyadarshini Planetarium introduces and lets you explore the mysteries of the universe that are yet to be unraveled in a way that you cannot find anywhere else!

This place has been imparting a sense of scientific temperament to the people who visit it.

The vast stretch of sand, the whiteness of the sand, the serene atmosphere… this is how Shanmugham Beach distinguishes itself from a lot of the others in India. It is located in a convenient spot that is decidedly away from the city and designed for some relaxation, away from the hustle and bustle of professional life. It makes for a great one day trip in Trivandrum!

There are some kiosks where you can find food here, such as the Star Fish Restaurant, open-air theatres with car parking amenities, the Old Coffee House for some great south Indian food, and an awesome view of the sunset.

These are some of the most popular one day trip places in Trivandrum that you can tour and understand better the culture of the city.

A paradise for lovers of nature, the Neyyar Dam takes its charm in the fact that it is situated right next to the a wildlife sanctuary. It sits amidst the greenery of the Western Ghats, surrounded by peace and solace, with only sounds of birds and animals that can be heard. It is said ehat the best time to visit the Neyyar Dam is between September and May.

The major tourist attraction near the Neyyar Dam is the Neyyar Dam Wildlife Sanctuary, with such interesting sites as Crocodile Park, Lion Safari Park, Deer Park and Watch Tower.

The Kuthiramalika Palace is two-storeyed and built by the ruler of Travancore, Swathi Thirunal Rama Varma. It is now a museum and an important heritage attraction in the city of Thiruvananthapuram. The site got its name from the fact that 122 horses are carved into its wooden wall brackets which support the southern roof.

This palace also has a unique Navarathri Mandapam in the front, where many events and concerts are held today. Its architecture is very different, with wood carvings – typical Travancore style!

The palace has a museum now that displays paintings and various invaluable collections of the royal family.

These are some of the most popular one day trip places in Trivandrum that you can tour and understand better the culture of the city.