Borra Caves in Andhra Pradesh: A Fascinating Creation of Nature 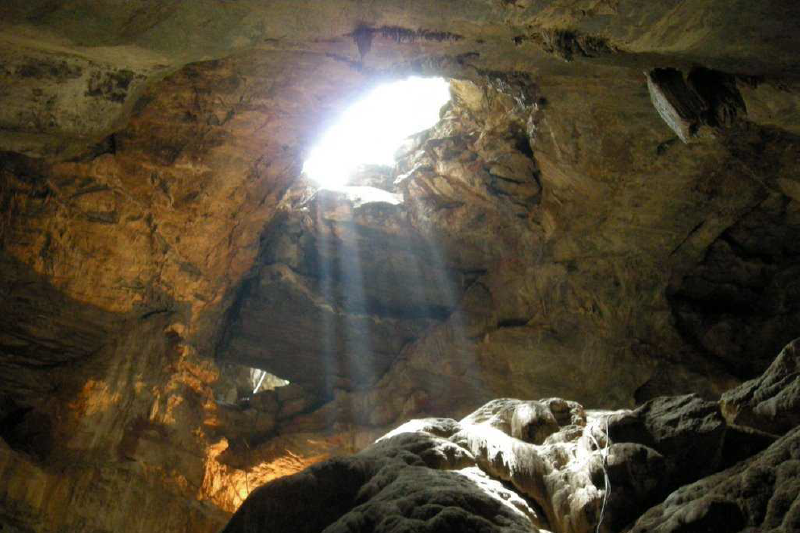 Few will pass the chance to see the caves considered as the deepest and the largest in India. If you desire to do so then head to India’s east coast and further deep into the Araku Valley. There in the Ananthagiri Hills are located the Borra Caves – rather fascinating natural creations.

Borra Caves in Andhra Pradesh are perfect for weekend visits from nearby locations in the state or Telangana. If you are visiting Vizag (Vishakhapatnam), you can include the caves in your schedule.

These caves are considered to be about a million years old, are 1400 m above sea level with their depth around 80 m.

More about the Borra Caves 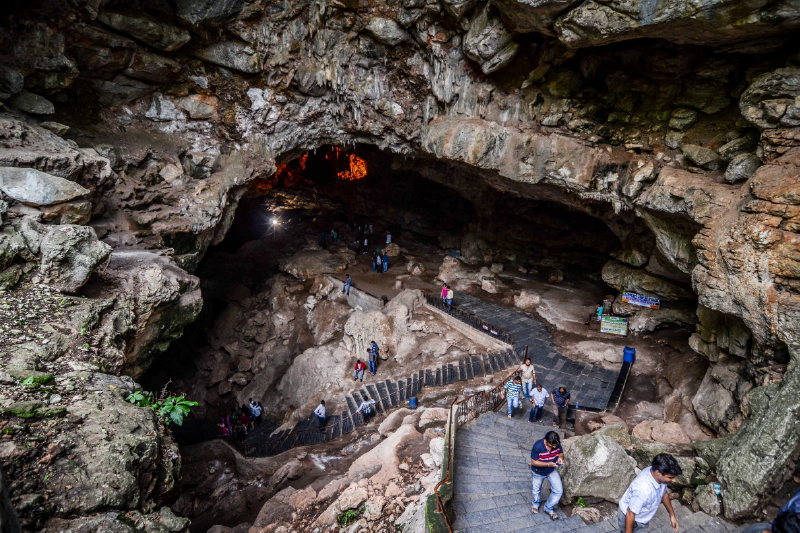 The caves consist of mineral deposits from the Gosthani River. The resulting stalagmites and stalactites have been given interesting names such as Crocodile, Human Brain, Mother-Child, Shiva-Parvati etc. The dim lights inside the caves along with mineral structures make for a rather interesting setting and add to its charm. This is what attracts visitors here.

Another attraction is the legend attached to the Borra Caves in Andhra. One story goes that a cowherd’s cow fell into the cave but was saved. He believed that Lord Shiva saved the cow. So, he built a Shiva temple inside the cave, which is also a major attraction for tourists. By another legend, the story goes that the he discovered the temple when the cow fell inside and was miraculously saved. Regardless of which story is true or even if neither are, the legend adds to the appeal of the Bora Caves in Andhra. There is immense natural beauty around the caves; the neighboring hills and the waterfall can make the trip for the tourists even more worthwhile.

You take flights to Hyderabad and travel via road or train to reach Borra Caves in Andhra. You can also take flights to Vizag (Vishakhapatnam Airport), which at 58 km, is the nearest airport. The nearest railway station is at a distance of some 5 km from the caves. You can take a train to reach the caves from Vizag. October to March is the best to time visit the Borra Caves in Andhra Pradesh.

Previous article
Top 5 Sacred and Divine Places to Visit in Rameshwaram
Next article
The New Hub of Performing Arts: Theater and Concerts in Hyderabad