11 Dangerous Roads in India That Will Make Your Trip Thrilling 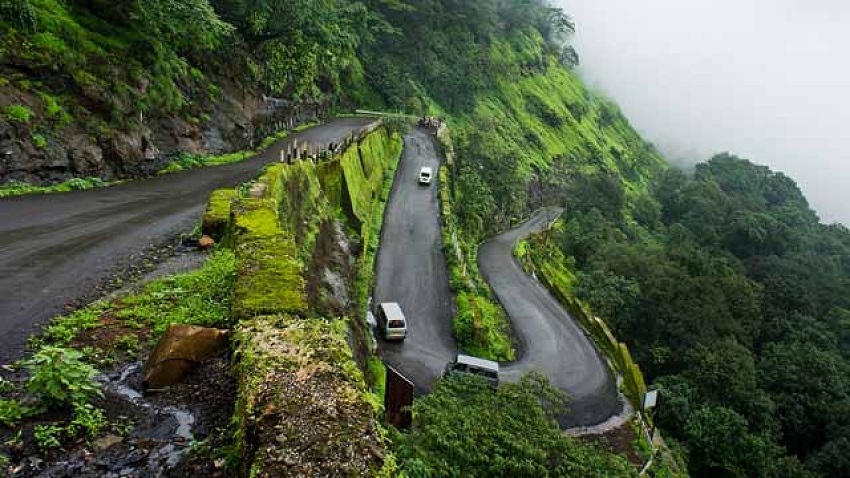 Road trips are considered exciting and fascinating among wanderlusts and undoubtedly it is an awesome experience. You must have fancied going on a biking trail cutting the narrow roads on the hills or driving all the way from Leh to Srinagar with your group. But have you ever thought about the risks some roads can bring to you. India has plenty of such dangerous roads that might risk your life if you are not careful. Here’s a list of the most dangerous roads in India that have not-so-pleasing records.

The reason why this tops our list is that it the highest drivable road in the country and is considered to beone of the toughest routes to cover. The risky route starts from the area of Leh in J&K state of India to Kashgar in China. The height of Khardung La Pass located in Ladakh is around 5600 meters approximately.

One of the most amazing roads in India and a dream biking journey from Manali to Leh for youngsters, the Leh-Manali Highway can be a risky life adventure one can indulge in. Spread over an area of 479 kilometers, this route will bring you a surreal experience as you cross the awe-striking landscapes. What makes the otherwise amazing road dangerous? It is the pathetic conditions of road and poor weather conditions.

Known to be the Gateway of Changthang Plateau in the Himalayas, Chang La Pass is set 5360 meters above ground level. Imagine how thrilling and dangerous it would be to drive along the third highest drivable route in India. The Pass is covered with snow all-round the year which has resulted in several incidents of deaths due to breathlessness at Chang La Pass.

This is the dangerous Leh-Srinagar Highway route set at an elevation of around 3538 meters. The most significant reason why it is among the deadliest roads in India is its extreme weather conditions all-round the year. Sudden landslides and heavy downpour turn it into a slippery muddy path inviting fatal accidents.

This is yet another amazingly thrilling road trip one can have to Kinnaur district in Himachal Pradesh. To one’s surprise, the road is built by cutting the mountain edges on top of River Baspa. The river flows so low that one needs to peep down to see the water. At an altitude of 4000m, this route connects Kinnaur district to the other parts of the country. It is one of the scariest roads in India for adventure lovers.

The 130 km spanning of the Munnar road connecting Kochi to Munnar is found on the Western Ghats of India. Munnar is one of the popular hill stations in South India located 1700 meters above sea level. However, reaching Munnar is not just an exciting drive but a lifetime horror experience as well.

National Highway 22 in India starts from Ambala in Haryana and continues for 285 miles as it reaches the Himalayas offering you to allure the scenic beauty while you get enthralled by the dangerous road. The tunnels and bridges en route are not in good conditions that makes it prone to accidents.

What if we say to reach the most reputed temples In India, you will have to risk your life? Strange it is, but true. The renowned pilgrimage in the state of Andhra Pradesh makes you cover the most dangerous road in India having difficult terrains and deep bends. The route is prone to fatal accidents especially during monsoons.

If you are someone remaining updated of breaking news, you must be aware of the dangers one faces while traveling from Mumbai to Pune. The expressway is often in news due to the many accidents resulting from human errors and carelessness. It is a 94 kilometers long stretch that has witnessed over 4000 accidents causing more than 1300 deaths between the years 2010 and 2015.

This road in the Kishtwar District of Jammu and Kashmir is no less than a death road in India. A terrific narrow road stretched over a distance of 100 miles without any edges or railings requires trained and experienced drivers to save your life. It is considered as the gateway to the base camp situated at an elevation of 6451 meters.

Situated in the district of Rajgad in Maharashtra, this curvy and dangerous road connects Neral to the hill station Matheran located at an elevation of 740m. It is considered one among the most difficult roads to travel through in India. The narrow widths and difficult bends make the road horrific as hell.

You will find several roads in India which are tough to drive on and the unfavorable circumstances often result in plenty of accidents every year. The next time you drive on any of these dangerous roads in India be very careful and have an experienced driver with you if you are not in a mood to drive.

Previous article
5 Important Air Travel Rights You Should Know You Have!
Next article
Top 5 Wildlife Sanctuaries in India and the Animals to Spot There!