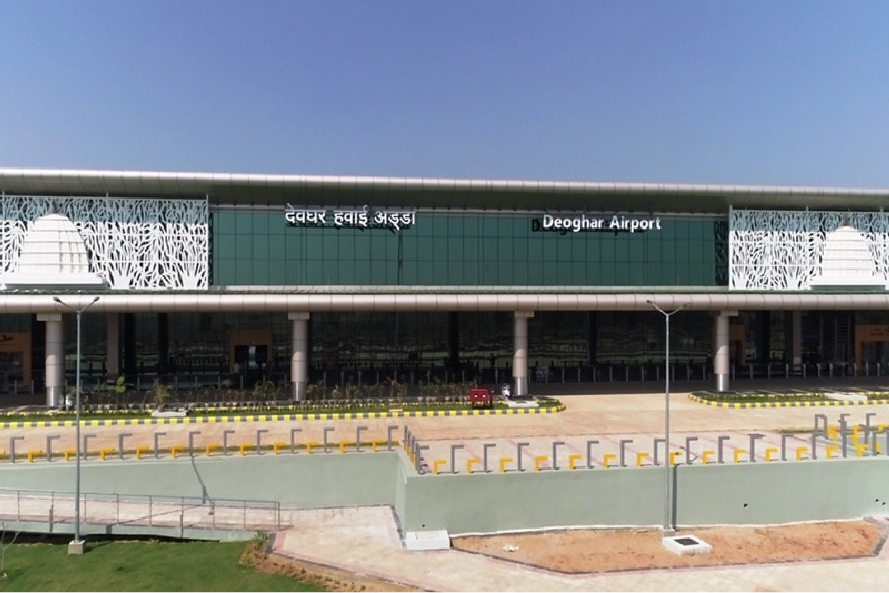 Deoghar Airport is all set to be one of the most significant small-town airports in India.

Deoghar, Jharkhand is always in the news in the months of July and August; and why not! After all; the holy month of Shravan (Sawan), which spans July and August; is extremely significant in India.

This period is dedicated to Lord Shiva. Shravan Maas (the month of Shravan) takes on a different fervor in Deoghar as it is the home of Baba Baidyanath Temple – an ancient Shiva Temple and one of the 12 Jyotirlingas in India. Every month; millions of devotees, arrive here during Shravan to pay their respects to Lord Shiva. Some even take the arduous journey of some 110 kms from Sultanganj in Bihar and walk barefoot to the temple carrying holy water from the Ganga in containers over their shoulders (kaanwar/kanwar/kaavad). So, it is not surprising that the one of the newest small-town airports in India was inaugurated on 12th July, 2022 (two day prior to official start of the Shravan month).

Prime Minister Narendra Modi himself unveiled the Deoghar International Airport. Bookings for flights to several destinations such as Chennai, Mumbai, and Bangalore via Kolkata began on 2nd July. Other routes such as direct flights to Delhi, will soon be operational. This small-town airport in India will pivot new tourist and commercial opportunities in the region.

Deoghar is a very important religious and spiritual place in India. Its very name means ‘abode of the Gods’. The kaanwar tradition goes back centuries. During the months of July and August; the town and all the neighboring areas become one big spiritual fair. Imagine a vibrant cloud of chants and hymns incasing everyone in its embrace!

ॐ नमः शिवाय! The very air vibrates with the sound of this holy mantra invoking the God of Destruction.

जय भोले! बम बम भोले! Devotees continue to chant this phrase in praise of the Lord. Not a tired voice or limb to be heard or seen in this crowd of devotees. You can even spot kids with their parents and elders; walking excitedly to have a darshan of the famous Jyotirlinga.

Devotees arrive in Sultanganj or Patna via trains from various places across India; and then set out on the remaining part of the pilgrimage.  It takes days to complete the pilgrimage; which in itself is not perilous or tough. The main issues have been connectivity and lack of infrastructure in the region. Several decades back; it took even longer. Pilgrims had to take direct or connecting trains from several parts of the country to reach Bihar; then via roads travel to other places.

Now, they can fly directly to Deoghar via several Indian cities. With time; this airport is likely to have connectivity with other cities and towns also. Deoghar International Airport covers an area of more than 653 acres and the runway length at 2500 m is ideal for narrowbody aircraft such as Boeing 737 and Airbus A320.

Other than the religious aspects; the airport is obviously commercially significant too. Since the start of the project; it has led to more employment opportunities in the region. An operational airport continues to create jobs; and aid in the prosperity of the entire region. 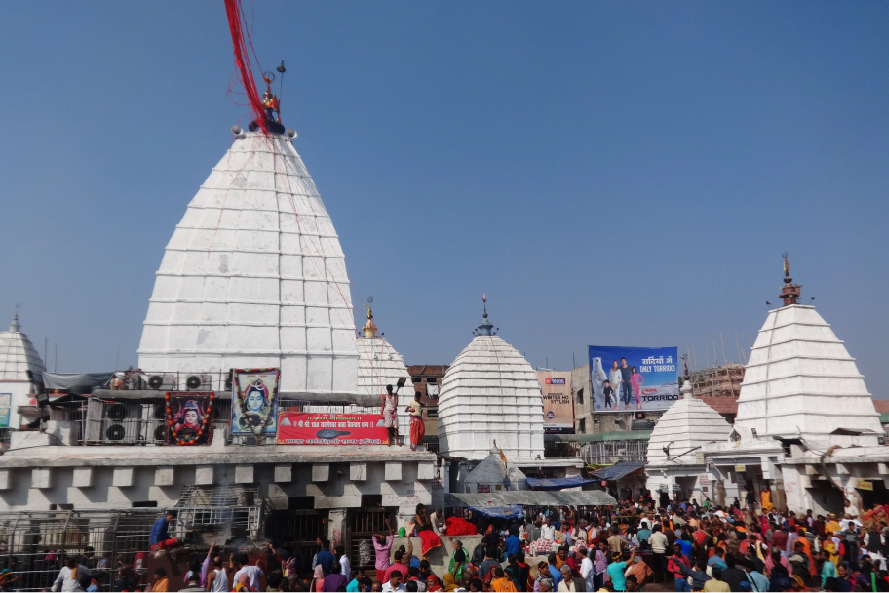 Deoghar Airport will have a huge impact on the region via an increase in the number of tourists. Deoghar is a beautiful place, but sadly, it is not a famous tourist attraction even for the domestic sector. Located in Bihar before the bifurcation of the state into Bihar and Jharkhand; it was mostly visited by tourists from neighboring towns and states or else by pilgrims. It is not well-known in many parts of India (such is true in the country for several towns and attractions).

With this airport and air connectivity; it is likely that the state government will promote the destination. It will also help people easily each Deoghar via all major Indian cities. Even foreign tourists can reach it by taking flights to India to any convenient destination. Without air connectivity, foreign tourists rarely show interest in a place that is not heavy on the tourist map of a country. On top of it, the road infrastructure in the state was not always good; which further lowered tourist numbers.  The airport will definitely help prosper the state.

About Deoghar and Surrounding Areas

States such as Jharkhand and Bihar are not usually on the tourist maps. There are several places in Bihar of religious importance such as Bodh Gaya and it attracts visitors from across the world. Jharkhand, however, has few places that are famous but due to lack of good connectivity, has remained quite unexplored.

With air connectivity, it is easier to visit places that are actually perfect for spiritual sojourns and other touristry things. Deoghar, for instance, is not only a religious place. It is also a very beautiful town with ample natural beauty and many attractions such as other temples, caves, hills etc.

Deoghar Airport is certainly a welcome step not only in terms of improved infrastructure but also overall development of the region. As one of the newest small-town airports in India; it is significant for air connectivity and regional tourism.

As a local resident might say, जय भोले (akin to amen as a matter of saying) to that; fingers-crossed, more people will now be able to visit this beautiful town.

What is the IATA code of Deoghar International Airport?

DGH is the IATA code of Deoghar International Airport.

Which are the famous attractions in Deoghar?

Baba Baidyanath Temple is the main attraction in Deoghar. Other famous places to see in and around Deoghar are Naulakha Temple, Tapovan Caves and Hills, Basukinath Temple, Trikut Hill etc.

Yes, many airlines will offer flights between Deoghar Airport and major cities such as Mumbai, Delhi, Bangalore, Kolkata, and more.

To know about Taj Mahal is to know about history and multitude of references to mysteries and ambiguity related to its existence. What is inside...
Travel

Though they are annoying, delays in flight arrivals are very common. Here are a few reasons for flight delay: Bird strikes Air Traffic Control...
Travel

A little more comfort is what travelers look for when flying long distances, say from the USA to India. Business class and first class...
Culture

Dwarka – the city chronologically significant to the life of Krishna. The city that submerged in the sea and an era was over. The...
Travel

When is the Best Time to Book International Flights