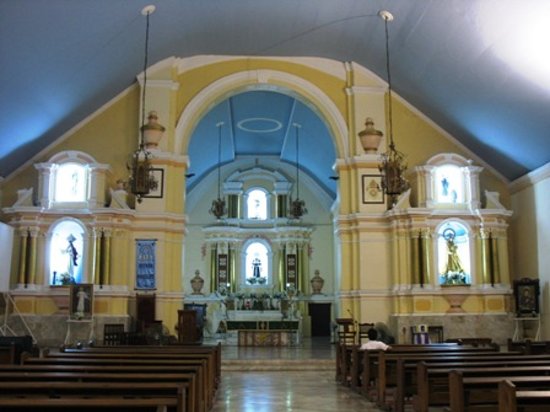 The attempts of Spanish colonizers to evangelize the province of Ilocos Norte led to the construction of many grand churches, which are now popular historical sites. One such tourist attraction in Laoag City, the capital of Ilocos Norte, is Saint William’s Cathedral which is also known as Laoag Cathedral. This article sums up the facts about Saint William’s Cathedral, a 400-year-old Roman Catholic Church.

If you haven’t visited Laoag city yet, let us remind you that the sand dunes, stone churches, beaches, lakes, parks, and museums of the city are must-visit tourist attractions! No point to delay, right? Book cheap flights to Philippines instantly! Learn the interesting facts about Saint William’s Cathedral even before visiting it!

Once you have a clear idea of the tourist spot, you won’t be hesitant while getting on business class flights. A 1580s chapel made of wood and thatch is reconstructed as the present-day magnificent Laoag Cathedral. The foundation stone for this reformation was laid in 1612 by Augustinian Friars. It was occupied by the Revolutionists and American forces before the Philippine Independent Church ultimately won the ownership of the church.

Much like the country that has seen the rise and fall of the colonial rule and survived natural calamities throughout its history, the church too has undergone multiple invasions and tolerated the havoc of hurricane, fire, and earthquake. The church was rebuilt several times as a part of preserving the heritage sites of the Spanish colonial era. The crumbling façade of the church was coated with lime plaster in 1936, and this added a modern look to the façade. It was turned a cathedral when the Diocese of Laoag was formed in 1961 and functioned as the seat of the Roman Catholic Diocese of Laoag.

The architectural features of the edifice:

Last minute flights can be stressful but this blog covers everything you need to know about this magnificent church. This popular historical landmark of Laoag City best-illustrates Italian Renaissance architecture. Saint William’s Cathedral is a two-storied building with across mounted atop the pyramidal structure! Four pairs of crowned columns are found on the facade, two pairs on either side of the arched entrance. There’s a deep niche near the top that houses the statue of the city’s patron saint San Guillermo el Ermitaño. The white-and-cream-colored cathedral looks regal with the many columns on the facade resembling chess pieces.

Greek words “Alpha” and “Omega” inscribed on the wooden door allude to the religious beliefs.  The spacious interiors feature high ceiling, wide windows with wrought-iron grills, and a long carpeted aisle. The church originally built with a mixture of lime, molasses, stones, gravel, and sand was renovated using contemporary building materials as a means of strengthening this ancient construction!

One more interesting fact about Saint William’s Cathedral is that the bell tower is situated 85 meters away from the cathedral, unlike other bell towers that are commonly found either beside the church or a few feet away. The 45-meter-tall tower constructed using locally-made bricks joined by molasses and leaves of a native plant (sablot) is believed to be the tallest bell tower in the Philippines! So, if you have booked cheap flights to Laoag City makes sure to see the Sinking Bell Tower.

The dilapidated structure is all things strange and strong! Classified into ‘Earthquake Baroque’ style architectural buildings, it has managed to survive many minor earthquakes despite its mysterious quality of sinking into the ground at a rate of an inch per year. This is why the bell tower, originally named as Bantay Bell Tower, became popular as The Sinking bell tower. Though the exact reason behind the building burying itself in the ground at a consistent rate is not known, it is said that the massive weight of the structure built on a sandy ground causes the sinking.

There’s also an interesting description surrounding the sinking of the bell tower that a person riding on horseback could easily enter the tower when it was constructed, but now people with average height have to duck their head while passing through the entrance gate. Structural specifications apart, the bell tower functions to this day and rings the bell signaling the hours of mass gathering at the Laoag cathedral! Doesn’t this sound like a serene place to be? It will soothe your soul so pack those bags and use iEagle for book affordable air travel.