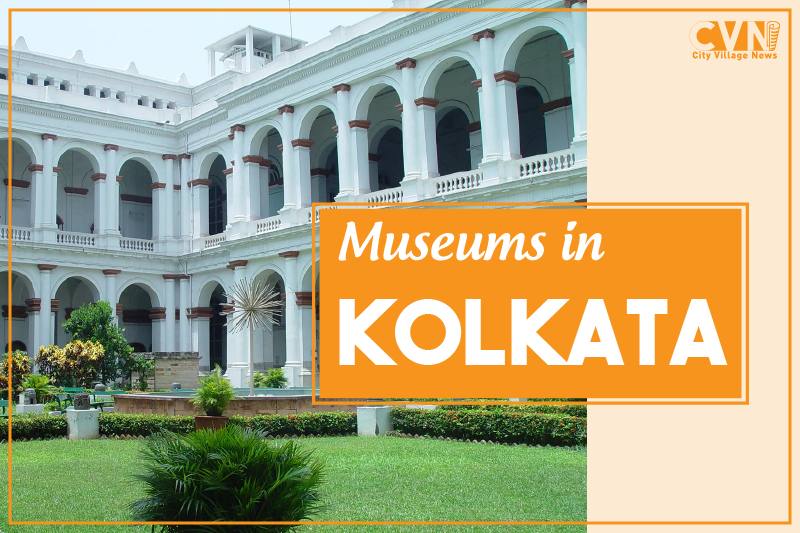 Kolkata, often referred to as the Cultural Capital of India, is a city known for its immense contribution to the country in every field; from art to science. It is a melting pot of history and culture, and the many museums in Kolkata give you an insight into its glorious past.

Apart from the regular art and science museums, the city also has museums that chronicle the history of money, theater, and even the city’s iconic trams. You will also find museums dedicated to eminent personalities that this city birthed. Listed below are 5 famous museums in Kolkata you must visit for an insight into the rich heritage of this city, and of the country at large. 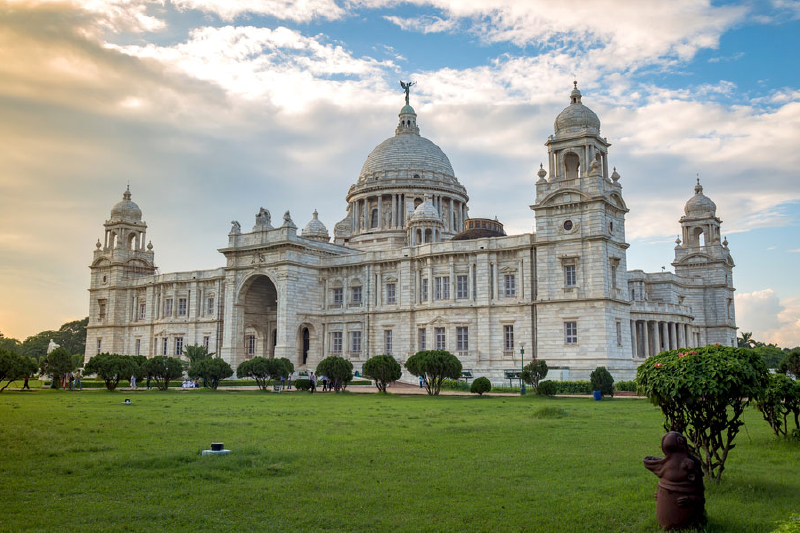 Kolkata boasts of the largest British Raj buildings in India and Victoria Memorial is probably the most recognized monument of them all. This Indo-Saracenic architectural masterpiece has been converted into a museum and its 25 galleries preserve thousands of relics from the British era, including paintings, rare photographs, manuscripts, armory, sculptures, textiles, ornaments, etc. The Calcutta Gallery, with its Gallery, Portrait Gallery, Sculpture Gallery, and Arms and Armoury Gallery are some of the interesting galleries at Victoria Memorial. 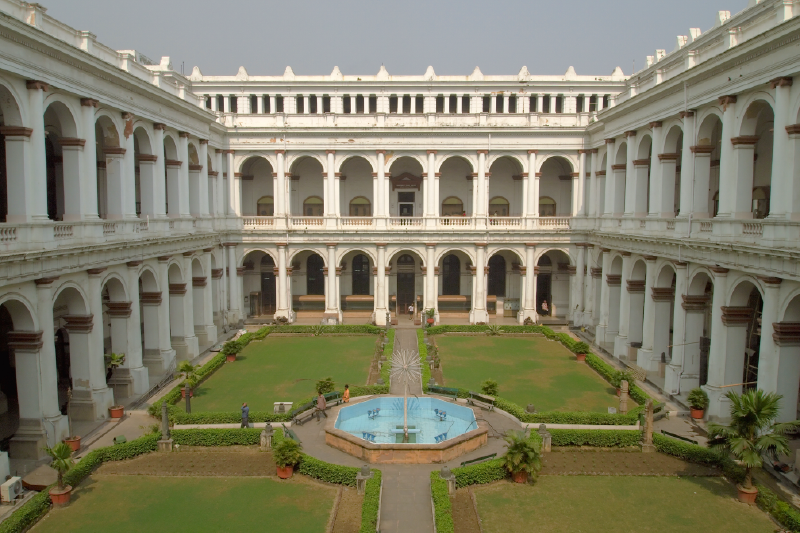 One of the most-visited museums in Kolkata, Indian Museum has another endearing name – Jadu Ghar, i.e. the House of Magic. It boasts of as many as one lakh exhibits classified into art, geology, zoology, botany, archaeology, anthropology, etc. Some of its interesting exhibits include Mughal-era miniature paintings, ornaments from different eras, ancient coins, fossils, skeletons, a 2000-year-old pillar featuring the structure of four Asiatic lions, and a 4000-year-old Egyptian mummy. Established in 1814, Indian Museum is the oldest and largest museum in the country.

Also Read: Things to do in Kolkata via its Streets 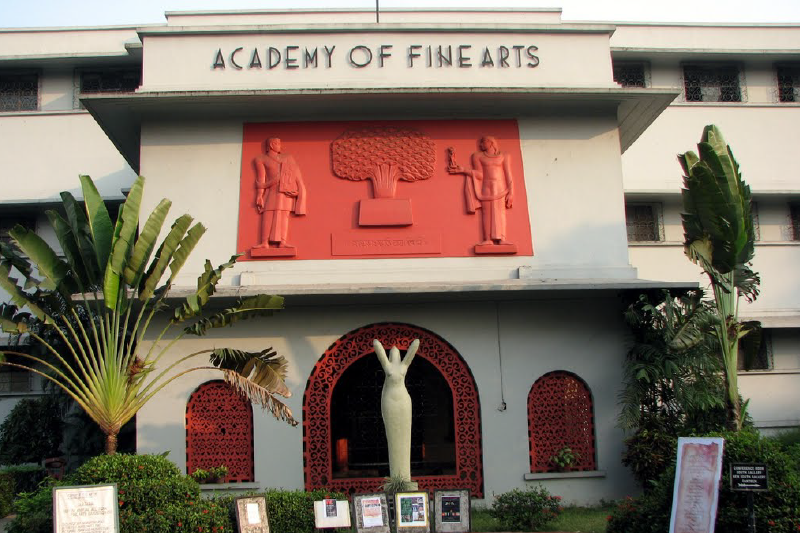 This art museum in Kolkata is a must-visit for all those who love contemporary art as well as theater. The Academy of Fine Arts displays a vast collection of beautiful paintings by famous artists such as Gaganendranath Tagore, Jamini Roy, Nandalal Bose, etc. It is segregated into several sections namely Textile Museum, Gallery of Academy Arts, Bengali Art Gallery, Contemporary Art Gallery, Studio and Sketching club, etc. The theater hosts daily performances and an annual theater festival too. If you trace the history of this museum, you will find that it actually started its journey as an art society that held annual exhibitions at Indian Museum before being established as an art museum in 1933. 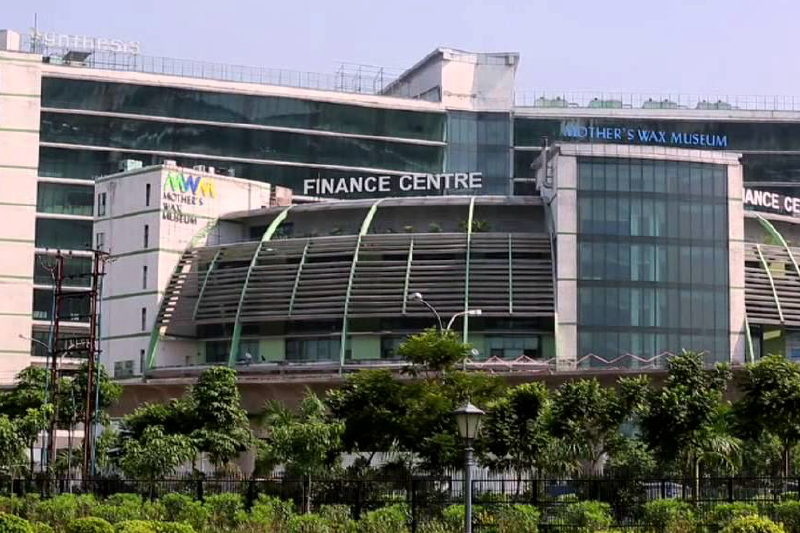 Situated less than 10 km from Kolkata Airport, Mother’s Wax Museum is filled with interesting wax statues of several influential people from different walks of life, who have left a mark in their respective fields, be it cinema, sports, art, literature, science, and technology, politics, spirituality, or social service. It is one of the interesting museums in Kolkata, where you will also find wax figures of popular fictional characters. So, the next time you fly to Kolkata, do check out the city’s very own version of Madame Tussauds and take a selfie with the life-size wax idol of the people you admire. 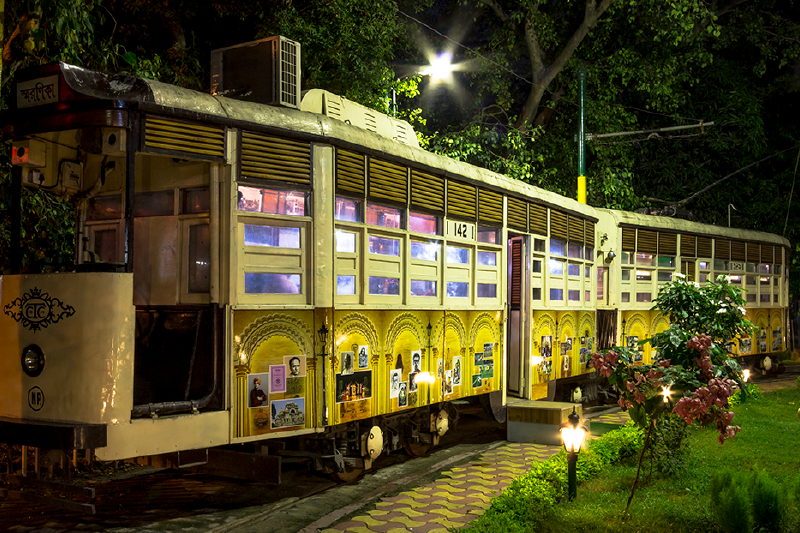 You cannot talk about Kolkata’s transportation without a mention of trams. They have been an indispensable part of local transportation, and unsurprisingly, there is a museum in Kolkata dedicated to trams. The Smaranika Tram Museum is set up inside an old tram itself, and the two compartments of this 1938 tram house several artifacts and memorabilia related to trams. Explore the replicas of vintage trams, rare photographs, old tram tickets, passes and coupons, coin exchange machine, staff uniforms, etc. Interestingly, the entry ticket to this museum is also designed like a tram ticket.

Other famous museums in Kolkata include Birla Industrial and Technological Museum, Netaji Bhawan, Marble Palace, Nehru Children’s Museum, Rabindra Bharati Museum, Kolkata Police Museum, and Reserve Bank of India Museum. Do take a tour of these museums during your visit to the ‘City of Joy.’ Planning a trip? Find cheap deals on flights to Kolkata from San Francisco or any other US city at Indian Eagle and book your tickets now! exhibits, takes you back to a time when this city was a British colony. Royal Gallery, National Leaders