Visit the Sri Chamundeshwari Temple in Mysore this Navratri 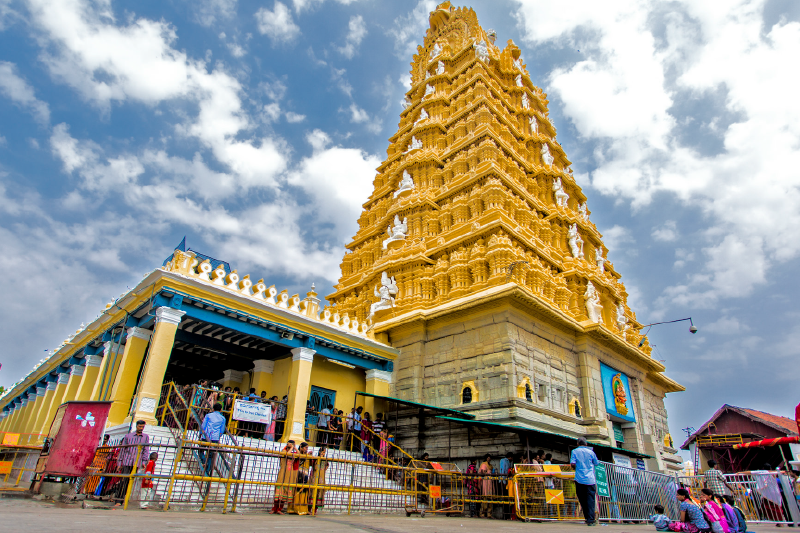 Navratri, the festival spanning nine wondrous days, is a homage to Goddess Durga – the embodiment of strength and courage. The Goddess of protection but also the destroyer of all evil. The representation that is beyond religion and borders. Navratri is the time devotees visit temples to seek special blessings of the Goddess or to soak in the spiritual vibes. So, regardless of the reason for your spiritual sojourn; visiting the remarkable Goddess temples in India can be very special. One such wonderful temple is the Sri Chamundeshwari Temple in Mysore, Karnataka.

If you are visiting Bengaluru at this time, you can easily plan a trip to Mysore (officially Mysuru).

About the Chamundeshwari Temple 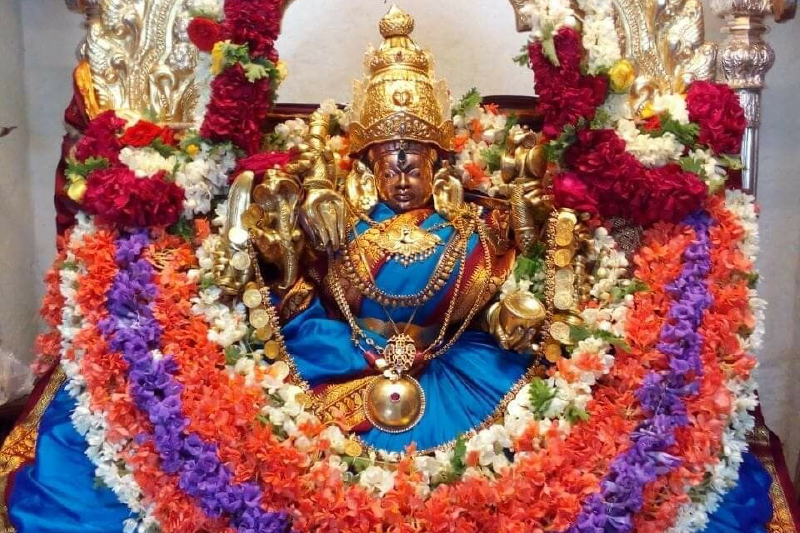 Chamundi is the name of a fierce avatar of Shakti: the energy the Goddess embodies. The temple is significant because the Chamundeshwari Devi is the Tutelary deity of the royal family of Mysore. The goddess is also the presiding deity of the city of Mysore. The temple is said to be built by the Hoysala king Vishnuvardhana. The latter dynasties added to the temple. For example, Krishnaraja Wodeyar III approved the building of the gopura in 1827.

The hill on which the temple is located is considered one of the oldest hills out of a group of such rocky structures mentioned in the holy Hindu text Skanda Purana.

On the way; the temple rises like the sun behind a hill if you are on the road. The temple is sacred to the locals. It is also visited in great numbers by the ex-pat community from Karnataka during Navratri but at other times of the year as well.

Climbing some 1000 steps leading up to the temple can be meditative. On the way, there is a Nandi statue, 16 feet in height and around 25 feet in length. The stairs are also centuries old and said to be built by the royal family in 1664 AD. When ascending the steps, stop a while and spend some time by the statue – taking in the serenity rising out of the ancient structures all around you. Watch the trees on the hills swaying to the silence – as if in reverence to the goddess.

The temple is also significant as it is said in the Devi Purana to be the place where the Goddess took the Chamundi form to slay the demon Mahishasura. It was a fierce battle between the good and the evil – with the Goddess triumphing over the powerful demon.

The temple structure is in Dravidian style of architecture. There are several other temples near the Chamundi Hill.

The temple itself is some 13 km from Mysore.

The temple, atop the Chamundi Hills, is amidst natural beauty serenaded by tranquility. During Dusshera also, the day after the last day of the Navratri, the temple is filled with devotees to witness special celebrations. The erstwhile royal family of Mysore still comes here to pay their respects to the Goddess on Dusshera.

Chamundeshwari Temple Mysore timings can vary throughout the day. So, plan your visit accordingly. It opens at 7.30 AM on all days and closes by 2 PM. You can then have the darshan only between 3.30 PM to 6 PM and then from 7.30 PM to 9 PM. The best time to visit Chamundeshwari Temple is during Navratri and Dusshera for special celebrations. But since the temple is open throughout the year, you can take this pilgrimage any time you desire.

How to reach Mysore: You can take flights to Bangaluru and then travel to Mysore by train or road. The distance by road is around 150 km. There are no direct flights to Mysore. Going via Bengaluru or other cities is the best way to reach it.

If you are visiting from the USA or any other country; you can take direct and connecting flights to Bengaluru. For instance, you can take flights from Seattle to Bengaluru from the west coast or in fact from various US cities to major cities in India. The same applies to other countries as well.