Visit 8 Beautiful and Most Popular Mosques of India 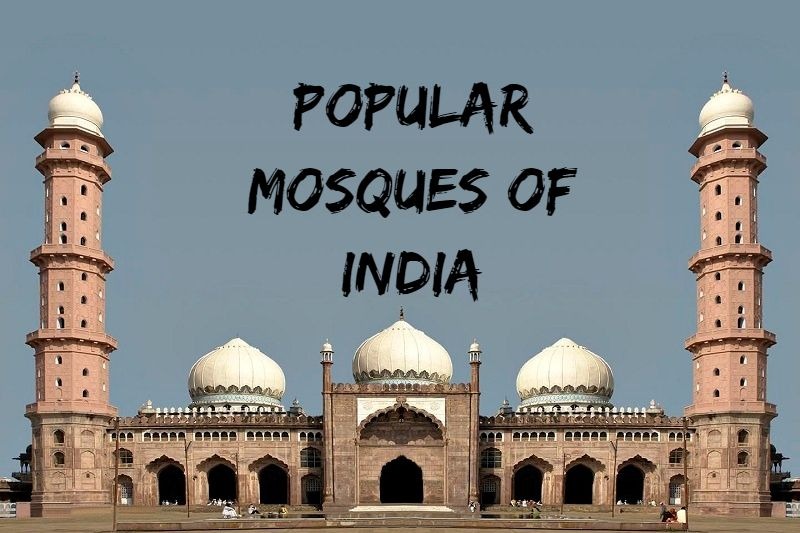 The incredibly beautiful and popular mosques of India have fascinated people all over the world for ages now. Stunningly built, these are iconic religious monuments that attract a large number of tourists throughout the year. Many even ask, ‘What is the total number of mosques in India.’ It can be difficult to come up with the exact number since there are countless mosques in rural India that are still yet to be discovered. However, popular sites estimate the number of active mosques, or masjids, in India to be around 300,000 to 400,000. This is higher than in most Islamic countries. Many of these are among the most popular mosques of India.

So which popular mosques in India should you visit? To make it easy for you to pick, we’ve listed some of the most famous mosques of India you can begin with.

Most Famous Mosques in India:

From our list of the most popular mosques of India, choose which one you’d like to explore first. You can book last minute flights for your trip in case you don’t have enough time to make flight bookings in advance. There are plenty of cheap places to stay in India during your trip.

Arguably India’s most famous mosque, the Jama Masjid can accommodate up to 25,000 worshippers at a time. Built by erstwhile Mughal ruler Shah Jahan, the Jama Masjid has three massive gates and four spectacular towers. Also among the oldest mosques in India, it measures about 80 feet in width and 260 feet in length.

With the capacity to hold approximately 175,000 people at a time and an interior area of nearly 430,000 S.Ft, the Taj-ul-Masjid in Bhopal is the biggest masjid in India. Literally meaning The Crown of Mosques, the red stone mosque is also among the tallest ones in Asia. This is among the largest popular mosques of India you can visit on your trip.

Visible from top of the Charminar, the Mecca Masjid in Hyderabad is among the most popular mosques of India. Built by a ruler of the Qutub Shahi Dynasty, it is able to comfortably accommodate approximately 10,000 people at a time. Reportedly, the soil-made bricks that were used in the construction of Mecca Masjid were imported from the Islamic holy city of Mecca in the Kingdom of Saudi Arabia.

This isn’t just one of the most popular mosques of India but it’s also among the most beautiful ones to be visited when arriving on business class flights. Located on an island in the gorgeous Arabian Sea, the mosque is home to the shrine of renowned Saint Pir Haji Ali Shah in whose honor it was constructed. It’s best visited during Fridays and Saturdays when you can enjoy enchanting qawwali performances by Sufi singers.

Famed for its elaborate windows, this is among the most stunning mosques to visit in India. The most popular of these windows is the tree of life jali (window) depicting a tree with its branches spreading outward in a semi-circular fashion. Possibly the most beautiful of the famous mosques of India, it’s best to visit either during dusk or dawn. The sunlight falling on the windows casts beautiful designs on the floor inside.

Situated right behind the Dargah of Khwaja Moinuddin Chisti, the Adhai Din Ka Jhonpra was earlier a Sanskrit college before being transformed into a mosque. Qutubuddin Aibak commissioned the mosque and it was built under the watchful supervision of able Afghan managers. Depicting the brilliance of Indo-Islamic architectural styles, the mosque is among the most stunning ones to visit in India.

Located in Nowhatta, the Jamia Masjid is well able to accommodate approximately 33,000 people at a time. One of the oldest mosques in India, it was built sometime in the early 1300’s AD by the then Sultan of Kashmir. Stunning to behold, it’s among the most iconic attractions in Srinagar. Since it is placed at the heart of the mesmerizing old city, there are other historic attractions to explore nearby as well.

Among the famous mosques in India, it’s also among the topmost attractions to enjoy in Lucknow. This spectacular grand building is among the best and most popular mosques of India. Built during the late 1700’s by the Nawab of Awadh, Asaf-ud-Daula, the mosque can accommodate up to 300,000 at a time. While you can explore the marvelous structure, enjoy also strolling through the bright garden leading up to it.

Any of the above-mentioned popular mosques of India are worth a visit when you’re touring the country. Book a ticket from USA to India at the earliest possible and visit as many of these famous mosques of Indian as you can.