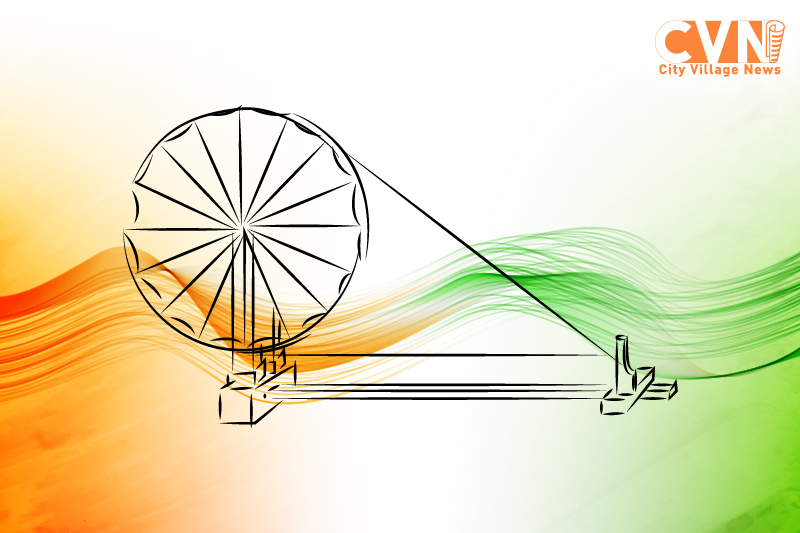 Gandhiji’s Charkha was THE protest symbol. In a country where protests are common; the rise against a regime with the ‘Humble Charkha’ is not only synonymous with courage but a rare confidence – determination to fight big but without pretense.

The David vs Goliath – the British vs the Charkha – the Invaders vs the Defenders.

It was We vs Them.

As India nears yet another Independence Day celebration; here’s paying homage to the Charkha – the unassuming yet compelling symbol of India’s Freedom Movement. The role of charkha in India’s freedom movement cannot be denied or reduced.

Was Gandhiji’s charkha a mere symbol of emancipation from the British rule? Just a way to protest? Was it so powerful that it led to the Swadeshi Movement? No, no, and yes to the above questions.

It was a symbol, yes, but of ‘political emancipation’ and a reactionary symbol for the social and economic aspects of the British Regime. It was, more importantly, a visual clarion call to the nation to unify in a non-violent manner against the British – to spin together in a unified voice and stand in the weave that was India and the India, which Gandhiji and the other leaders envisioned.

It was a symbol of a nation that had to become self-reliant if the people wanted to be free of the foreign rule. The charkha said clearly to the British ‘We do not want your fancy clothing and cotton or silk. We will spin our own khaddar and wear it proudly.’ It meant more because the man who put it forth was dressed so simply and without a care and challenged the invaders who turned rulers to ‘leave and not return’. It was a call to स्वदेशी and a boycott of विदेशी. And when it came from a man who quietly sat behind the charkha and led a non-violent national movement; it meant so much more. It was a big wake up call to the people of भारत – mostly silent; albeit a loud wake up call. But the quiet soon led to chants of Swadeshi and Freedom and changed the course of the fight against the British Rule. 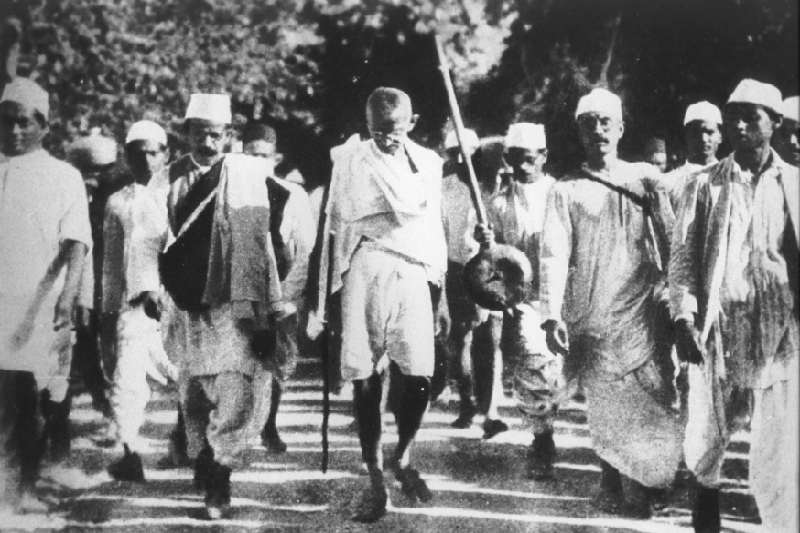 The British used resources of their colonies including of India to manufacture their products and market them to the very people whom they plundered. Textile was one such commodity. And India was a big source for the raw material cotton.

The charkha played the part of mostly a three-fold protest – 1. rejecting British goods in favor of locally-made things. The British-made textile was to be replaced by India’s khadi. 2. It was to lead to स्वराज्य – self-rule. 3. It was a way to protest against the British in a non-violent manner.

In 1921, it was used as a symbol in the center of the Indian Tricolor (later replaced by the Ashok Chakra) – another representation of movement and unification.

The Call to Swaraj, in a way, began much earlier with many violent and non-violent protests to free India. There were rallies and cries and spinning of clothes in major protest centers such as Delhi, Mumbai, Kolkata but also in small towns. The partition of Bengal in 1905 (because of the Divide and Rule policy of the British), in the guise of administrative reasons, formally initiated the Swadeshi Movement (7th August 1905). It lasted till 1908. The call to boycott British goods and make and use swadeshi products was largely successful.

And it all began with the humble mighty Charkha. The role of charkha in India’s freedom movement was paramount – if we can look past the symbolism and see what it really achieved.

A tour of India, for this reason, is an eye-opener. You can take flights to India or roam the country in trains or via roads to learn its history. Each place in India has something unique to offer in terms of the freedom movement – be it Jhansi, Dandi, Amritsar, Kakori, Champaran – the list is endless. Places like Surat and Kozhikode are significant as these served as ports and attracted merchants and invaders and have historical places showcasing that part of the history.

The first thing that comes to mind when thinking of Rajasthan is Udaipur's strong forts and opulent palaces. These opulent palaces in Udaipur spell...
History

On this day in History, in the year 1973, a bank robbery in Sweden gave rise to a popular cultural and psychological term –...

Previous article
All About DAO and How it will Transform the Travel Industry
Next article
World Sanskrit Day: A Reverence via Famous Rig Veda Hymns