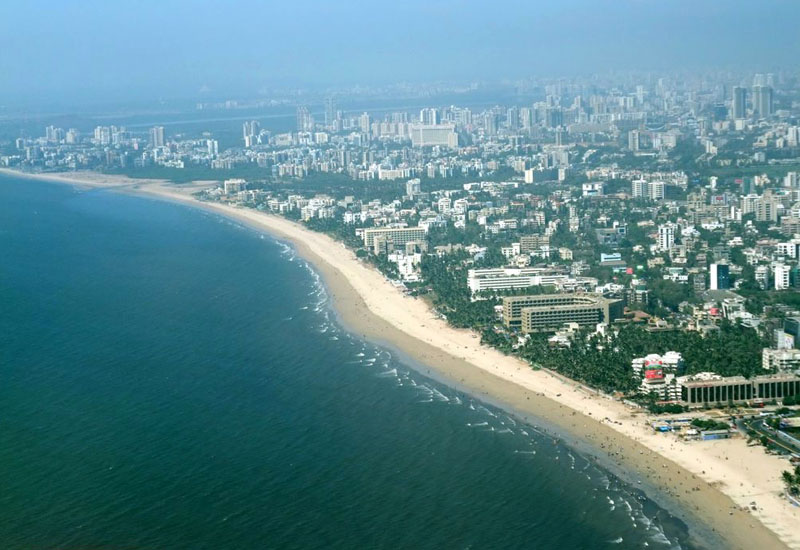 The City of Dreams Mumbai is one of the most popular places to visit not just in India but the world as well! While it’s famous for the epic Vada Pav snack and the inimitable Bollywood film industry, there are plenty of historical buildings of Mumbai which make it one of the most fantastic places to visit in India. Book cheap tickets to India and come explore some of the most iconic Mumbai landmarks. You can book last minute flights with Indian Eagle travel agency in case you don’t have time to book flights in advance. With them, you will get cheap tickets to USA for your return trip as well. Read on to know about the most amazing historical buildings of Mumbai and decide which ones you’d like to visit first.

There is simply no way any list about iconic Mumbai landmarks does not start with this epic monument! Mumbai’s most recognized monuments, the Gateway of India was built to commemorate the visit of King George V and Queen Mary to Mumbai. Marvelously made with splendid architectural designs, the Gateway of India is strategically placed facing the sea to offer the best vantage point of those arriving by sea. In its close vicinity is the Taj Palace Hotel, another one of famous Mumbai landmarks worth exploring.

One of the most famous Mumbai landmarks with an equally famous background, Dhanraj Mahal is an exquisite place to visit when arriving in the city on cheap business class flights. It was the former palace of Raja Dhanrajgir of Hyderabad built sometime in the 1930’s. At one point of time, it used to be one of the largest as well as costliest buildings in Mumbai. Dhanraj Mahal was acquired by the Ministry of Defence during World War II but was later returned to the royals that owned it.

Built from 1871 – 1878, Bombay High Court is an exquisite piece of Gothic architecture and one of the most stunning Mumbai landmarks ever. The first ever sitting at the Bombay High Court took place in January 1897. The spectacular structure with octagonal towers was modeled on a German castle and black stones were used to construct it. On top of the building you can see statues of Mercy and Justice which inspire upholding of Indian law. When you visit this iconic building, it is highly recommended that you try to catch some part of a trial.

Formerly known as Victoria Terminus, Chhatrapati Shivaji Terminus is one of the most iconic and must-visit Mumbai landmarks. Resembling the St. Pancras Station in London, the terminus was designed by architect Frederick William Stevens and built in the year 1887 to commemorate Queen Victoria’s Golden Jubilee. This UNESCO World Heritage Site displays the fusion of Victorian Italian Gothic Revival architecture along with traditional Indian (Muslim and Hindu) architecture.

One of the most iconic Mumbai landmarks is also one of the most vital ones to the commercial capital of India. A prime example of suave contemporary architecture in the city, the building was constructed during the late 1970’s. With a total of 29 floors, this was the tallest building in India at the time of its construction. A visit to the Bombay Stock Exchange, one of the most important Mumbai landmarks is absolutely worth the time and effort you put into it. Study the architectural style of the building and get the chance to experience the workings of the stock market as well.

Previous article
5 Most Crowded Places in India!
Next article
The Mesmerizing Main Bazaar of Paharganj, Delhi