Get Closer to the Vivid Maharashtra Culture and Heritage 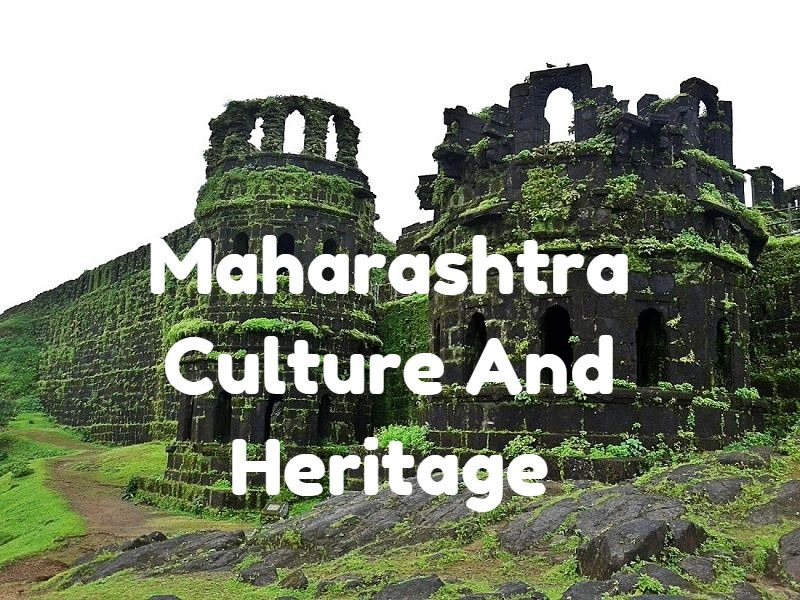 Maharashtra, the third largest state (by area) and second most populated state of India is often referred as lands of actors, saints and scholars. Popularly known for its ‘purogami’ (forward) culture, Maharashtra stands by the meaning of its name – ‘Maha” (big) in population, size and culture. The broad canvas of the state showcases a vast number of prominent attractions preserved since years now. From important festivals, music, dance and other traditions, Maharashtra culture and heritage has enveloped a lot to unleash for the visitors. Know the different layers piled to make the state a beautiful place to live and travel. Keep reading.

Marathi is a supreme language use by Maharashtrians but every religion gets to have their fair share amid the predominant Marathi Hindu population in the state. People in Maharashtra live a free lifestyle in comparison to the other states in the country in terms of orthodox boundaries, gender inequality, etc, especially in big cities like Mumbai and Pune. Mumbai, the Mayanagri of Maharashtra portrays an enticing lifestyle with the ever fast life people live in the city and the biggest reason is the crowd settling here every day to achieve their dreams in the film industry.

However, tradition and culture has still got strong hold in the lives of people. From clothing to festivals to food to music to dance to heritage, you will feel the essence of its rich culture everywhere.

Culture and Tradition of Maharashtra

The co-existence of different cultures has shaped the state of Maharashtra into a prosperous land to live in. Although modernization is at its peak in Maharashtra, people follow their traditional values and rituals maintaining rich culture. The great Maratha kings and warriors who ruled the state in the ancient days have added to the prolific Maharashtra culture and heritage with their grandeur, exuberance and high spirits. The locals follow typical traditions of Dohale Jevan that involves the custom of relatives calling a pregnant woman for her favorite home-made meal, Til-Gul – a ritual performed every year on Sankrant especially in Pune where people offer the sweet to each other saying, ‘Til-Gul khaa, ani god god bola”. This Marathi statement means to eat the sweet and talk sweetly the whole day.

Other traditional values people abide by are the festivals of Maharashtra. The most popular festival is Ganesh Chaturthi, the mystical birth anniversary of Ganesha when people bring home the idols of the Lord and worship for 11 days. It is a tradition to worship the idols, feed him with delicacies like Modak as ‘prasad’ and on the 11th day, the idol is submerged in the Arabian waters bidding the Lord a heart-filled farewell. This festival is celebrated every year with same excitement and devotion. You can experience the charm and grandeur this year; book your last minute flights to Mumbai. The celebrations have just begun! Maharashtrians also celebrate Diwali with high spirits lighting diyas and burning crackers with a belief of eliminating evil from the society.

The traditional costume of Maharashtra is dhoti (a long cloth to cover legs through the waist), cotton shirt or kurta, waistcoat or bandi (optional) and pheta (topi or headgear). Coming to women, they bwear blouse or ‘choli’ on top and a saree almost 9 yard in length. The saree is named ‘nuaware saadi’ or ‘lugade’. Usually, the wear chappals or open sandals as footwear. As time passed, the tradition underwent some transformations in some cities of the state like Mumbai, Pune, etc. Mumbai dress and culture is quite modern in comparison to the other cities in Maharashtra as people wear western wear or a fusion like Indo-Western in the 21st century. However, there are people who still wear traditional costumes during religious occasions or any Marathi festival.

Food and Cuisine of Maharashtra

Locals of Maharashtra are very fond of their cuisines and the diverse cooking style is sure to lure you one in the state especially the city of Mumbai and Pune. You will find Maharashtra culture food is found all round the state and it is equally delicious no matter which place you try in. These cities are famous for its delicious and mouthwatering street food like Pav Bhaji, Batata Rassa, Pani Puri, Dhabeli, Chakli, Chivda, Sev Puri, Modak, Misal Pav, Dahi Puri and Bhel Puri. Apart from these roadside delicacies, Maharashtrian taste of food has got add on of South Indian sustenance.

Maharashtra portrays a dynamic folk culture with its vibrant music and authentic dance culture such as povadas, lavnoi, bharuds and gondnals. These are general expression of celebration and excitement of people during festive and religious occasion. Besides this, the bona fide music of Maharashtra is an essential amusement event for every Maharastrian. The famous music and dance styles include Bhaleri – a melodious music to motivate the agriculturists and praise their hard work in the fields, Palane – a Marathi children’s song to make the kids happy and some more. There are various kinds of society music like Bhajans, Gondhal, Lalita, Bharud, Tumbadi, Kirtan and Abhangas, a key to enjoyment for the devotees. Lavani is one of the famous Maharashtra culture dance involving dazzling beats and amazing grooving moves, performed on dholkis.

The artisans in Maharashtra are very accurate and at the same time delicate in the crafting work. They indulge in weaving fabrics of high quality like Himroo and Mashroo, from silk and cotton. It is amongst the finest works by Maharashtra artisans.

Another famous artwork by the Maharashtrians is the Kolhapuri Chappal made in Kolhapur. It is popular for its durability, design, simple style and leather quality. Warli paintings are art designed by the warli tribe living in Thane district of Maharashtra. The painting describes a story to the viewers in the most artistic way. Painthani Sarees are the kind of beautiful silk sarees with fine zari handwork on borders. How can we forget about the Kolhapur Saaj? It is a special kind of necklace worn by Women of Maharashtra.

The state is into existence since the ancient times of Maratha warriors and kings. Maharashtra has rich cultural heritage which is turned to tourist attractions for its underlying history and stupendous architecture. Some of the famous tourist destinations in Maharashtra include Siddhivinayak, Marine Drive, Gateway of India, Sea Link and Chhatrapati Shivaji Terminus in Mumbai, Mahabaleshwar, Mahalaxmi Temple in Kolhapur, historical palaces and monuments in Aurangabad, Trimbakeshwar Temple in Nashik and some more. The hotel industry is also blooming in Maharashtra. If you are up for a conference in Mumbai and have already booked business class flight, you have a good chance to explore in and around the city for a day or two.

Maharashtra is a state with most of the Bollywood activities taking place. Mumbai is a city with a film industry of its own and superstars like Shri Amitabh Bachchan, Shah Rukh Khan, Priyanka Chopra, Deepika Padukone, Salman Khan, Akshay Kumar and many more reside in the city. The film culture is not just limited to Hindi movies but English and Marathi movies are also turning prominent among viewers.

Since years, people from different states of the country settle here to try their luck in Bollywood, fashion and Television. Fortunately, the state has never turned down real talents and every deserving human has got his or her share of popularity in the industry.

The diverse culture of Maharashtra is what makes the people feel proud and Mumbai will definitely make one fall in love with its hidden layers of serenity, culture and lifestyle. Planning to move to the populated state in India or it’s just a trip? Well, before you do any of this, do know about Maharashtra Culture and Heritage.