5 Most Sacred Jyotirlingas to Visit in India in 2019 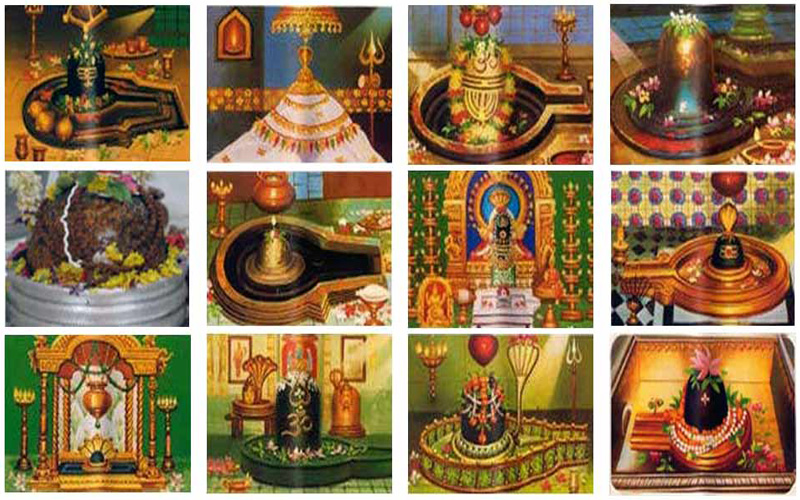 Jyotirlingas are considered as manifestation of Lord Shiva in Hindu religion. India has some of the most strategic places having jyortirlingas that are regarded as the most sacred and religious temples in the country. Hindus from all across the world visit these spiritual attractions of Lord Shiva.

Are you planning to go on a spiritual journey in India? We have got you the most sacred jyotirlingas to visit in India in 2019. Stay glued and keep reading.

Located in the Rudra Himalayan Range, Kedarnath sits at an elevation of 1200 feet and is one of the main attractions of the four dhams of Hindus. As the place experiences extremely cold winters with snowfall, it remains closed for around 6 months in the winter season and the best time to visit Kedarnath is in the months of May and June. Pilgrims traveling to Kedarnath start their journey by visiting Gangotri and Yamunotri to fetch holy water from the rivers to offer the shivalinga in the temple. Belief says that on offering holy water on the sacred jyotirlinga in the Kedarnath temple brings happiness, luck and fortune. As it is quite difficult to trek up to the temple, especially for senior citizens, pilgrims ride on dolis or mules. If you want to have a spectacular trekking experience, get a stick and walk through the narrow paths and hilly slopes to reach Kedarnath.

Situated in the Kathiawad region, Somnath is believed to be the first of 12 jyotirlingas in India and welcomes thousands of pilgrims each year. It is the most worshipped Shiva temples in the country with an architecture resembling Chalukya style. Some of the believed stories of the temple say that Lord Shiva appeared in form of light in the shrine. One from the Shiva Purana reveals that the Moon married Dakshin Prajapati’s 27 daughters and was later cursed by Prajapati for being with only one of his wives (Rohini) and ignoring others. To regain his beauty and lustre, the moon worshipped Lord Shiva and the God granted his wish after years of worship. Later, he resided here in eh shrine of Somnath forever.

Another important name in the list of Jyotirlinga temples is the Trimbakeshwar temple situated close to the Brahmagiri mountain. It is the origin of River Godavari which is also famous as Gautami Ganga. Based on the tales in the Shiva Purana, Gautami Rishi and River Godavari River pleaded Lord Shiva to stay in the place and as such Lord Shiva took the form of Trimbakeshwar. The most fascinating thing is the shape of the Jyotirlinga. There is no shrine in Trimbakeshwar but three pillars in a void. The pillars represent the three most authoritative and powerful Gods – Brahma, Vishnu and Mahesh.

Also called by the name Vaijinath or Baidyanath, this one comes in the top order of visiting Jyotirlingas in India. It is also one of the most sacred shrines of the 52 shakti peeths of Sati in Hindu religion. According to tales of Hindu mythology, Ravana worshipped Shiva for years and requested him to reside in Lanka. Shiva agreed on a condition that Ravana must not put down the Shivlinga until he reaches the destination. On the way, Vishnu influenced Ravana to put the shivalinga at rest. As he disobeyed Shiva, the Lord decided to reside at the same place (in Deoghar) as Vaidyanath. In the month of Shravana, pilgrims from all across the world visit the shrine to seek blessings of Shiva in order to wash away their miseries, misfortune, ill health and attain salvation.

Popular all across the country as the Golden Temple of Varanasi, Kashi Vishwanath is one of the oldest Shiva temples in the country. Built by Maharani Ahilyabai Holkar, a Maratha Monarch in the year 1780, it is among the most sacred Jyotirlinags to visit in India in 2019. It is believed that the shivalinga over powered other Gods by emerging out of the ground to offer happiness and liberation to all. Not just this, Kashi Vishwanath is regarded as one of the most sought after spiritual places when it comes to ranking the 12 Jyotirlinga in the country. If you are up with any last minute plans to visit this iconic Shiva temple, book cheap last minute flights to Varanasi at the earliest.

Below mentioned are the daily timings of darshan and rituals:

To all the religious folks reading the blog, you can book cheap flights to the nearest airports to these destinations at Indian Eagle, a well-known travel booking company.