Alnwick Poison Garden may just be the World’s Deadliest Garden 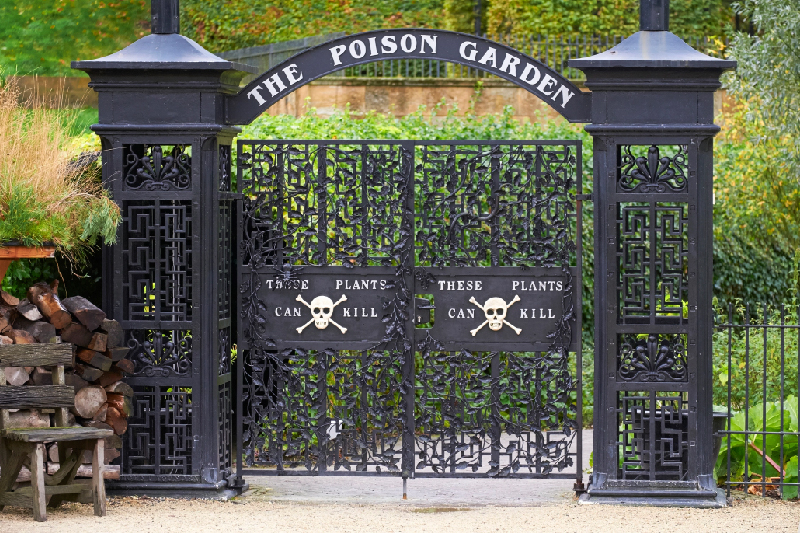 Have you paid a visit to the Alnwick Poison Garden? If not then read on
to find out more about it.

There is a very strange garden in Alnwick in Northumberland, England and
it is a garden full of plants that kill. It has got to be one of the strangest
places in the world! It showcases the largest collection of plants in the UK,
many of them of European origin, including Monkshood, Rhododendrons,
and Wolf’s Bane. It also features the world’s largest Japanese Cherry
Orchard.

It was established by Jane Percy who is the Duchess of
Northumberland. And she got the idea for it when she visited Italy’s
Medici poison garden in 2005. She then commissioned landscape
architect Jacques Wirtz to transform a land full of Christmas trees into a
poison garden.

Ricin (also known as castor bean or castor oil plant) is actually considered
to be the most poisonous plant in the world! You can find this very plant in
the Alnwick Poison Garden! Ironically though, several of these plants
have proven to be medicinal in nature, with abilities to treat serious
diseases. For example, the yew tree, which grows here, releases two
toxins—taxine and taxol. While taxine kills a person within 20 minutes of
its consumption, taxol is made into a medicine that treats breast cancer!

It has been reported that around 6 lakh visitors come to this garden every
year and here, only guided tours are available. They are strictly warned
against touching, inhaling, and tasting any of the plants there; despite this,
there have been cases of some visitors fainting after inhaling some of the
plants and flowers (even with the warning!). This garden is a popular place
to visit for botany enthusiasts.

Intrigued? Follow us on City Village News for more updates on such
exciting and strange news from all across the globe!
India is also a land of exciting and strangest things. Book your flights to India
via Indian Eagle and embark on an enthralling holiday!

Previous article5 Traditional Crafts of India That Make for Great Souvenirs
Next articleENG vs IND Series: India to Take on England for the White-Ball Format