5 Caves in India Caving Enthusiasts Would Love to Explore 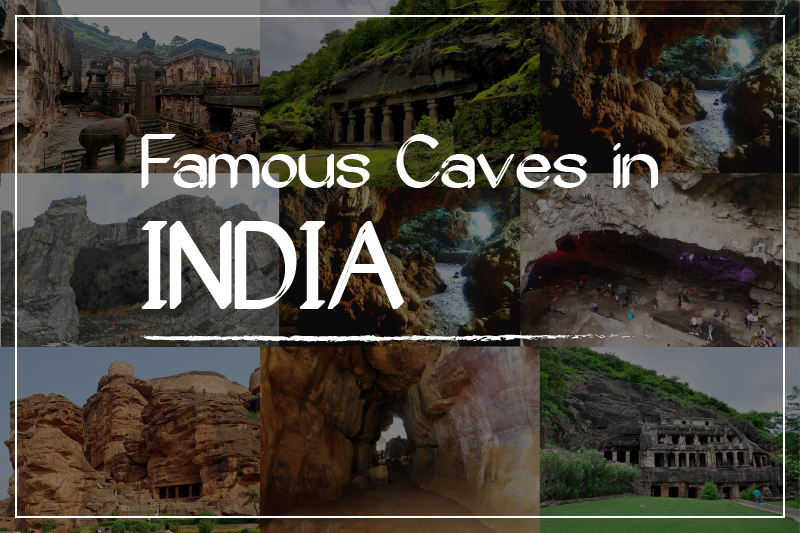 The mysterious creations of nature have always fascinated humans; no wonder spelunking/caving has become a serious pursuit for thrill seekers. With most ancient caves in India assuming historical, religious, art, and architectural significance, caving in this country gets all the more exciting. Shrouded in darkness and immersed in eerie silence; these natural voids under the ground invite you into their world of mystery and leave you in awe of their hidden beauty. So, get ready to explore the spectacular underground landscape of stalactites and stalagmites as well as some of the well-preserved ancient rock-cut architecture at these beautiful caves in India. 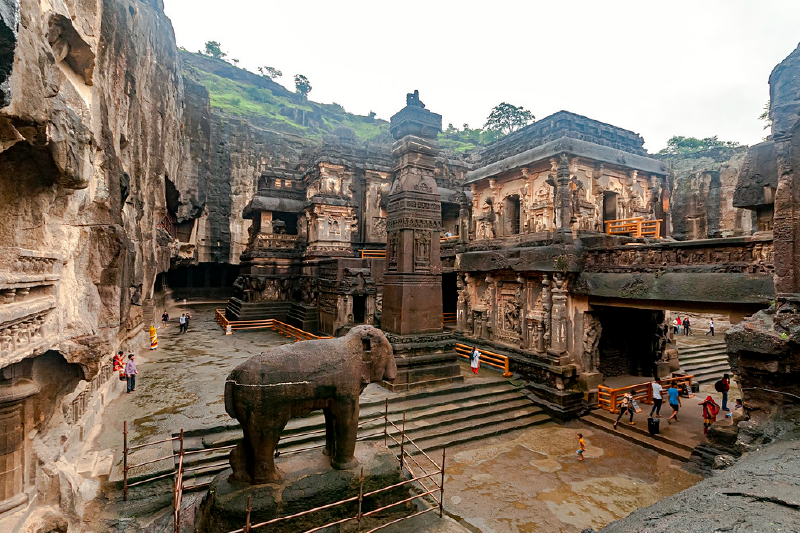 Recognized as UNESCO World Heritage Sites, Ajanta & Ellora Caves in Aurangabad are a set of rock-cut caves featuring painstakingly carved sculptures, stunning murals, paintings, and carvings. While Ajanta is a group of 30 caves, Ellora comprises 34 caves (segregated as Hindu, Buddhist, and Jain caves) carved out of the Charanandri Hills. They are considered to be excellent specimens of rock-cut architecture in India. The remarkable Kailasa Temple (Cave 16) at Ellora Caves is a major attraction here. 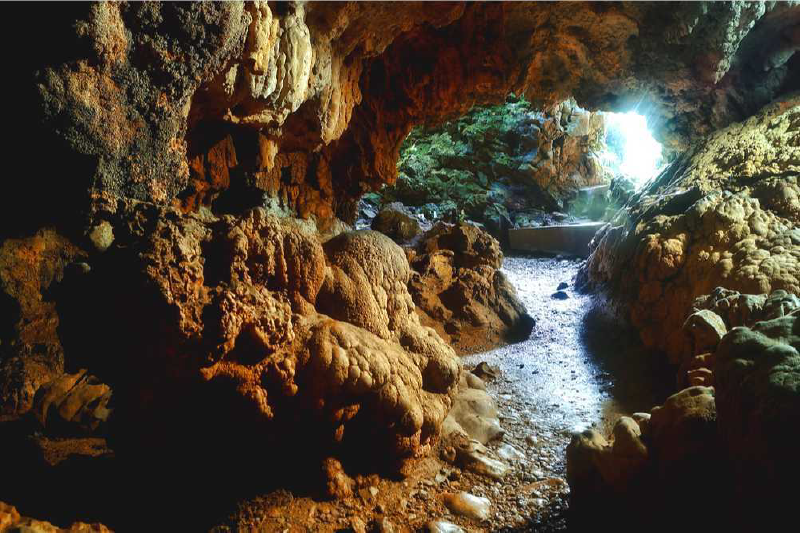 Meghalaya is home to many longest and deepest caves in India. More than 1500 caves have been discovered in the Jaintia, Khasi, and Garo Hills of Meghalaya so far, and some of the famous ones include Krem Liat Prah (the longest cave in India), Krem Puri (the longest sandstone cave in the world), Krem Mawmluh (fourth largest cave in India), and Mawsmai Caves (among the oldest in Meghalaya). Mawsmai Caves in Cherrapunji are known for their striking limestone formations and complex network of chambers and passages, some so narrow that they require you to crawl to get through them. 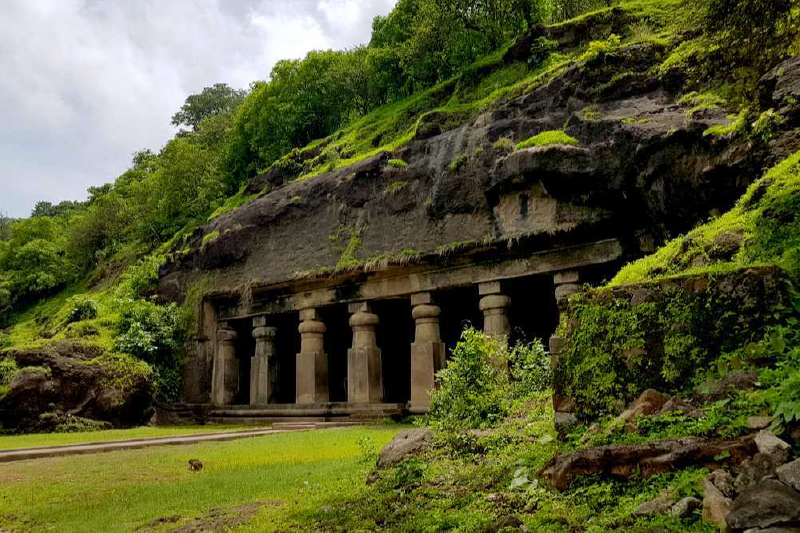 Elephanta Caves are a total of five Hindu and two Buddhist caves, which date back to a time between the 6th and 7th centuries. They are located on an isolated island by the same name (locally called Gharapuri), about 10 km from the Gateway of India. Book your flights to Mumbai to explore these spectacular rock-cut caves, most of which are dedicated to Lord Shiva. You can see many intricate carvings depicting mythological scenes and legends. The most celebrated sculptures here include Trimurti Sadashiva, Nataraja, and Yogishvara. The 20-ft-tall Trimutri Sadashiva (three-faced Shiva) represents Lord Shiva as the Creator, Preserver, and Destroyer of the world. 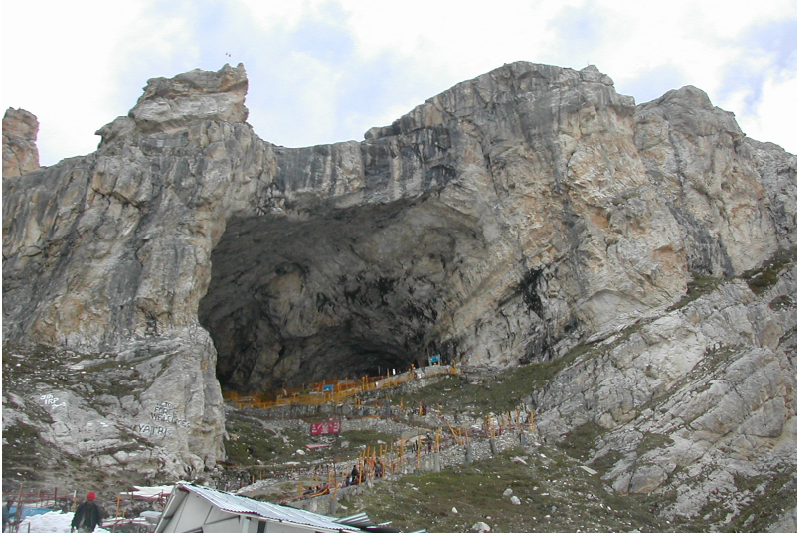 More than 5000 years old, Amarnath Cave is one of the most popular cave temples in India. This cave is situated at an altitude of 3,888 m amidst snow-covered mountains near Srinagar. A large number of pilgrims from across the world take up the arduous pilgrimage to Amarnath Cave every year during the months of July and August to witness the lingam-shaped ice stalagmite formation inside the cave. This ice lingam grows in size during the waxing phase of the moon’s cycle and shrinks during the waning phase. Pilgrims usually go up to 150 meters inside the cave for the darshan of Ice Lingam. 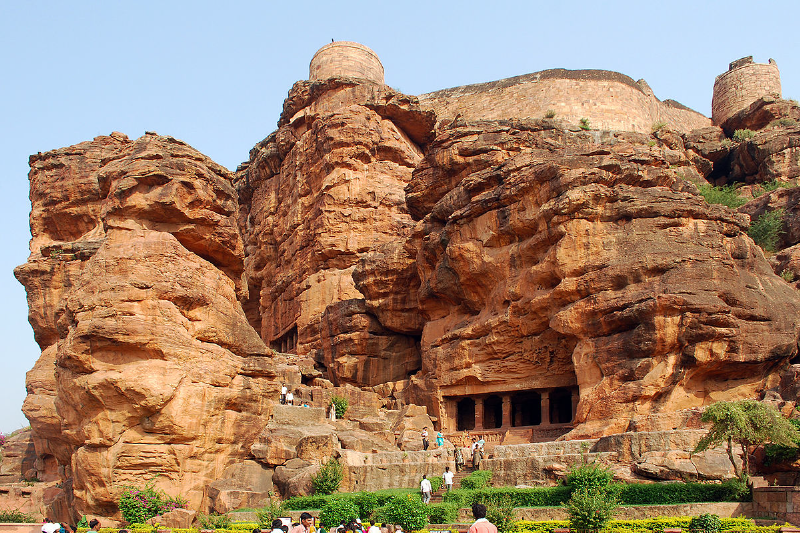 A collection of four caves – three Hindu and one Jain – Badami Cave Temples are carved into the steep face of a huge red sandstone cliff. Considered some of the earliest examples of cave temple architecture; they are beautiful representations of Indian rock-cut architecture, specifically Chalukya architecture. Each cave has an entrance with a mukha mandapa (verandah) supported by pillars and a garbha griha (sanctum-sanctorum). Exquisite sculptures and carvings of Hindu Gods and Jain Tirthankaras adorn the caves. You can see detailed depictions of 18-armed dancing Shiva, a two-handed Ganesh, and Mahavira.