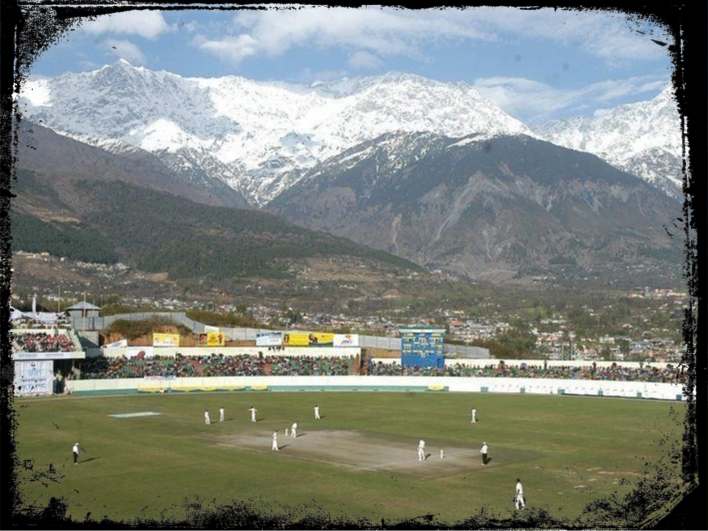 If you are an Indian or you have ever been to India, you must be aware of the kind of enthusiasm and thrill that persists in the people of the country for Cricket. You might think, ‘But Cricket is not the national sport of India?’ That’s true but the sport has found a place in the hearts of Indians since the British era and till date holds the same position. It is in India that you will find one of the oldest cricket stadiums and also the highest cricket grounds of the world. Well, most of us know about Eden Gardens in Kolkata, being the oldest cricket ground in India and the 2nd largest cricket stadium in the world. But, not many of us know that the world’s highest cricket stadium is also in India and nowhere else but in the lap of the Himalayas – Chail Cricket Ground in Chail, Himachal Pradesh.

To all the cricket fans and the travelers planning a tour to India, here’s everything about the Chail Cricket Ground in the Himachal that you must visit once in your lifetime.

The cricket ground is situated around 30 miles from the beautiful hill station of Shimla, the capital of Himachal Pradesh. The ground is settled at a height of 8,018ft above sea level on a hilltop, especially balanced for the site. Encompassed by thick green forests of chir pine and deodar trees on its all sides, the ground offers a mesmerizing view to the visitor. Its remote location away from the commercial markets and traffic in the town of Shimla makes it one of the favorite spots of nature lovers and adventurers (hikers). The cricket ground is currently owned by the Chail Military School. The field is used during the annual sports of the school for the children.

The Chail Cricket Field was constructed by Bhupinder Singh, the Maharaja of Patiala (the former name of the area) in the year 1893. Chail was announced as the summer capital of Patiala when Maharaja Bhupinder was stopped by Lord Kitchener to enter the town of Shimla that served as the summer capital. Feeling insulted, the King decided to build Chail as per his wish and it was in this heat of revenge that the Chail Palace, the temple, lodges and this cricket stadium was built in Chail. The buildings you will find in the area are constructed in bold architectural styles that suited the then Maharaja Bhupinder Singh.

He was a big cricket fan and as such decided to build the highest cricket ground in terms of altitude on the hilltop. The King himself sponsored many teams during his reign and often used the ground to play local games for entertainment. The king also formed an official cricket team named Patiala XI. The team eventually became the best in the country and the Maharaja, as the team captain, played around 27 matches during the period of 1915 to 1937. On the establishment of the Indian Union, Maharaja Bhupinder Singh donated the cricket ground and the nearby building to the central government and the Chail Military School

Matches in the Chail Cricket Ground

As aforesaid, Chail Cricket Ground is now under the Chail Military School and the field is used by the school children during annual sports. Even back in the years when the cricket ground was exclusively used for cricket, it never hosted test matches or any first-class matches, the reason being its condition. The cricket ground is considered underdeveloped for national and international cricket tournaments. Even if a major game is planned to be conducted in the ground, it first needs to be approved by the Chail Military School.

If you are a hard core cricket fan, you must visit this beautifully settled cricket stadium. After all it is the highest cricket stadium of the world!

Previous articleBhangarh Fort – The Truth behind Its Horrific Stories
Next articleDid You Know these Interesting Facts about North East India?