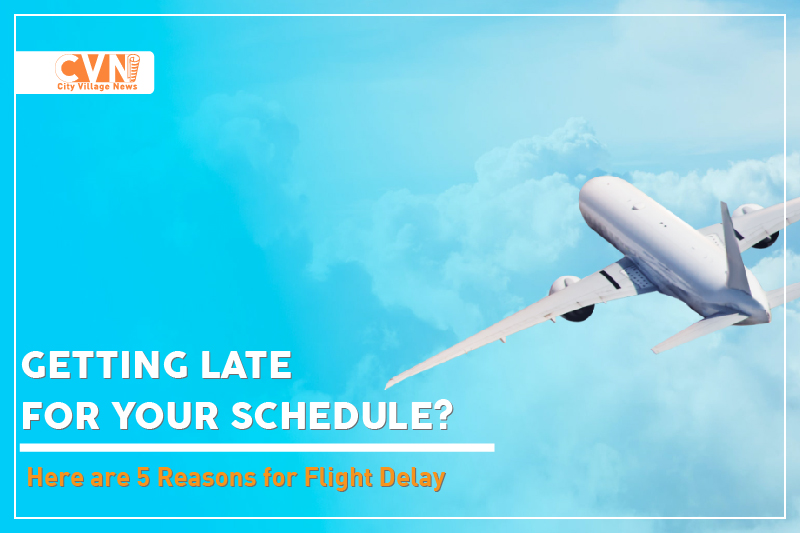 Though they are annoying, delays in flight arrivals are very common. Here are a few reasons for flight delay:

Whether you are a seasoned traveler or someone who travels on occasion, you must be aware that nothing everything in life is perfect. Not everything happens the way you want it to happen.

And when it comes to flight journeys, there is no exception: over 20 percent of airplanes get delayed for various reasons. Let us explore the reasons for flight delay.

Bird Strikes are quite common in the flight industry and, depending on the effect a plane endures, it can be dangerous. Bird strikes happen when a bird damages the aircraft in any way or enters the motor; this is an issue that is so serious, it can cause flight delays.

For an airplane to land, it needs permission from the Air Traffic Controls (ATC). When there are too many of them in the air, once in a while the airspace gets occupied and thus, the ATC focuses on prioritizing landing and aircraft separation. This could be another cause for delay in flight arrivals.

There is another issue. Certain regions of the world do not get the same radar coverage as in, for instance, Europe or the United States. This requires air traffic regulators for bigger timeframes between departures and arrivals, so as to guarantee safety.

Here are some Air Traffic Control secrets if you want to know more.

ATC requires for a flight to depart, there must be a certain number of crew present. This is so that the flight journey will go smoothly. However, when any one member of the crew or the pilot is delayed in arriving, then the flight will not leave until they are present. In this case, the passengers are entitled to compensation, since this delay is from the side of the airline.

Here are some flight etiquette tips you probably didn’t know about.

Aircrafts are required to undergo a strict and thorough maintenance procedure. This is very right, especially in the light of several air accidents that have occurred so far due to technical or mechanical issues that hadn’t been addressed on time. Hence, if there is some damage or repairs to be made, then this could cause another flight delay.

Some of the issues that can occur before take-off are:

There are some mandatory checks that happen to prepare an aircraft before it can be ready for take-off. Some of the main checkpoints are:

There is scope for delay in any of these activities.

These are some of the usual reasons why flights are delayed.

Flight delay is not always a bad thing, at the end of the day. Who knows, if the airline crew were too hasty, they would be the ones responsible for anything issue that occurs during the flight journey. Every airline aspires its passengers to have a smooth journey, as much as possible, and strives to do so. If you’re contemplating an international journey, especially from USA to India, then you can consult with Indian Eagle to get the cheapest tickets that the travel industry can offer.

Previous article
5 Things to Consider When Booking Business Class Flights
Next article
About Taj Mahal: the Appeal and the Mystery