5 Interesting Facts about Ahmedabad That Will Blow Your Mind! 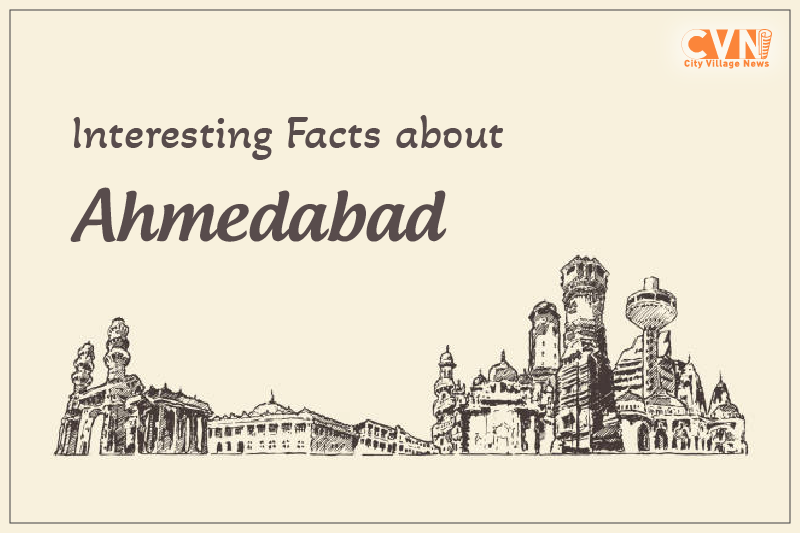 Ahmedabad is best known for being the birthplace of the Father of India, M K Gandhi. It was once the capital of the Indian state of Gujarat, before Gandhinagar was founded and made the capital in its place. That does not mean that Ahmedabad has since lost its significance—it is in fact one of the oldest and largest cities in the country with lots of tourist attractions. There is still a great scope of tourism here. For instance, here is a guide to visiting Statue of Unity.

The history of Ahmedabad is very fascinating to history enthusiasts.

Here are some interesting facts about Ahmedabad you should know before visiting the place.

Even though it was only in 1411 CE that Sultan Ahmed Shah founded the city, Ahmedabad had been inhabited since the 11th century. It was then called Ashaval. In the year 1487 CE, his grandson, Mahmud Begada, fortified the city with an outer wall that was 10 km in circumference.

Later, in 1573, Ahmedabad was taken over by the Mughal Empire, one of the most important dynasties in the Indian subcontinent. But they surrendered it to the Marathas in 1744.

After the fabled stock Bombay Stock Exchange, the second oldest stands in Ahmedabad—the Ahmedabad Stock Exchange—which Ahmedabad is famous for. It is currently owned by the Government of India. Its logo consists of a Swastika—the Hindu symbol depicting wealth and prosperity.

Originally established as a Public Charitable Trust in the year 1894, the Ahmedabad Stock Exchange functioned under the Bombay Securities Contracts Act, 1925. Since being taken over by the Indian government, it has been under The Securities Contract Regulations Act, 1956.

Ahmedabad has the second oldest Indian Institute of Management (IIM) in the country, following the IIM Calcutta. IIM Ahmedabad was established in the year 1961 with the support of the Government of India, the Government of Gujarat, and Harvard Business School. Also, the physicist Vikram Sarabhai and the businessman Kasturbhai Lalbhai played pivotal roles in setting up the institute.

Kamla Chowdhary was the first faculty to be hired to the Indian Institute of Management, Ahmedabad, in the year 1961. She played an important role in its early years.

Eat with the Dead – Only in Ahmedabad

The New Lucky Restaurant is perhaps the only eatery in which you eat in the presence of the dead! Don’t believe me? You can check it out—exposed gravestones and burial sarcophagi that you will find there!

The site of the restaurant, before it was built, was actually a grave, although it is unclear who was buried there. If you’re wondering whether such a commercial place was built on top of the graves, the answer is no, but it was built around the graves, so as not to disturb the dead. It is admittedly a place that would be on top of the list of a daring adventurer!

One of the most interesting facts of Ahmedabad is its Narendra Modi Stadium (formerly called Sardar Vallabhbhai Patel Cricket Stadium). As per the latest 2022 statistics, it is the largest stadium in the world! It has a seating capacity of 1,32,000 people.

Commonly called Motera Stadium, it is owned by the Gujarat Cricket Association. This structure was built in the year 1982 with the help of donations from the Government of Gujarat. This is where Test, ODI, T20I, and Indian Premier League cricket matches have been taking place ever since.

These are some interesting facts about Ahmedabad. It is safe to say that you shall not get such experiences anywhere else in India or perhaps, even in the world. You should hop on to one of the Cheap flights from philadelphia to ahmedabad, to fly down here and experience these adventures yourself!