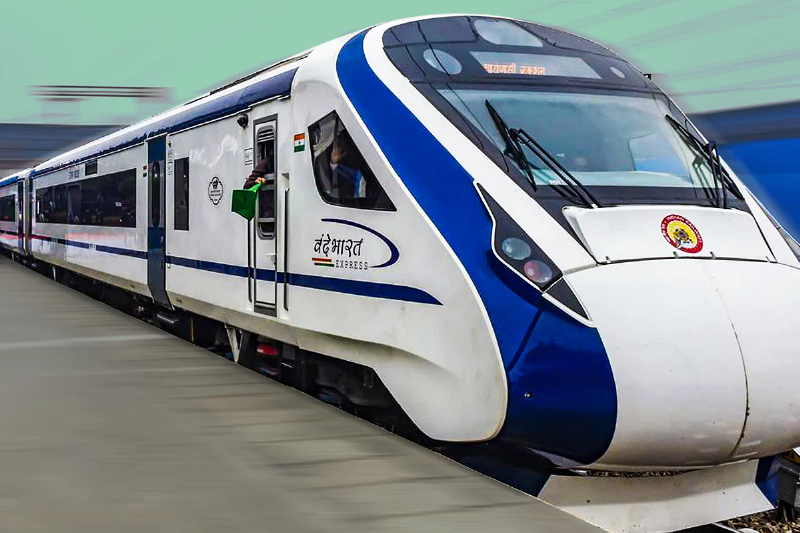 As per a recent update, soon the Vande Bharat Express will run on new routes such as Delhi-Patna, Mumbai-Ahmedabad, and Chandigarh-Ambala. As of now, there are only two routes that are operational – the New Delhi-Varanasi route (which was also the inaugural Vande Bharat train) and the New Delhi-Katra route. Other proposed routes are New Delhi-Chandigarh, Delhi-Lucknow, Mumbai-Pune, Howrah-Ranchi, Howrah-Puri, and New Delhi- Amritsar. Most routes are from New Delhi as of now. But other cities will also connect destinations across the country with the Vande Bharat trains. For instance, several new routes are already planned from Mumbai.

The plan was to ready at least 45 Vande Bharat Trains in the FY 21-22. But production was delayed due to Covid and other issues. So, some 10 trains were ready by August 2022. Within the next three years, the government of India plans to manufacture at least 400 new Vande Bharat trains. By the next Independence Day, the plans are to ready at least 75 new trains.

About the Vande Bharat Express

Vande Bharat Express is a locomotive-less train. It is also referred to as Train 18 as it took a team of experts 18 months to get it ready and functional. Indian engineers worked on the design and manufacturing of this special train, which will eventually replace Shatabdi Express (the once-upon-a-time Queen of the Indian Railways).

The design and capabilities of Vande Bharat Trains (both initial and current models) are a new development for Indian Railways. Once the production is on track and trial runs more frequent, expect more and frequent additions to the Vande Bharat train routes.

It is a Make in India initiative. It has an aerodynamic design and further improvements and new upgrades are already in the offing for new rakes. Each train will have 16 compartments with 1128 total seating capacity as usual. But new rakes will also have emergency windows (4 per coach) and other facilities in case of AC or power failure. The new coaches will also have improved designs for reclining seats. Wi-Fi, GPS-based information system, and bio-vacuum toilets are other new facilities incorporated into the coaches of the new Vande Bharat trains.

India’s new advanced express train has been in the news from its initial planning days. One recent update is about a new achievement in its speed capabilities. In a trial run on 26th August, it achieved the highest speed of 180 km/h. The trial run was from Kota (Rajasthan) to Nagda (Madhya Pradesh).

The train, it seems, is capable of gaining such high speeds. But the current track infrastructure in the country is not supportive of the same. It can gain the speed of 160 km/h in a little over two minutes. It can even breech higher speeds given the infrastructure is as per its requirements.

So, now if you take flights to India, you have many new special trains available to take you across cities as you travel the country. For those who love train journeys, travelling via this ‘Make in India’ special train can be a beautiful experience. So, check the new Vande Bharat train routes and make your travel plans.

Previous article
Which is The Best Airlines to Fly from USA to India
Next article
5 Interesting Facts about Ahmedabad That Will Blow Your Mind!