5 Rajasthani Food To Get You Drooling! 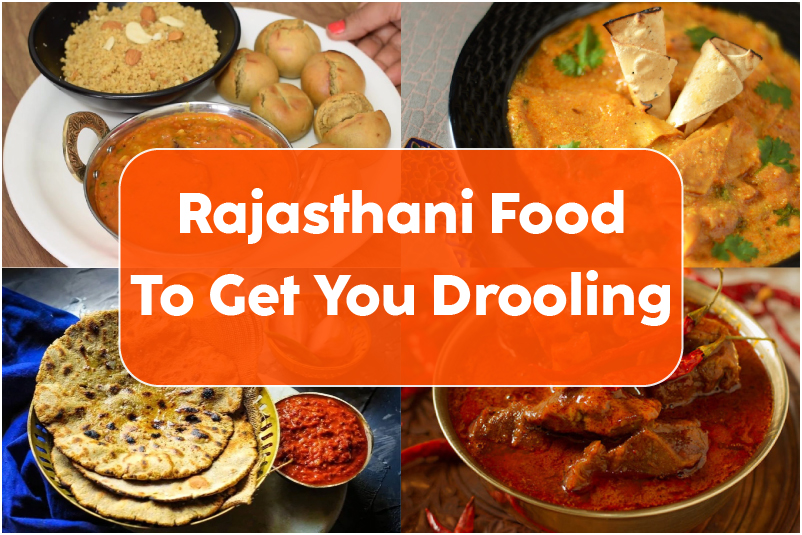 The old Rajput warrior tradition and desert condition influenced the Rajasthani food that we know today.

Rajasthan is a state in northwest India that was once known for warrior
people known as Rajputs. In fact, the region they lived in – modern-day
Rajasthan, and parts of Madhya Pradesh and Gujarat – was called
Rajputana.

Today, this same war-like tradition has influenced the people of Rajasthan,
including their culture and cuisine. And, being home to the largest desert in
India, the Thar Desert, there is also a frequent lack of availability of food
and water. This has also structured their eating habits.
When you travel from USA to India or any part of the world, near or far,
here is a list of some of the Rajasthani food you must look forward to. 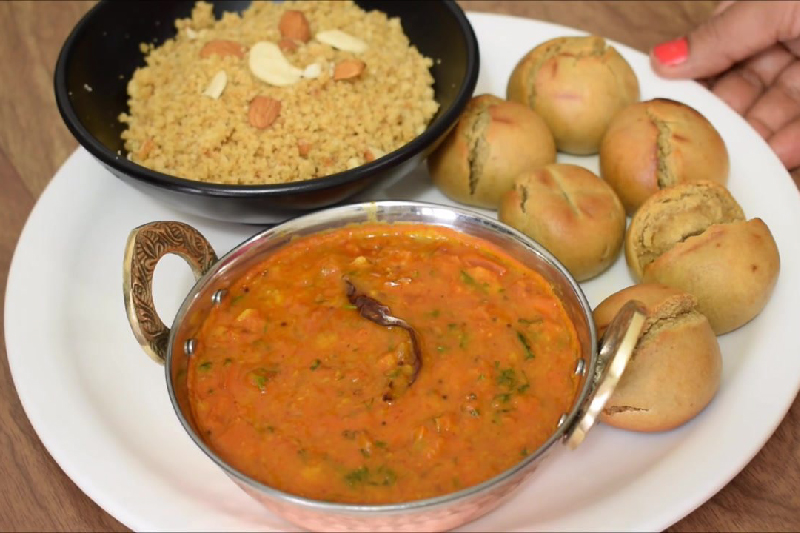 Did you know that dal baati churma is a signature dish of the state of Rajasthan? That is all the more reason this should be the first on your list of typical Rajasthani food to taste. The baati is a hard bread, not raised. This gives it the boon of long shelf life, hence it is the most sought-after foods by the locals. The dal refers to a dish made of lentils and the churma is nothing but a minutely ground wheat mixture that is crushed and cookedin ghee and jaggery/sugar. Theprocess sounds simple but this dish is not easy to make. It is best tasted when made by experts. 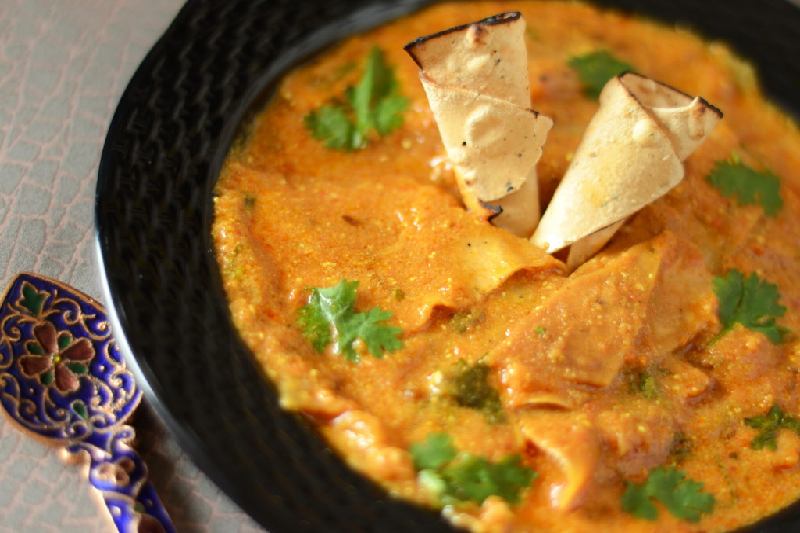 This Rajasthani special food is a must-try for all visitors to the state. Since the state of Rajasthan is very dry and has a shortage of water, the locals have come up with a solution for when they run out of vegetables.Papad ki Subzi has become a very popular dish now. Papads (thin Indian flatbread made of lentils) are roasted, before they are broken coarsely and added to a yogurt gravy made of gram flour, chili powder, turmeric, and chopped coriander leaves. It is usually served with rotis. 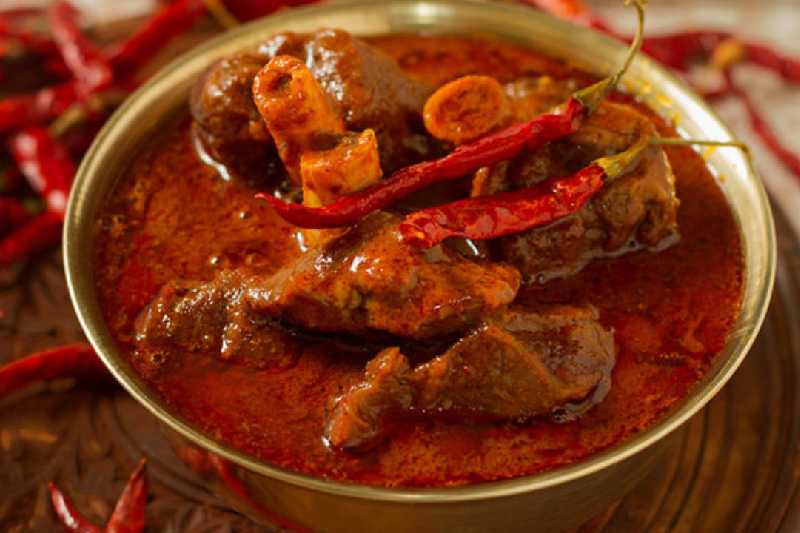 Rajasthan is predominantly a vegetarian state, but non-vegetarian food is also relished here. Laalmaans is an example of a popular non-vegetarian dish. It literally translates to “red meat”; it got its name due to its red color. Traditionally, it was made with wild boar or deer; today, it is made with marinated spicy mutton curry cooked on a low heat in a spicy sauce of red chilies, garlic paste, sliced onions, and curd. If you are a meat-eater, you must try this dish at least once! 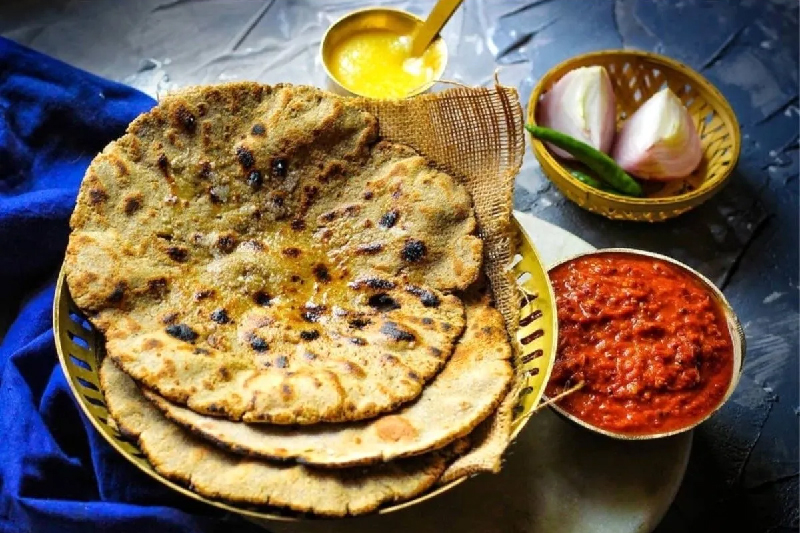 Bajra ki roti is a dish enjoyed by locals throughout the state of Rajasthan. It is primarily made of pearl millet flour rolled into thick rotis and cooked over fire. These rotis are usually served with a garlic dip made from is garlic, red chili powder, lime juice, jaggery, and homemade butter. This has got to be the best Rajasthani food in the region! 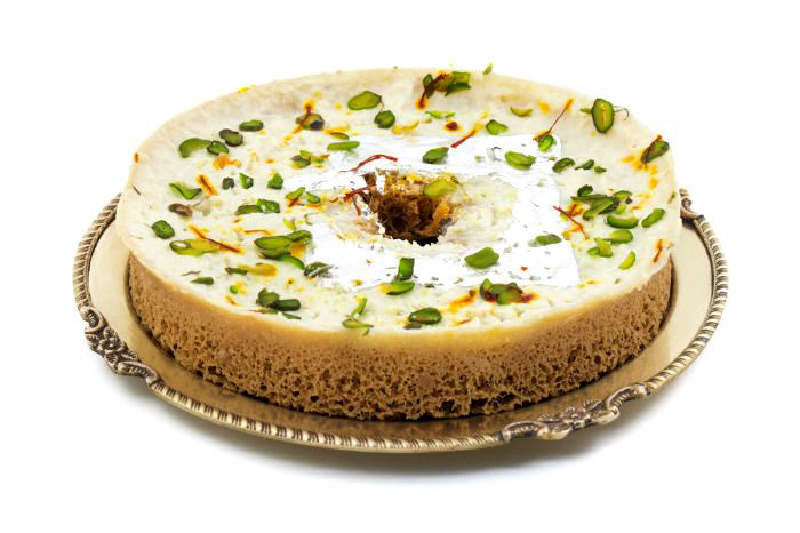 Ghevar is a sweet dessert, which is essentially a disc made of wheat flour, soaked in ghee, milk, and topped with sliced almonds. This sweet dish is made of a crunchy texture and is made in a mold.

Are you ready to dive in and take your first taste of Rajasthani food? Comment below if you do!

Best Indian Dishes to Try At Least Once in a Lifetime

India is known as the Land of Spices with more than 40 types of seasonings and flavorings. Its spices and dishes vary from state...
Food

7 Highway Dhabas in India That Every Foodaholic Must Visit

The best part about road trips is eating lip-smacking food from the roadside dhabas (eateries). Imagine driving in rainy weather, halting at a dhaba,...
Food

Out of the many initiatives the state government has made to boost Gujarat Tourism, Rann Utsav is the most popular and lively one. A...