The Advent of 5G in India and What it Entails 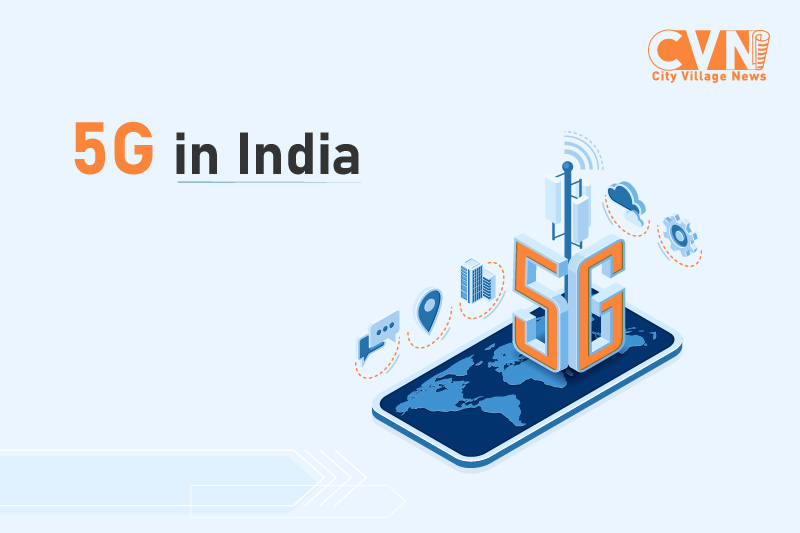 As India was just beginning to accept the high-speed 4G network, a new generation of network; 5G, was announced in many parts of the world. In many developed countries, there was skepticism about the use of the 5G network. But slowly as smartphone companies began integrating this network into their new launches, people were keen to use its high-speed services.

5G in India or better to put it this way; the 5G era in the country began towards the end of 2021 after an indigenous test project was completed. Now, most of the new mobile phones that are launched in the country have access to this high-speed network.

5G is the fifth generation of mobile networks. It is the next in line after 1G, 2G, 3G, and 4G networks. It virtually connects smart devices and delivers an increased multi-Gbps data speed, a higher reliability, availability, network capacity, and a low latency along with a uniform user experience.

Difference Between 4G and 5G

As it is an advanced generation of mobile network, 5G is better than 4G in almost every area. Here are some of the differences between both 4G and 5G.

Which Country was the First One to Launch 5G Services?

Most countries including the United States, United Kingdom etc were in the race to start offering 5G services to their citizens but South Korea became the first country to accept and roll out 5G services on April 3, 2019.

Bharti Airtel along with Huawei were successful in conducting India’s 5G network trial. Slowly other competitors such as Jio and Vodafone Idea began offering the 5G services to their users in 13 major cities that include New Delhi, Mumbai, Bangalore, Hyderabad etc. Although most of the people in the rural areas still do not have access to 4G services, it is to be seen how the 5G services will be rolled out throughout the country.

Now Ahmedabad-based Adani Group, which is well-known for port development and operations, is all set to enter the 5G telecom race in the country. It is said that the new 5G spectrum will also be utilized in order to create a private network that will support the group’s businesses from airports to power.

5G Scope and Challenges in India

The rollout of the 5G services all over the country can add up to 35,00,000 crores to the Indian economy. Here are some of the benefits of 5G in India.

Here are some of the challenges that can come up while implementing 5G services in a country like in India.

The rollout of 5G in India will not only help people with better connectivity and enhanced surfing speed but can be seen as a step to make it into a more digitally powerful country.

Stay updated with the latest happenings in the tech world with City Village News.

Indian airports and airlines are now constantly upgrading their infrastructure and services with new tech and innovations. The latest in line for one such...
Tech

Digital Tourism: The Future of Travel in a Digital Age

With the advancement of technology, travel experience has also changed over the past few decades. It is expected to transform even more in the...
Tech

Nothing Phone 1 Releasing on 12th July: Know All About It Here!

In the first week of June, OnePlus co-founder, Carl Pei, had announced that his consumer tech start-up, Nothing, will be releasing its first smartphone—the...
News

After shutting down Google Hangouts for Workspace users in February, the popular tech giant, Google is now starting to migrate people who had access...