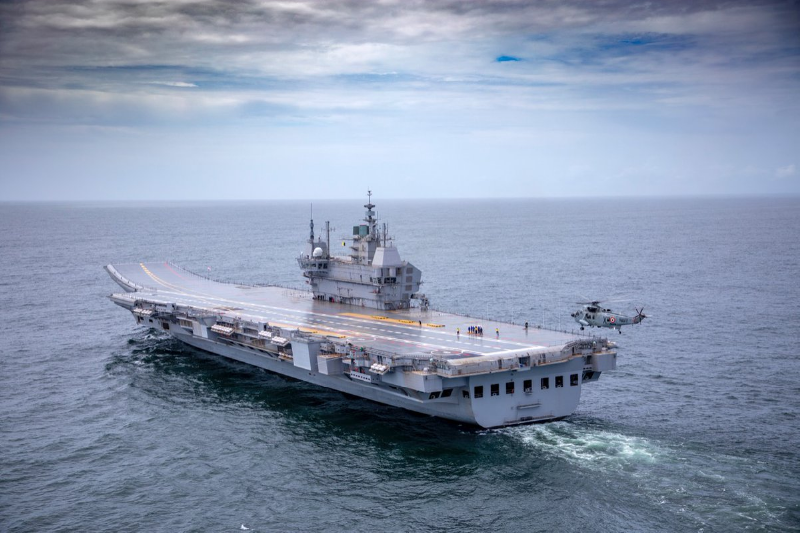 2nd September, 2022: INS Vikrant is commissioned. A momentous day indeed. The ceremony took place in kochi (where it was built).

INS Vikrant – a culmination of momentous 13 years and beginning of a new service era for the majestic aircraft carrier. Today it is time to hail the new INS Vikrant and India’s capacity to build indigenous Naval vessels.

Government’s ‘Make in India’ scheme seems to be really taking off in every big and small way – and what can be bigger than the INS Vikrant. And no, it’s not only about the sheer size of the vessel.

Yes, INS Vikrant – the first India-made aircraft carrier – is ready and commissioned. And it is a big deal in more ways than one.

So, what exactly is the big deal about INS Vikrant?

The new INS Vikrant has a motto – जयेम सं युधि स्पृधः and it is a verse from the Rig Veda, Mandala 1 (dedicated to Indra; 8th sukta; 3rd mantra). The verse is about becoming victorious against your opponents.

The Built, the Size, and the Facilities

The new INS Vikrant is also called as the (IAC-1), the Indigenous Aircraft Carrier 1.

The dimensions: INS Vikrant is 262 m long, 59 m in height, and 62 m wide. It weighs around 45000 tons. Six helicopters and at least 12 fighter jets can be operated at the same time from its huge flight deck.

INS Vikrant can accommodate more than 1600 crew members. It can also have 30 aircraft on board at a time. It has some 2300 compartments and a big hospital (16 beds, 2 OTs, 1 ICU). Essentially, it is equipped with everything required on an operational aircraft carrier. It’s generators, eight in total, can generate sufficient power to light up a town with millions of people.

Its construction history can further reveal what a huge and landmark task it is to build a naval vessel of this size. The timeline can be traced from 2009 to 2022 when it was commissioned.

The work on its design began in 2009 and the task was not commissioned to any foreign agency. Indian Navy’s Warship Design Bureau (WDB) designed the INS Vikrant.

It was ready to be out of the dry dock in 2011. And two years later in 2013, it was launched. By 2020, its basin trials were complete. Eight months later in August 2021, INS Vikrant began its sea trials. Once commissioned, flight trials will commence and may take a year to complete. The Cochin Shipyard Ltd undertook the massive exercise of building the indigenous INS Vikrant. At least 76% of its components have also been sourced locally. The steel of the vessel is also indigenous.

The Meaning of it All

The big deal about INS Vikrant is, essentially, everything related to it. From its sheer size, the ‘Made in India’ label, its name, purpose etc. It will also be honored with ‘something first in the Navy’.

This aircraft carrier will have a new Navy flag. Yes, a new Navy ensign has been created; a move away from India’s colonial past. The old flag was a modification of the flag from the time of the British Rule. But now a new flag will be seen on Navy vessels. 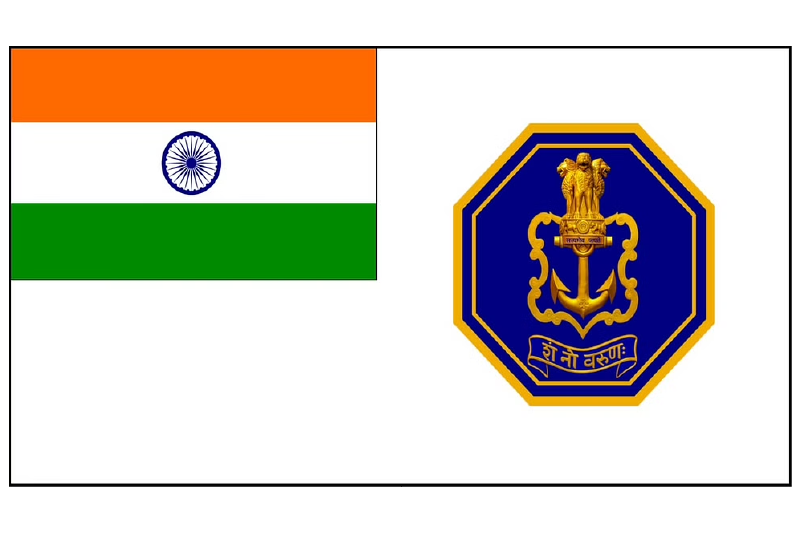 The big deal about INS Vikrant is also that it is enroute a long and arduous journey, which has just begun. Under the sky and floating on the sea waters; this aircraft carrier is about to see and endure a lot – by the elements alone. This steel behemoth – the pride of Indian Navy and India – will float proudly across Indian and International waters; protecting the country and its people and those who guard the country’s coastal borders and the country – the Navy personnel.

When you now take flights to India, know that it is country capable of anything and everything.