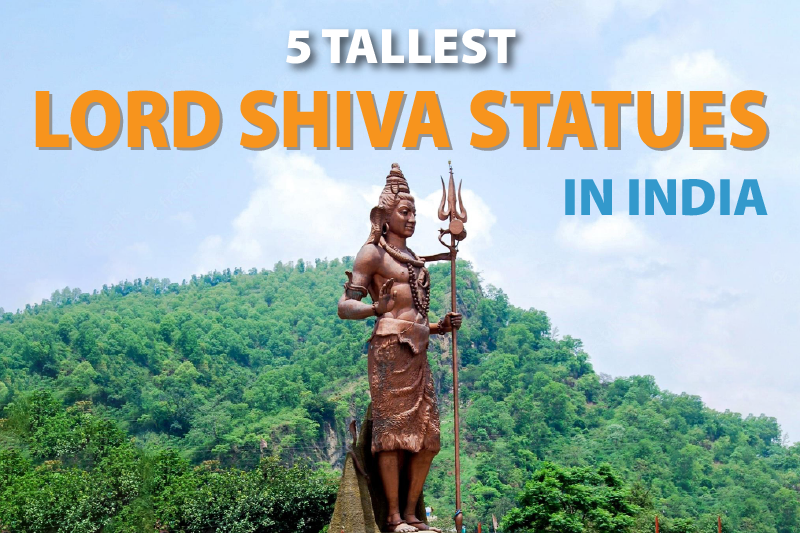 The legend of Lingodbava explains the infiniteness of Lord Shiva. When Mahadev took the form of a radiant column of light, neither His origin nor end could be traced even by Lord Vishnu and Brahma who set out on the search (that is said to have lasted for several years) in opposite directions to locate the starting and end point of this infinite glowing pillar. While Mahadev is depicted as someone who is formless and limitless, bhakti (devotion) is something that enables us to see the transcendent Shiva in both a small linga and a huge statue. Like there are 12 jyotirlingas in India, there are many tall Lord Shiva statues across the lengths and breadths of the country that draw Shiva bhakts in large numbers. Here are the top 5 tallest Lord Shiva statues in India you can visit in this auspicious month of Karthika. 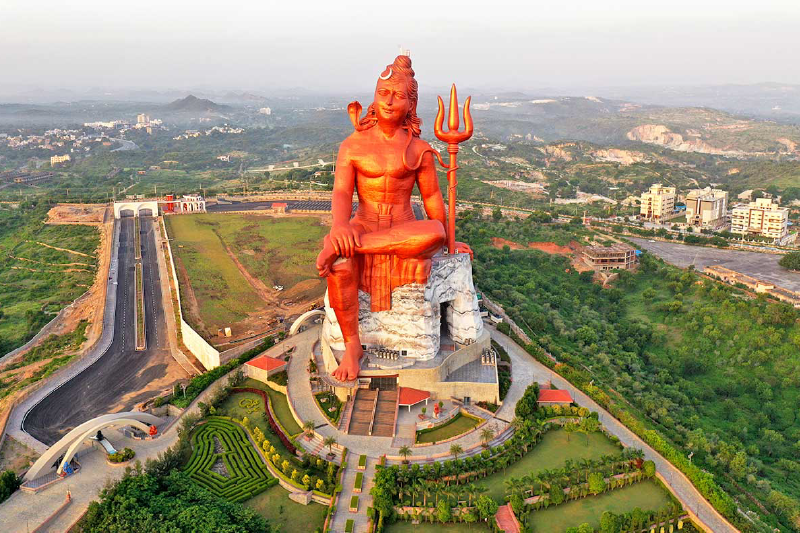 Unveiled just a few days ago, the Nathdwara Shiva statue broke the record to become the tallest Lord Shiva statue in the world. It stands at 369 feet on Ganesh Tekri of Nathdwara and is visible from as far as 20 km away. Named Vishwas Swaroopam – the Statue of Belief, it is designed in a meditative posture and decorated with special lights to enhance its visibility at night. On the occasion of its inauguration, many cultural and spiritual events are being held at the place, and this inaugural festival will continue till the 6th of November. 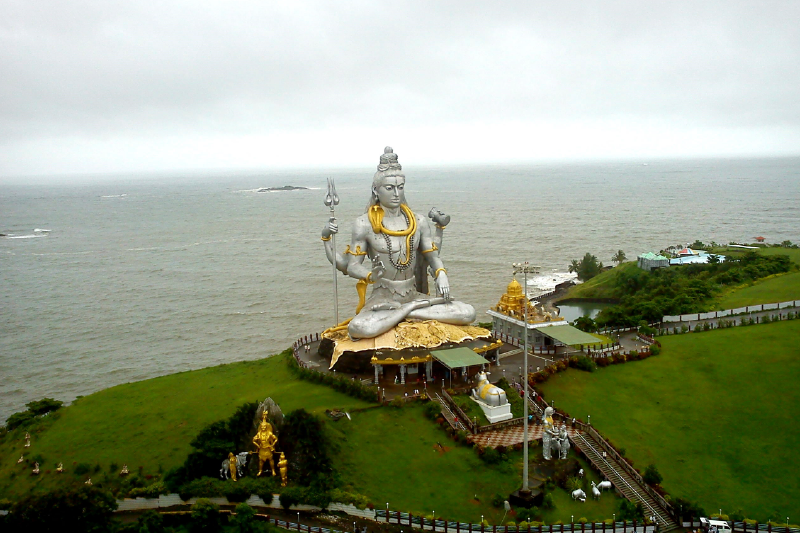 The second biggest Lord Shiva statue in India is located in the South Indian state of Karnataka. You can find this mammoth murti of Mahadev near the famous Murudeshwara Temple. The 123-feet-long Shiva murti rises against the backdrop of the vast blue sky, and this sight will surely leave you humbled. This intricately carved sculpture sits amidst a pretty garden on Kanduka Hill right by the coast of the Arabian Sea. Its well-planned placement makes sure that the sun rays fall directly on the statue, giving it a surreal golden sheen. 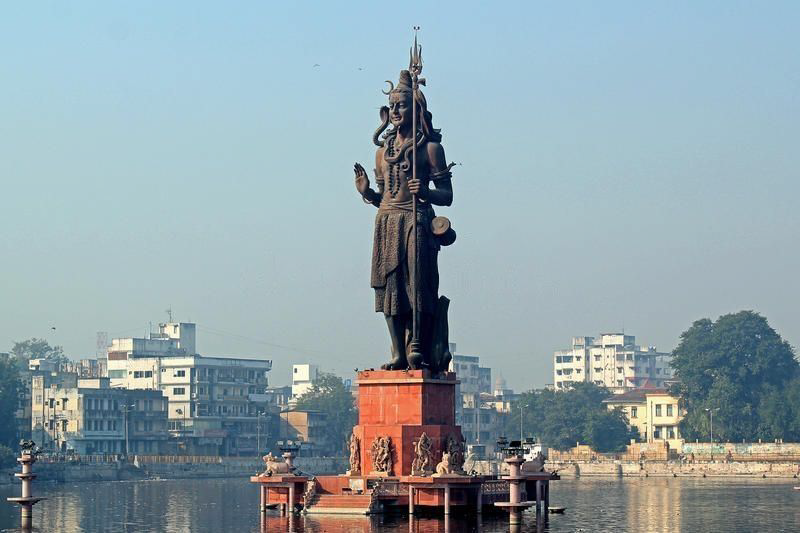 Sarveshwar Mahadev Statue, a standing sculpture of Shiva with Trishul in one hand, stands tall at the center of the tranquil Sursagar Lake in Vadodara. One of the top five tallest Lord Shiva statues in India, Sarveshwar Mahadev is a 120 ft tall colossal statue erected on 23 pilings that run 78 feet deep under the water. It took almost six years to build this beautiful sculpture. The Mangal Mahadev at Mauritius is a replica of this Shiva statue in Vadodara.

Also Read: 7 Smart Tips To Know Before Traveling To India 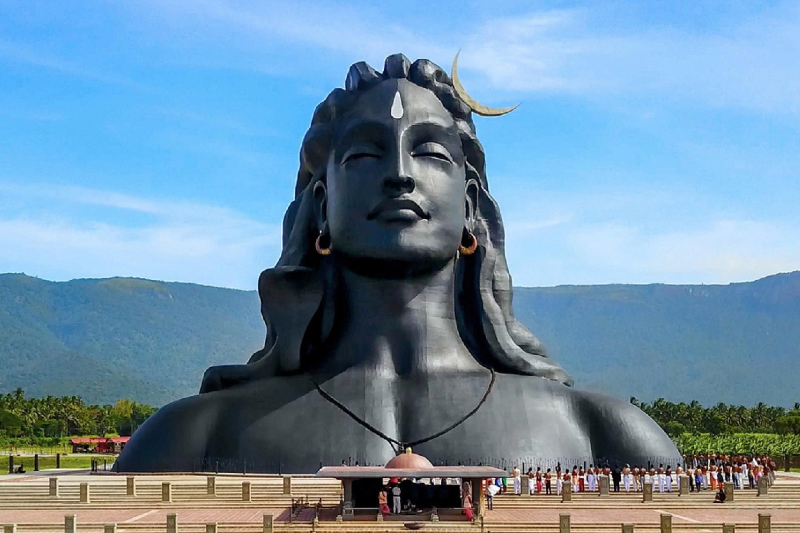 One of the most popular tourist attractions in Coimbatore, the Adiyogi Statue depicts Lord Shiva as the Adiyogi – the first Yogi. The glistening black sculpture of Lord Shiva lies at the foothills of the Velliangiri mountains, on the premises of the Isha Yoga Center. Conceptualized and designed by Sadhguru, this beautiful statue made of 500 tons of steel is recognized as the largest bust sculpture in the world by the Guinness Book of World Records. Its height of 112 feet symbolizes the 112 ways of attaining moksha (liberation). 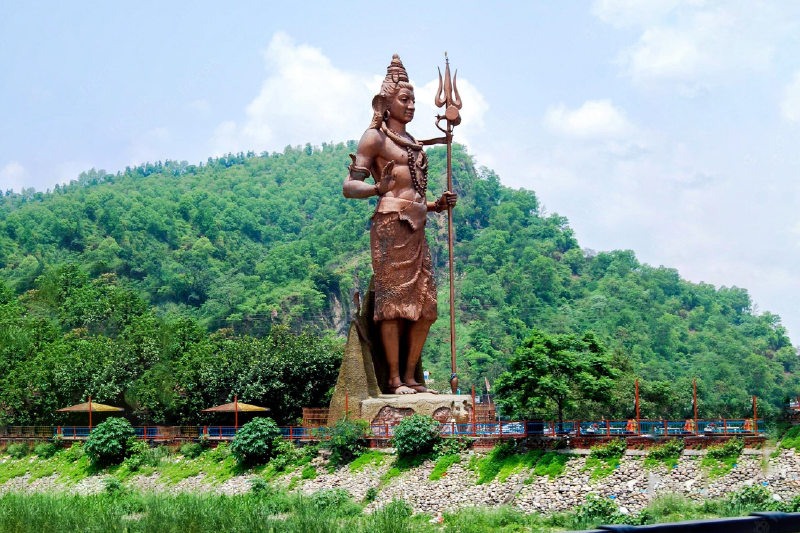 At 100 ft, the Shiva of Har ki Pauri is the fifth biggest Shiva statue in India. This huge Shiva statue is a landmark attraction on the Har ki Pauri Ghat.  It lies within Swami Vivekananda Park in front of the Har ki Pauri Temple, which is one of the important spiritual places in Haridwar. Visit this place during the evening and you can witness the beautiful Ganga Aarti that happens at the sacred ghat right from this park.

How many of these tallest Lord Shiva statues in India have you visited? You can plan a spiritual tour to India this Karthika month and experience a profound sense of divinity at these places. Take advantage of Indian Eagle deals and book your cheap international flight tickets to India now!