Here Are 8 Facts About Kochi You Should Know Before Visiting 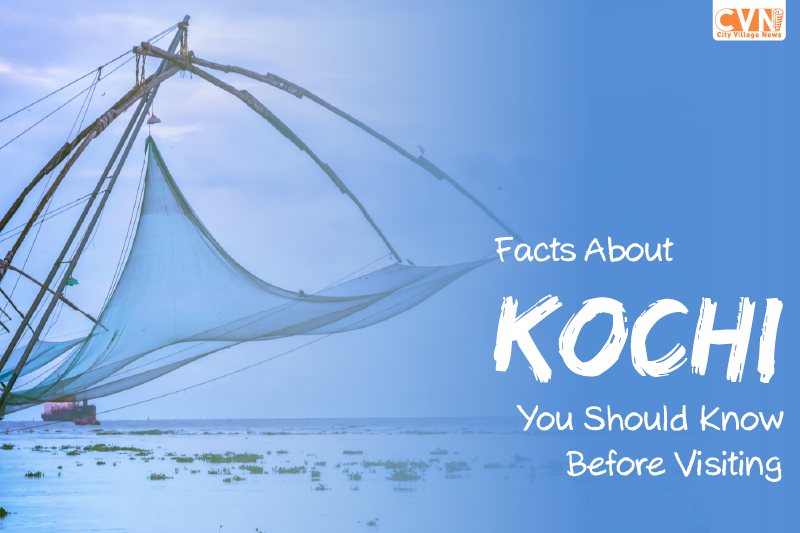 Here are some facts about Kochi you should know when you’re visiting:

Kochi is an important port city on the Malabar Coast, located beside the Arabian Sea, in the Ernakulam district in the Indian state of Kerala. It is one of the most ancient places in India—you can see several proofs in the form of structures still standing.

The best time to visit Kochi is between October and February. You should plan your cheap flights from Philadelphia to Kochi at least 6 weeks in advance.

Here are some facts about Kochi you should know before visiting:

Today, Kochi is also called “Cochin”, which is actually a European variant of the Indian name. “Cochin” was the city’s official name until 1996, when it was replaced by “Kochi”.

The first European church in India was built right here in Kochi, the St Francis Church. It is within the grounds of this church that the remains of Vasco da Gama were originally buried when he died, before being relocated. The church was built by the Portuguese in the year 1503.

Also Read: A Complete Guide to Visit Kochi on a Budget

Kochi is the only city in Kerala to have not one or two, but five major railway stations! These are namely Ernakulam Junction, Ernakulam Town, Tripunitura, Aluva, and Angamaly.

The Queen of the Arabian Sea

Kochi has been dubbed the “Queen of the Arabian Sea”, since it had been important right from ancient times as a major port center for international trade. It still is.

It is only in Kochi – specifically in For Kochi, that you can see Chinese fishing nets. Local folklore suggests that over 500 years ago, a famous Chinese explorer introduced these special nets to the inhabitants of Fort Kochi and that, ever since, these nets have been the common method of catching fish.

The Vasco House is the oldest Portuguese house that still exists in Kochi. Built in the early 16th century, it is believed to have been the place where Vasco Da Gama stayed. It was styled in the typical European glass paned windows and has areas that operated as both balconies as well as verandahs.

The Vembanad Lake is the longest lake in India as well as the largest lake in Kerala. It covers an area of 2033 sq km with a length of 97 km. Also attractive is the fact that this lake is at the heart of Kerala’s backwaters.

Burning of a Portuguese Effigy

Just as the Vasco House still exists, an old Portuguese tradition also still exists here in Kochi. An effigy of the fictional character, “Pappanji” is made and then burnt on New Year’s Eve. In Portuguese, “Pappanji” means “old man”.

In between, if you’re starving, you can look out for some of the best food places in Kochi.

If these facts about Kochi do not excite you, then you should visit the city to check out for yourself.

Previous article
Lesser-Known Monuments of India You Need to Visit
Next article
Extraordinary Rajasthan Temples: The Temple for the Wedding Invites