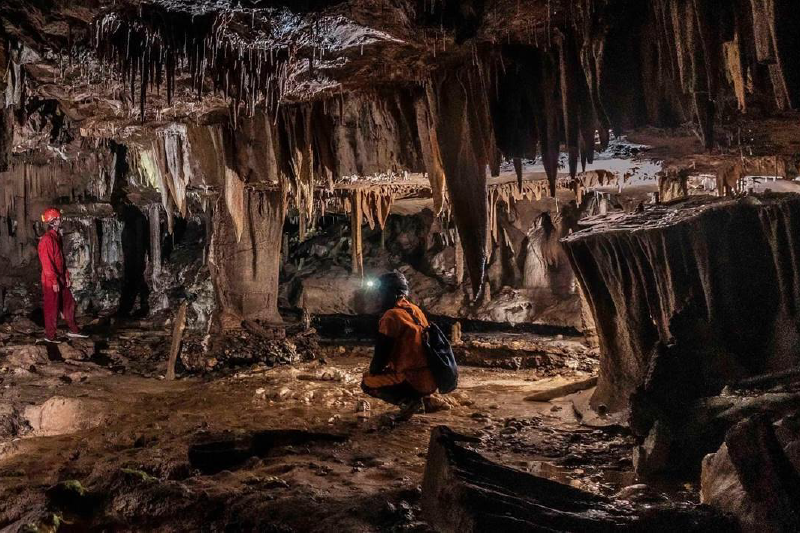 A beautiful state tucked away in the northeast corner of India; Meghalaya is a treasure trove of natural wonders. From the wettest places on the planet to some of the longest and deepest caves in the world, Meghalaya boasts of many unique attractions. Caves, in particular, are among the state’s major drawcards. Now, Meghalaya’s Mawmluh Cave gets a place on the list of UNESCO’s First 100 IUGS Geological Sites.

The International Union of Geological Sciences (IUGS) listed Meghalaya’s Mawmluh Cave among ‘UNESCO’s First 100 IUGS Geological Sites’ in the world. IUGS conferred this recognition on 100 sites from a proposed list of 181 geologically important areas across 56 countries.

Mawmluh Cave, locally known as Krem Mawmluh, is located in Sohra (well-known as Cherrapunji) of the East Khasi Hills District. About 7,190 meters long, Krem Mawmluh is one of the longest caves in India. It was also the first cave explored by the British in 1844.

Krem Mawmluh, which belongs to the Meghalayan Age (the latest age in the Holocene Epoch on the geologic time scale), is famous for its stalagmite formations and a pool formed by five rivers that run through the cave. Researchers found out that the rainwater has surprisingly been dripping from the same spots on the ceiling for more than 1000 years. The stalagmites (towering structures of calcium carbonate) formed deep within this cave played an instrumental role in understanding not only the history of drought within the country during the last 1000 years but also the global climate system. Moreover, a stalagmite within the cave served as a Global Boundary Stratotype Section and Point (GSSP), a key reference point for defining the stages on the geologic time scale.

Have you explored this hidden gem in Meghalaya that holds a lot of secrets? Plan your caving adventure to Krem Mawmluh, now one of the 100 IUGS Geological Sites, the next time you book Indian Eagle flights to Meghalaya.

Previous article
Escape the Travel Blues with these 15 Video Games in USA
Next article
Suggestions for a One Day Trip in Pune for History Buffs!