Onam Mythology of The Great Mahabali and a Game of Power 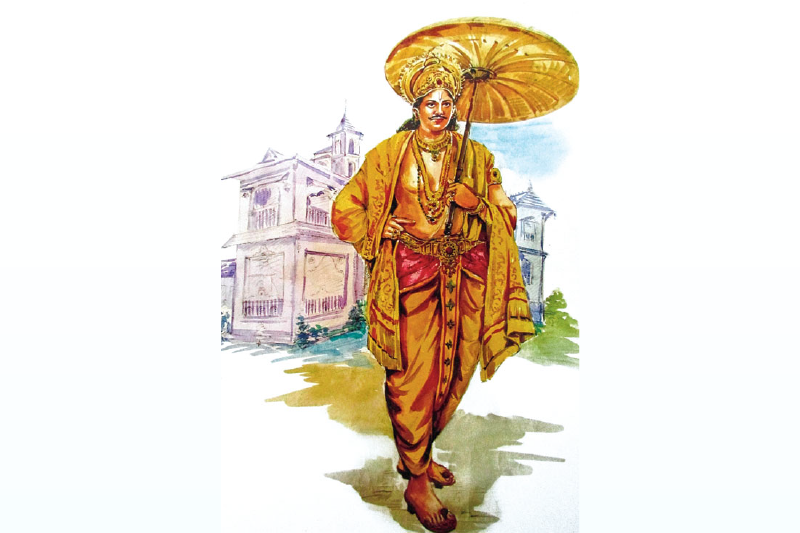 Onam mythology is all about a great powerplay between the Devatas and the Asuras. But it is hidden under layers of the same-old; same-old tales of fighting the bad or containing the evil. With Onam 2022 commencing on 30th August; the story of the Great Mahabali is worth a (re)visit. And it may have been the origin of the festival but its take is evergreen and has traversed not only millennia but yugas.

Mahabali, an asura king with great power, was also very popular due to his benevolence nature. It is said that his kingdom spanned not only the entire earth but also the underworld. And he was ready to take on the skies; the heavens, the Devalok – where the devatas ruled. So, the latter appealed to Lord Vishnu for help (being aware of the fact that Mahabali was a devotee of Vishnu). 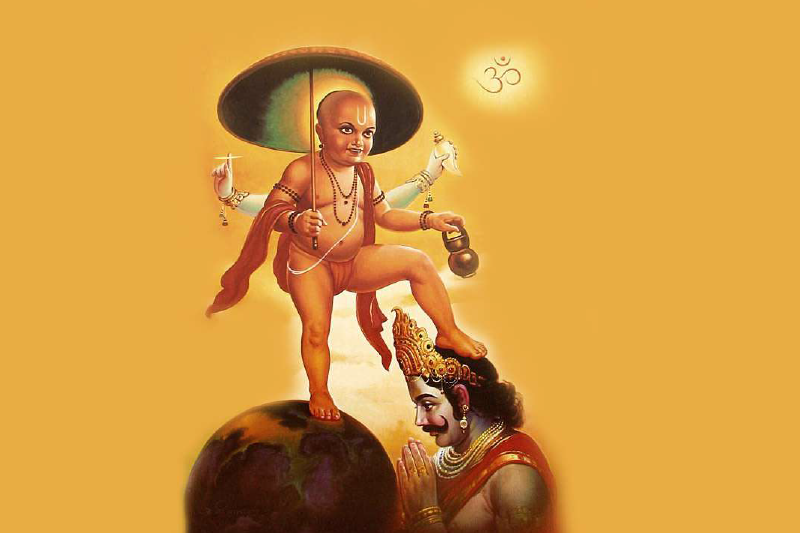 To help the devatas, Lord Vishnu appeared on earth in his Vamana avatar. Now, Vamana means someone short in height or stature. In this embodiment of a short person and a brahmin too, Lord Vishnu asked Mahabali for some land that his feet could cover in three paces. Finding the request almost amusing (for he considered it quite insignificant) Mahabali agreed to it even though his guru warned him that Vamana was Vishnu in disguise.

But then Lord Vishnu, casting his Vamana avatar aside, grew really large in size. With one foot, he covered the earth, with another the underworld. Now, there was the question of the third pace of land. Even though Mahabali recognized the deceit of course, he offered his own head as it was not in his nature to refuse anyone for any alms or help. But he also knew that once he offered his head, it would be his defeat.

Upon these events, he appealed to Lord Vishnu to grant him one wish, which was granted. He wished to return to his land once a year at least to check up on the well-being of his subjects. So, during Onam, Mahabali returns to the land – now Kerala – and visits his people and gets the satisfaction that all is well with them. The feast, Onam Sadhya, is also a means to show Mahabali that his subjects are prosperous and well.

Thrikkakara Temple near Kochi is the place where this event is said to have occurred. Not many Vamana temples exist in India and this is one of the prominent ones. During Onam, this temple hosts a number of events and celebrates the festival with great ardor. 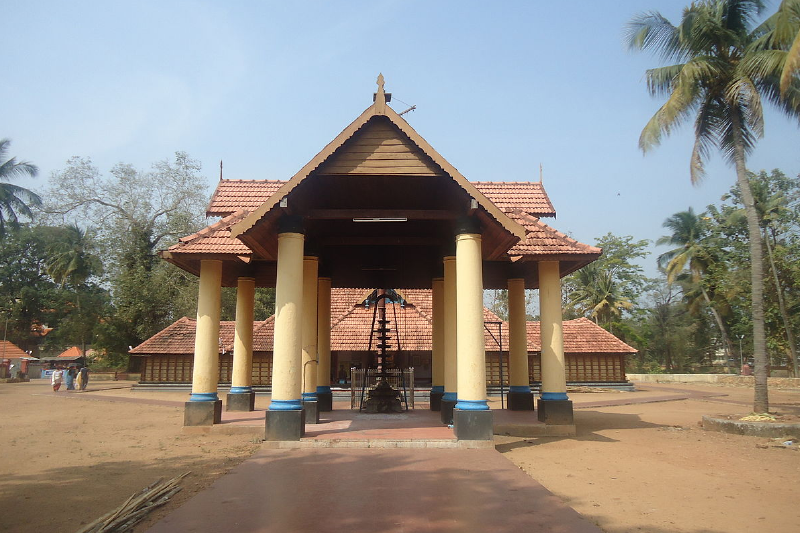 Though devatas justified the deceit as something necessary to restore the natural order in the universe, such instances prevail in various tales of Hindu mythology. Mahabali, in the Onam mythology, is described as a popular king. He deeply cared for his people and ensured the prosperity of his kingdom. He was well-known for his kind nature and generosity.

And he was powerful and capable. He would have definitely conquered the skies and the heavens – the bastion of the devatas. This couldn’t be allowed to occur. Hence, the ‘deceit’ in this game of power.

Keeping the notes on deceit and power games aside, this fable gave way to a great festival. Onam brings people of all religions and statures together. In Kerala, it is celebrated with various traditions such as the Pookkalam (floral decorations), Vallamkali (Snake Boat Races) Pulikali or Puli Kali (tiger dances), various competitions, and of course the great feast known as the Onam Sadhya. Kerala natives actually welcome the yearly arrival of Mahabali.

Onam kind of brings a state together. Even the government of Kerala organizes global and local events to commemorate the 10- day festival.

Onam mythology, which actually is a tale of age-old power games, has become a great unifier for people of a certain land and lineage. It has also made Onam into a big cultural fete and tourism event.

If you wish to take an Onam holiday in Kerala, you can fly to Kochi or Thiruvananthapuram and attend several events in these cities as well as in nearby villages and towns. If you are booking flights to India from the US, check the deals available with Indian Eagle. Kerala is well-connected with flights and trains from major towns and cities in India. So, visiting it and even attending a last-minute Onam holiday, is feasible.

While food is a major part of every celebration - be it a big or small event, a major festival or a fair -...
Culture

What is Homecoming?  Noun A reunion of students returning to a school, college or university.  Being a student is one of the best phases of a human...
Culture

One of the unique cultural events in India is the bright and colorful Tawang Festival. Organized by Arunachal Pradesh Tourism Department to showcase the...